I’m pleased to announce the release of my latest historical romance. The Viking’s Witch is set in Celtic Scotland and blends a sensual love story with adventure and paranormal elements.

In my last blog, I discussed how the book came about, the research involved, and the conflicts that take place in the story. Now I’ll give readers insight into the origins and development of the characters, as well as Odaria’s magic “witch” powers. 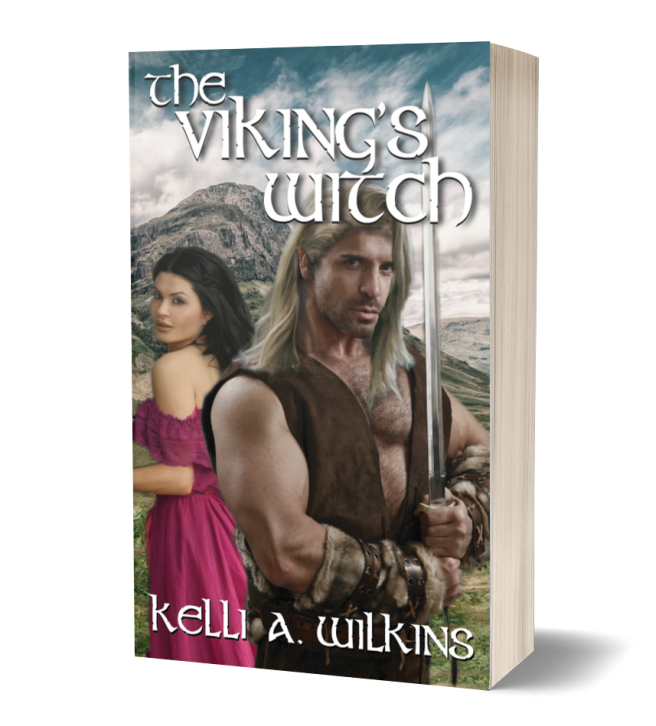 The Viking’s Witch is a traditional historical romance with paranormal elements set in Scotland in 803 A.D. The heroine, Odaria, is what they called a witch back then—nowadays we’d call her a psychic and a healer. Here’s the plot summary:

About to be burned at the stake by her fellow villagers, Odaria does what any betrayed witch facing certain death would do. She calls down a curse. Within seconds, rampaging Norsemen raid the village, capturing everyone except her.

But her reprieve is short-lived, and Odaria lands in the clutches of the Norse leader Rothgar. Can she remain true to herself and fight her growing attraction to this domineering man, or will she fall under his influence and be used for his ambitions?

After Rothgar witnesses Odaria’s powers firsthand, he strikes a bargain with her. The raven-haired beauty will use her magical abilities to help him with his quest in exchange for safe passage off the isle. But can this cunning woman be trusted, or is she using him to exact vengeance on her village?

Together they must fight bloodthirsty villagers, battle a mutinous band of Norsemen, find a missing Norse ship, and learn to trust each other…before time runs out.

Interviewers have asked me how I can create such interesting and diverse characters for all of my books. They want to know where Rothgar and Odaria came from. Well, there’s no real way to answer that other than, I just made them up. (Chris Hemsworth from Thor is pretty much what I envisioned Rothgar to look like—even though I wrote the book long before the movie came out!) 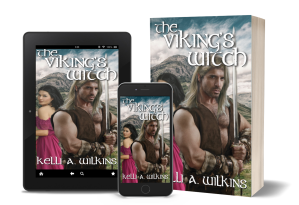 When I create my heroes and heroines I always give them “baggage” and flaws—along with problems to overcome. This way, they can grow and change over the course of the book. Odaria is a strong-willed “witch” who is tired of being abused and ridiculed by the people in her village. She swears she doesn’t need anyone’s help to get by. Rothgar was once a powerful warrior, but a personal tragedy has softened him and left him broken and unwilling to love anyone again.

When they first meet, they each play off the others’ weaknesses. Odaria has no qualms about standing up to Rothgar and arguing with him, and he respects her willful and fearless behavior. Eventually they realize that they need (and want) to be with each other forever.

I like to introduce secondary characters and subplots into my books to flesh out the story. I’m often asked about the secondary Norse character, Nordskog. He’s not the type of “hero” one would typically find in a romance, but he serves an important role in the story. Where did he come from? Well…

I used to work with a woman whose last name was Nordskog and I told her that one day I’d use her name in a book, so I did! Nordskog is a violent, vicious berserkr and has a history with Rothgar dating from Rothgar’s old fighting days. Nordskog’s hatred of Karnik draws him closer to Rothgar’s side as the story develops. After Odaria helps heal his leg, Nordskog displays a protective fondness for her, as well. He’s an impulsive brute, but he’s not stupid. He knows that Rothgar is wealthy and will reward him for his services and loyalty.

But if readers thought Nordskog was bad, the antagonist, Brennan, is even worse.

Brennan has been described by one reviewer as “a perfectly evil villain” which was exactly my intention. I wanted to portray him as an arrogant, self-righteous SOB—but not have his character be too over-the-top. Brennan is a lying, murdering, religious zealot—and that makes him dangerous to Odaria and the other villagers.

Most of the terrible things Brennan’s done happen off-page and we learn about them through Odaria. Each time I wrote a scene for, or about, Brennan, I made him a little more unstable and psychotic, so by the end of the book readers see that he needs to learn his lesson and pay for what he’s done.

Odaria’s “magic” is the catalyst that sets the story in motion and helps bring about Brennan’s demise. When the book opens, Odaria is about to be burned alive for being a witch. She calls down a spell and curses the villagers while unknowingly invoking a Viking raid. Or so it seems…

Odaria uses her “powers” for self-preservation and to get revenge on the people who hurt her. Rothgar doesn’t believe in her “magic” and thinks she’s merely pretending to be a witch to frighten people. But after a highly-charged interaction with Brennan, Rothgar gets a taste of what Odaria could really do if she set her mind to it.

I loved showing readers (and Rothgar) Odaria’s powers of clairvoyance, telekinesis, and psychometry. The scenes that included the “magic” elements were a lot of fun to write. I’ve always been interested in psychic phenomena and other New Age/paranormal subjects, so it was easy for me to incorporate what I know into Odaria’s character. 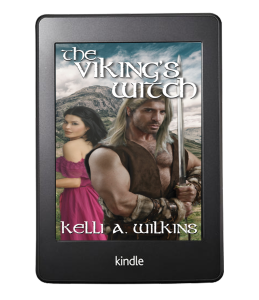 I hope you enjoyed Part Two of this “inside look” at The Viking’s Witch. I’m happy to say that readers and reviewers fell in love with the characters and the book has received dozens of excellent reviews. (And it also won a Gold IPPY Award for best romance ebook!)

Here’s a mini-excerpt from The Viking’s Witch:

Odaria entered the gathering hall and mounted the stairs two at a time. Her lower body tingled and throbbed, craving Rothgar’s touch. She imagined his strong hands squeezing and stroking her as his hot mouth covered her breasts.

She raced into the bedchamber, lit a candle, and straightened the blankets on the bed. Now what? Should she undress and lie down? Should she wait and let Rothgar strip her? Did men like that, or would Rothgar rather find her nude and ready?

As eager as she was to make love, the thought of finally being deflowered set her nerves on edge. What if she did something wrong? How would she know how to pleasure Rothgar? No one had ever told her the secrets of lovemaking.

“There’s no need for me to be nervous,” she whispered as she paced the room. Even from inside the gathering hall, she could still hear the party in the courtyard. The music seemed to have gotten louder, and the men were cheering and singing. She went to the window and peered out. Two groups of men were tug­ging on a long length of rope, each trying to pull the other group down.

“I hope I haven’t kept you waiting too long,” Rothgar said from the doorway.

She turned from the window. “I wasna sure if I should take off me dress or—”

“I’ll take care of everything.” Rothgar locked the door behind him, then removed his tunic. “Come to me, my little witch.”

Link to all other platforms:  https://books2read.com/u/4EQe0o

Read more about my romances on my new site: www.kelliwilkins.com 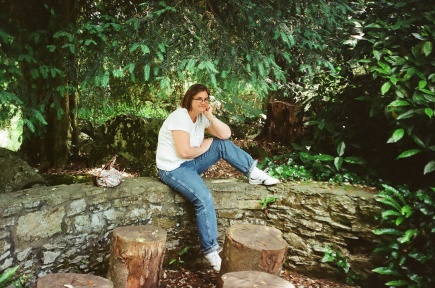 Kelli A. Wilkins is an award-winning author who has published more than 100 short stories, 19 romance novels, 5 non-fiction books, and 2 online writing courses. Her romances span many genres and heat levels, and she’s also been known to scare readers with her horror stories.

Her latest historical romance, The Viking’s Witch, was released in June 2019. This full-length novel takes place in Celtic Scotland and blends a sensual romance with paranormal elements.

In March 2019, Kelli published Dangerous Indenture, a historical mystery romance set in Colonial Pennsylvania. She released the second half of her flash fiction series, Cupid’s Schemes, in early 2019. These two volumes of lighthearted mini-romances are perfect reads for a quick lunchtime escape or an after-work indulgence.

Kelli released her latest Teachable mini-course, Fiction Basics: Finding Ideas in February 2019. She authored Fiction Writing for Beginners through Teachable in 2018. These courses are perfect for anyone who wants to learn how to write. Visit: https://kelliwilkins.teachable.com/ for more details.

If you like horror fiction, don’t miss her latest novella, Nightmare in the North.

Not just an author, Kelli is also an amateur photographer. Visit her pages on Shutterstock https://www.shutterstock.com/g/kelli+wilkins and iStock https://www.istockphoto.com/portfolio/kelliwilkins to view her photos.

Visit her NEW website www.KelliWilkins.com or blog http://kelliwilkinsauthor.blogspot.com/ to learn more about all of her writings.