via Things You Notice When You Print Out Your Novel 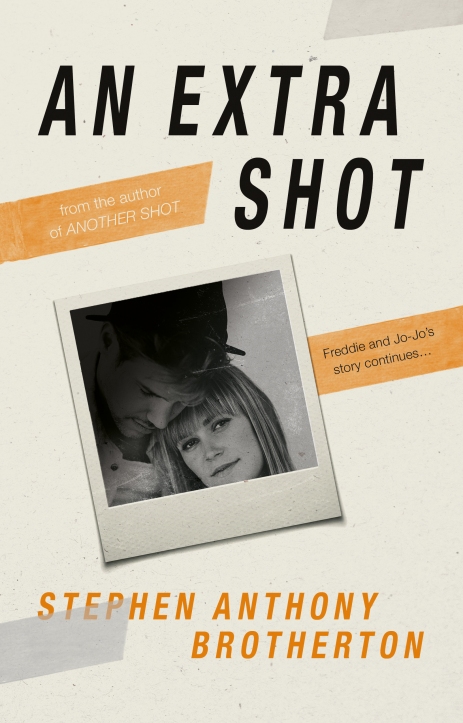 An Extra Shot continues to tell the story of Freddie and Jo-Jo. It moves backwards and forwards through time in a series of first-person flashbacks and describes how the couple fell in love as teenagers, why they drifted apart, what happened in their lives away from each other, and what happens when they meet up again over thirty-five years later.

A failed reconciliation in book one, Another Shot, has left Freddie at a railway station thinking about jumping under a train and Jo-Jo in a hotel room consumed with the dark secret she has carried for most of her adult life. Freddie is saved by his best friend, Jack Sparrow, and Jo-Jo is convinced by her daughter, Amy, to meet up with Freddie again. Freddie then persuades Jo-Jo to go away with him for a long weekend in Devon and the couple return home with their love reignited.

However, Jo-Jo can’t let their relationship continue without telling Freddie the truth about her dark secret. Is their love strong enough to get them through? 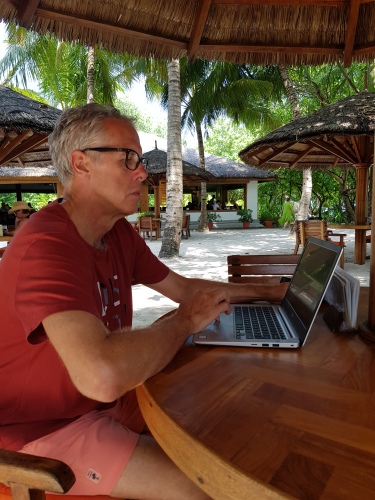 ‘I was born in Walsall, grew up in the West Midlands and now live in Telford with my two cats, Boris and Tai. After working in the health and social care sector for over thirty years, I have now taken early retirement to write the trilogy that has been rooted in my head for most of my life.

Another Shot is the first book in the Shots trilogy, which is based on a first love relationship I had as a teenager. It tells the story of Freddie and Jo-Jo, who are reunited in a coffee shop three decades after the end of their teenage romance. How they originally met, why they parted, what happens in their lives apart, and what happens when they reunite is all told through a series of first person vignettes. The second book, An Extra Shot, will be published in July 2019. I am currently working on the final installment.

Getting these stories down on paper has been a cathartic process. I hope you enjoy them. ‘ 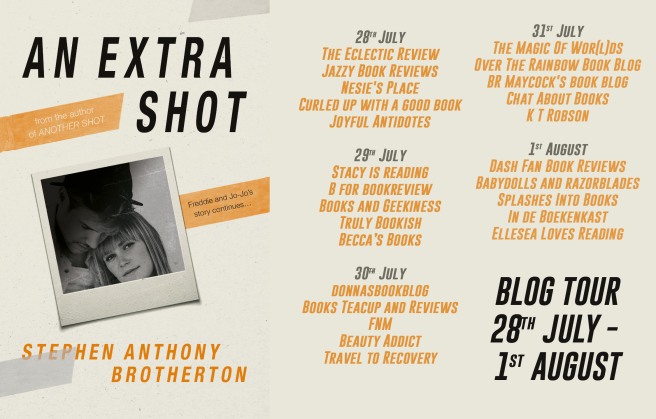 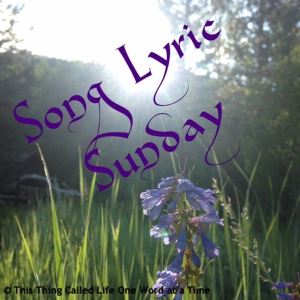 This week’s theme is  “Songs from movies.”

Technically, my SLS choice originated in a Broadway musical.

Home was sung by then relatively unknown artist, Stephanie Mills, in The Wiz, William F. Brown’s retelling of L. Frank Baum’s classic 1900 children’s novel The Wonderful Wizard of Oz, with an all-black cast in 1975.

However, the stage play was made into a big budget movie three years later and Diana Ross sang (and killed) Mills’ signature song.

While Home is a favorite of mine, it’s special to me because it was my baby brother’s favorite song. I mean he REALLY loved the song… so much so, that when he passed away from AIDS-related complications in 1993, the song was played during his memorial service, and a line from the song, “When I think of home,” was placed on his headstone, per his wishes.

Mills performs the song in the official video after releasing Home on her 1989 album of the same name.

Songwriter: Charlie Smalls
When I think of home
I think of a resting place
A place where there’s peace, quiet, and serenity
And that’s where some of my friends have gone
Friends who have traveled with me through my wonderful experience in Oz
A journey I’ll never forget
When I think of home, I think of a place
where’s there’s love overflowing
I wish I was home, I wish I was back there
With the things I’ve been knowing
Wind that makes the tall grass bend into leaning
Suddenly the raindrops that fall they have a meaning
Sprinklin’ the scene
Makes it all clean
Maybe there’s a chance for me to go back
Now that I have some direction
(Maybe there’s a chance I’ll get home)
It sure would be nice to be back at home
Where there’s love and affection
And just maybe I can convince time to slow up
Givin’ me enough time, ooh, in my life to grow up
Time be my friend
And let me start again
Suddenly my world’s gone and change it’s fate
And I still know where I’m going
I have had my mind spun round in space
And watched it growing
And oh, if you’re listening, God, please don’t make it hard
To know if we should believe the things that we see
Tell us should we try and stay or should we run away (should we run away)
Or will it be better just to let things, let them be, oh
Livin’ here in this brand new world
Might be a fantasy
But it’s taught me to love, oh, yeah
And it’s real, it’s so real, it’s real to me
And I’ve learned that we must look
Inside our hearts to find
A world full of love
Like yours, like mine
Like home
Like, like home
(When I think of home)
My friends smilin’ down on me
Givin’ me their energy, oh
(When I think of home)
I think of a peaceful world and joy
All around me, yeah
(When I think of home)
And love that we share can never
Never, ever be taken away from me, yeah, yeah, yeah
(When I think of home)
I just sit down and think
And gets on down in my bone, bone, yeah
(When I think of home)
I can hear my friends tellin’ me
Stephanie, please sing my song
I want to sing, I want to shout
I want to tell you what its all about
Compiled from Genius Lyrics, Google, Wikipedia, Songfacts.com, and YouTube.