12-year-old Freya enjoys karate and is the only one in her class who’s trusted with a part-time job. But everything changes when she meets a boy with yellow eyes. She learns about the guardians, and how an age-old fight has stopped them from fulfilling their purpose. Freya finds new friends in the crow tribe but not everything in the castle is blissful. A destructive shadow lies within her and all she needs to do to summon it is close her eyes. But as the guardian’s war rages on, Freya realizes that, although the shadow’s power can be useful, it can’t create peace. Freya and her friends must solve the crime that began the war, but can they bring the guardians together before they destroy each other? 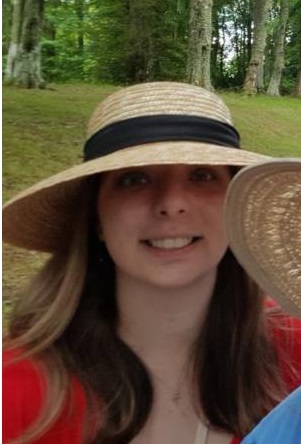 I can’t remember when I wrote my first story. We had a word processor when I was very little. It was an archaic piece of technology with no mouse, which meant you had to know the codes for it to work. My sister, Judith, and I wrote several stories using this. I think one of my stories was about a mammoth, probably during my I-want-to-be-a-mammoth-when-I-grow-up stage.

When I was a bit older, during Year 3 at Primary School, another sister brought home several A5 grey jotters and gave one to Ginny and Judith to plan and write their stories in. Naturally, I wanted a notebook too, so I said I was writing a story called “The Rule of the Unicorns”. I never finished that rather peculiar tale, but it meant I got one of those A5 grey jotters!

A good few years down the line and I’m a Primary Teacher in the tip-top north of Scotland. To encourage a love of reading in my pupils, I write a story with them in for their Christmas present. The first thing they do is flick through and try and find their name – but I hope they enjoy the story too!

When I’m not teaching, I love writing, working on my allotment and I’m crazy enough to be doing a Science degree at the same time.