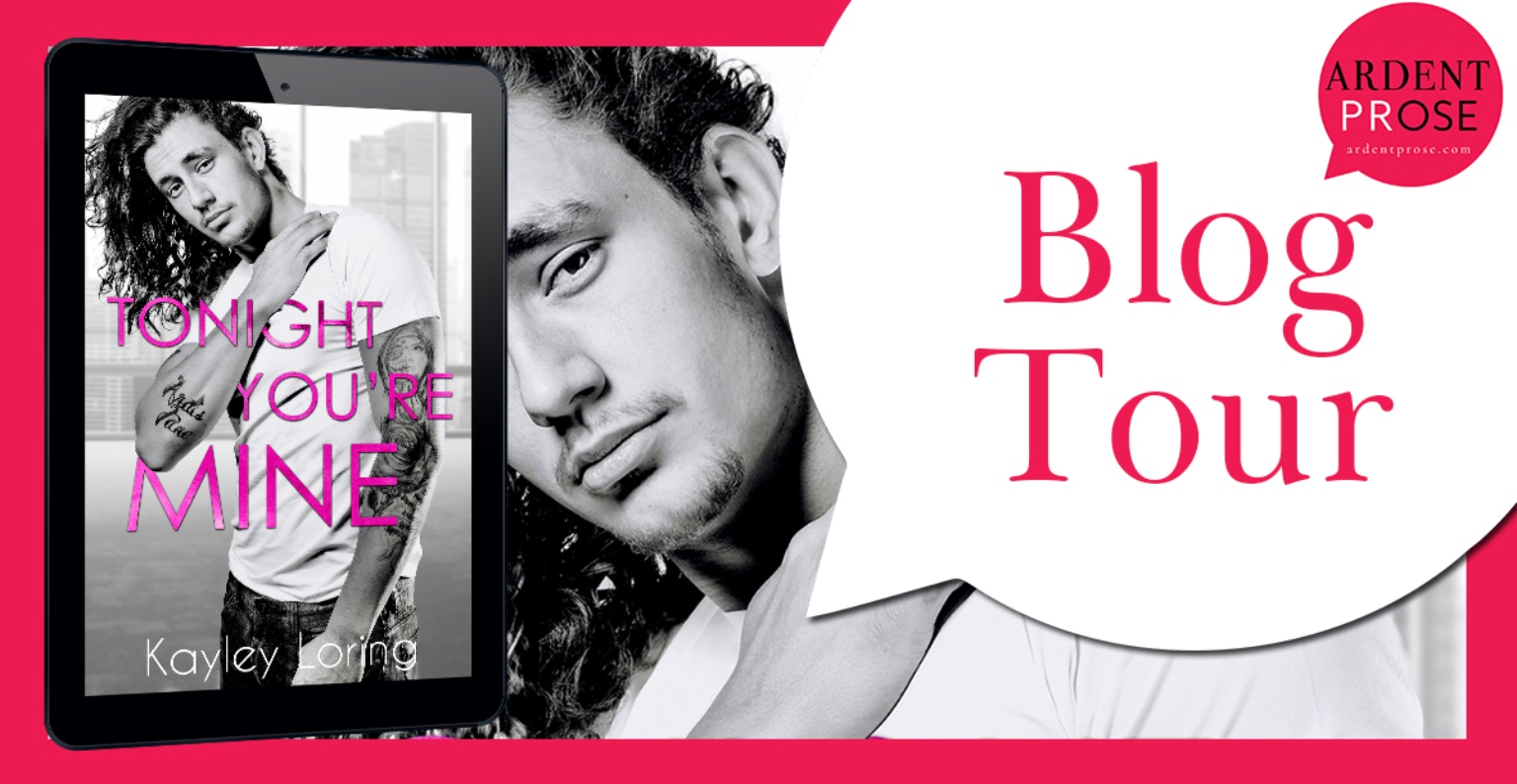 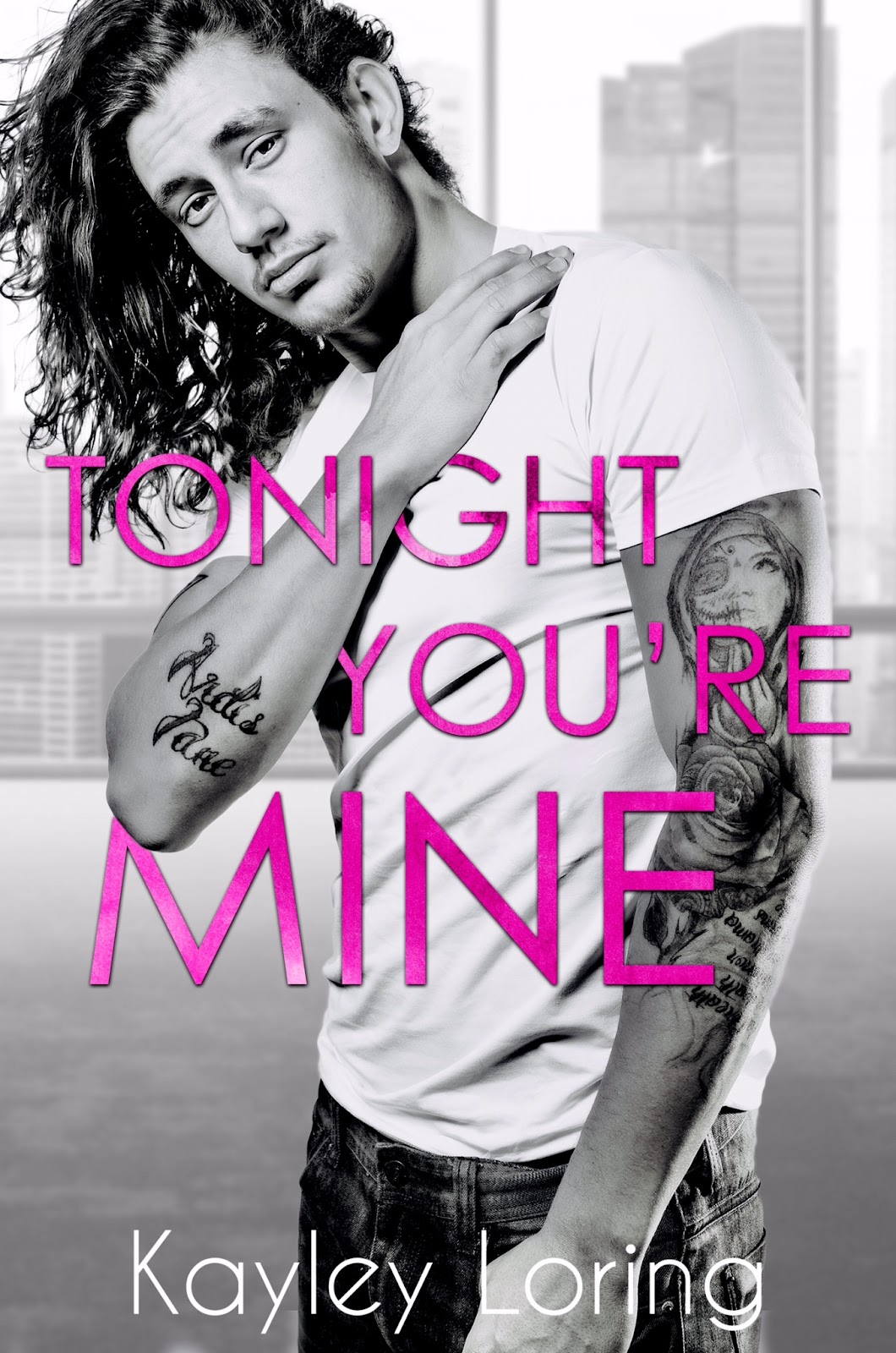 The first time I saw Aimee Gilpin walk into a bar, it was love at first sight. She looks nothing like the women I usually go for, and everything like the woman I’d want to come home to every night. Then my best friend showed up and I had to let him pursue her. It was the right thing to do as a friend and business partner, but the wrong thing to do for my heart.

The second time I see Aimee walk into a bar, she has finally convinced my friend that she isn’t interested, and I was planning on drinking myself into oblivion to avoid calling her. She probably thinks I hate her. I tried to.

Tomorrow I’ll deal with my best friend and the company we built with his money and my brains.
Tonight, she’s mine.

The first time I saw Chase McKay at a bar, I thought I’d met the man of my dreams—I just didn’t recall the man of my dreams looking like the lead singer of a grunge band. Then as soon his friend showed up, Chase bolted like I was his worst nightmare.

The second time I see him in a bar, I can tell by the look in his eyes that we both regret his choice that first night. He has no idea that I just started working for the company that their company is about to start working with.

I don’t want to make things any more complicated than they already are, but I do want him like nobody’s business.

Tomorrow we’ll deal with the fact that Chase, his best friend and I will be working together.
Tonight, he’s mine.

I can’t believe I’m at an amusement park with Chase McKay. I feel like I’m in a Nicholas Sparks movie that’s directed by Martin Scorcese, because this feels so timeless and romantic but also like I could get mugged or barfed on by a passing stranger at any moment. But if his goal was to help me feel young and reckless, then mission accomplished.
This noisy place is just bustling with youth and eager young love and sex. It’s PDA Central. The air is so thick with teenage pheromones, I’m giddy. In the past twenty feet, from the entrance to where we’re standing now, we’ve passed three young couples making out.
Chase and I are holding hands, and right now we’re probably the most reserved people here. But then Chase stops and pulls me to him, his hand to the back of my neck, and he lays another one of those sensual kisses on me. I nearly lose my balance, but he’s got me. He’s got such a hold on me that everything around us is just bright spinning lights. I don’t know if it’s the neon lights of Luna Park or the sparks flying from my brain. I hear some guys hoot and holler. They could be hooting and hollering at us, or any number of other young kissing couples, but we are definitely one of the young kissing couples now.
I am still clinging to his leather jacket when Chase slowly pulls his lips from mine and says: “Come on. Let’s do the Cyclone first. You like rollercoasters?”
“Of course! You want to start with the main attraction, huh?”
He kisses me again, quick and hard. “Tonight I do.” He leads me in the direction of The Cyclone, running. I laugh while trying to keep up with him. He could have said, “Come on, let’s go get our legs sawed off!” and I would still follow.
The old wooden rollercoaster is a historic Coney Island landmark. I stop to take a picture of it with my phone, text it to Roxy so she knows where I am, although I’m sure the guy from the bar is balls-deep inside of her by now. I thank Chase for paying for the ride, and we snake around to the end of the surprisingly short line. I shudder when I hear the clack clack clack of the rising cars and the loud rattling of the rails when they head down. Chase watches me and squeezes my hand.
“You nervous?”
“Not really, but I’ve never been on a wooden rollercoaster before. It looks like I might need to make a chiropractor appointment after, but I’d imagine it’s like two minutes of awesome rough sex.” I manage to refrain from covering my mouth after mentioning sex, because it’s just so obvious that it’s taking over my mind.
“If you need a chiropractor after rough sex, then you haven’t been doing it with the right guys.” He declares this as he looks up at the structure, a throwaway line.
Meanwhile, I’m swallowing my tongue.
He’s definitely right about that, but I’m not going to say anything. I have not been doing it with the right guys. In Ann Arbor, it was college boys and men who were great at navigating the stock market and speaking foreign languages but who could not find my clitoris or G-spot or recognize a fake orgasm.
I’m shuddering again, for different reasons.
The anticipation is killing me.
When it’s our turn to board, we’re ushered to the front seat and Chase seems pleased with this arrangement. He winks at me as the safety bar is lowered. I grip the bar in front of me, but Chase says, “It’s better if you don’t hold onto the bar. Your muscles can get all wrenched up. You gotta let go and trust the ride.”
And I do.
The ascent, combined with the panoramic view of the park and the beach and the clack clack clack and the unnerving lurch forward, have my pulse racing, but it’s the adrenaline rush of the steep fall and the ensuing stomach drop that I will always associate with this night and Chase McKay. I let out a high-pitched scream and for the first time ever, my hands are up in the air as I surrender to the g-force and the universe and the engineers who designed this thing.
I can handle anything!
Hot sex with a hot guy that I barely know!
Delicate personal and business situations!
More hot sex with a hot guy that I barely know!
By the time we’re done being jostled and jolted, I am so damned excited and aroused that when I get off that roller coaster, I don’t even bother trying to get my bearings on solid ground. I throw my arms around Chase’s neck and kiss him with wild abandon, until the attendant clears his throat and asks us to move along.
My date for the evening is quietly laughing and shaking his head as we exit through the turnstile gate, but as soon as we’re through, he grabs my hand and we’re running down the dimly-lit road towards the boardwalk. I am drunk on so much more than three beers and a shot of Irish whiskey. I’m drunk on Chase McKay and not even remotely worried about the hangover that’s coming tomorrow.

Kayley Loring has, until recently, been a borderline workaholic living in Los Angeles. In the summer of 2017 she moved to a beautiful suburb of Portland, Oregon. She can now breathe clean air while enjoying the great outdoors, and drive around without swearing at strangers. It’s pretty great.

When not writing funny sexy sweet romantic comedy novels, she can happily channel her obsessive energies into plant hoarding, book hoarding, and staring at male models on Instagram (for research!). The rest of the time, she’s painting, feeding animals, eating her way through Portland with friends, cursing the many hours it takes to work off those delicious Portland meals, and trying to make her gosh darned wavy hair behave itself.

My Tweets
Geeking Out about It

BlerdWatching Waaay Too Much TV

Stories of the Heart