Generational differences have little meaning when all you need is a good friend.

Forty-seven-year-old Grace is a meticulous planner. Her chaotic childhood with an uninvolved mother and enabling father drives her need to plan and control not only her life but those closest to her.

What Grace doesn’t see coming is husband David asking for a divorce during their twenty-fifth wedding anniversary dinner… after she announces her gift of a month’s vacation in Paris.

Eighteen-year-old Audrey is coming to the end of a chaotic childhood with an alcoholic mother and dreams of being on her own in Paris.

She’ll no longer have to hide her mother’s problem from the world, make excuses for her absence, or take care of her during drunken binges.

These two women meet in Paris when Audrey becomes Grace’s shero, and a bond forms that centers on the used bookstore where the non-French-speaking Audrey has taken a job for the summer, which is the same bookstore of Grace’s grandmother’s youth.

The friendship begins with both women trying hard not to act their age.

Still reeling from the abrupt end of her marriage, Grace has little or no direction and though Audrey reminds her of her own daughter, she’s determined not to mother her.

Audrey never received attention, love or concern from her mother and rebels to keep from getting close to Grace.

They both fail—LOL!—and the support and empowerment they receive from each other forever changes their lives.

Audrey’s had to be the “adult” in her family most of her life and watching her come to terms with someone caring about her and looking out for her best interest was emotional.

Grace’s transformation was more of an awakening.

Once worried what her small Connecticut town would think of her after her husband left her for a woman half her age, Grace finally realizes it doesn’t matter. He was the cheater, not her.

I cheered for her when he offered to take the Paris vacation she’d planned for them off her hands so he could take his new woman. Seriously? Who does that? Though her heart wasn’t in it, I was glad Grace went to Paris alone.

Bolstered by Audrey, Grace makes changes instead of plans and gets her self-confidence back.

One of my favorite parts:

“Here in Paris, she was New Grace. She liked being New Grace. New Grace didn’t feel intimidated about walking around Paris alone. New Grace was happy not to plan every second of her day. New Grace occasionally left shoes on the floor where she kicked them off, and tonight New Grace was on a date with a man.

New Grace had punched Old Grace on the jaw and knocked her unconscious.”

This is one of the defining moments where Grace knows she will be okay.

With supporting characters Mimi, Tony, Etienne, Elodie, and even Phillipe, it’s shaping up to be a memorable summer for Audrey and Grace, but a plot twist and personal emergencies will force them to make decisions… and show the true depth of their friendship.

I loved everything about this well-written journey, except for the ending.

I’m sure I’m in the minority on this, and with a nod to forgiveness and making amends, the ending felt like a disservice to Grace and invalidated the progress she’d made in self-growth in only a month. Her obsession with order and planning is what helped hold her together after a dysfunctional childhood and to have it used against her by David simply because he was too much of a wimp to own his issues felt cruel. It also felt somewhat reboundish from Phillipe [because of his personal outlook on life], and leaving her only one direction to go, instead of bracing for the world at her feet. I had no fault with Phillipe but there aren’t enough dump trunks to hold the contempt I have for David.

That being said, I still enjoyed Audrey and Grace’s story and am sure other readers will too,  and I do sincerely recommend it.

To celebrate their twenty-fifth wedding anniversary, Grace has planned the surprise of a lifetime for her husband—a romantic getaway to Paris. But she never expected he’d have a surprise of his own: he wants a divorce. Reeling from the shock but refusing to be broken, a devastated Grace makes the bold decision to go to Paris alone.

Audrey, a young woman from London, has left behind a heartache of her own when she arrives in Paris. A job in a bookshop is her ticket to freedom, but with no money and no knowledge of the French language, suddenly a summer spent wandering the cobbled streets alone seems much more likely…until she meets Grace, and everything changes.

Grace can’t believe how daring Audrey is. Audrey can’t believe how cautious newly single Grace is. Living in neighboring apartments above the bookshop, this unlikely pair offer each other just what they’ve both been missing. They came to Paris to find themselves, but finding this unbreakable friendship might be the best thing that’s ever happened to them… 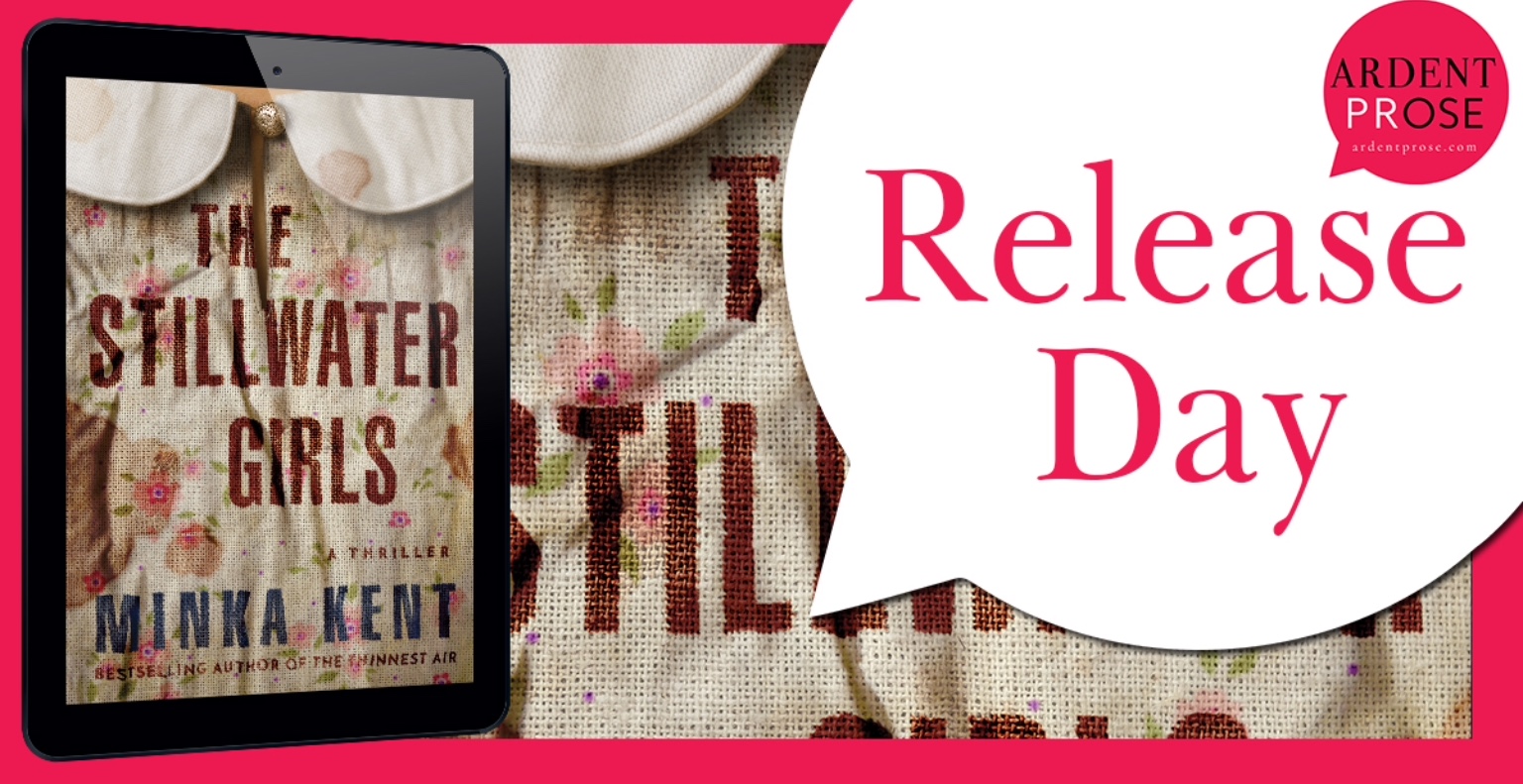 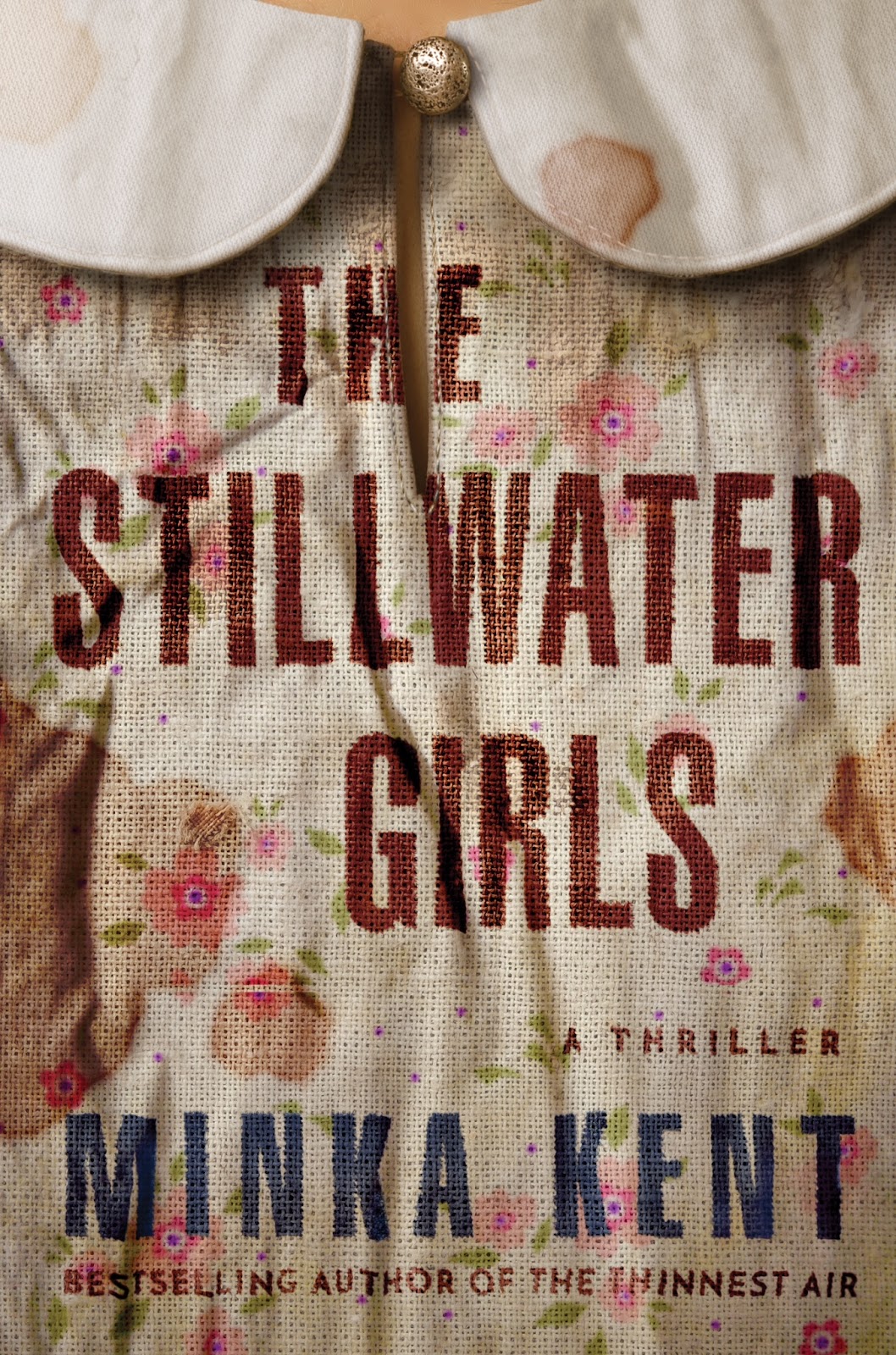 Two sisters raised in fear are about to find out why in a chilling novel of psychological suspense from the author of The Thinnest Air.

Ignorant of civilization and cautioned against its evils, nineteen-year-old Wren and her two sisters, Sage and Evie, were raised in off-the-grid isolation in a primitive cabin in upstate New York. When the youngest grows gravely ill, their mother leaves with the child to get help from a nearby town. And they never return.

As months pass, hope vanishes. Supplies are low. Livestock are dying. A brutal winter is bearing down. Then comes the stranger. He claims to be looking for the girls’ mother, and he’s not leaving without them.

To escape, Wren and her sister must break the rule they’ve grown up with: never go beyond the forest.

Past the thicket of dread, they come upon a house on the other side of the pines. This is where Wren and Sage must confront something more chilling than the unknowable. They’ll discover what’s been hidden from them, what they’re running from, and the secrets that have left them in the dark their entire lives.

Minka Kent has been crafting stories since before she could scribble her name. With a love of the literary dark and twisted, Minka cut her teeth on Goosebumps and Fear Street, graduated to Stephen King as a teenager, and now counts Gillian Flynn, Chevy Stevens, and Caroline Kepnes amongst her favorite authors and biggest influences. Minka has always been curious about good people who do bad things and loves to explore what happens when larger-than-life characters are placed in fascinating situations.

In her non-writing life, Minka is a thirty-something wife and mother who equally enjoys sunny and rainy days, loves freshly cut hydrangeas, hides behind oversized sunglasses, travels to warmer climates every chance she gets, and bakes sweet treats when the mood strikes (spoiler alert: it’s often).

Want to hear about sales and new releases? Sign up for her non-spammy newsletter here: http://eepurl.com/cwOMSD