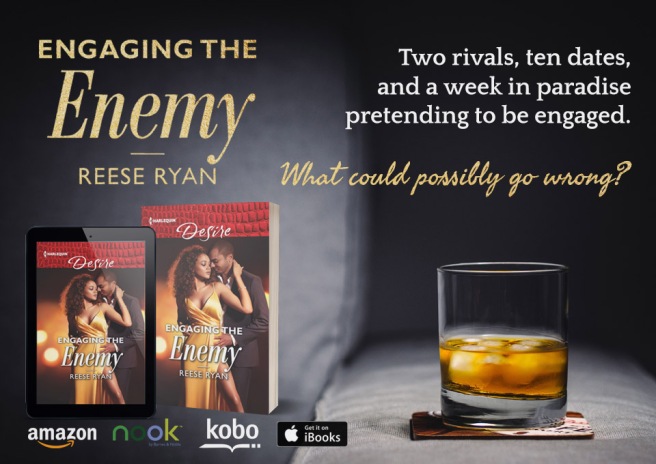 The Bourbon Brothers are back!

“So, where were we?” Kayleigh seemed distracted and her hair looked even wilder than it had when she’d disappeared behind the curtain. As if she’d just tumbled out of bed and she hadn’t been alone.

He swallowed hard, fighting off the image of Kayleigh in bed that immediately filled his brain.

“I’d offered you fifty percent more than the assessed value.”

She froze for a moment, cocking her head before a smirk curled one corner of her mouth. “I remember now. You asked what figure would make me happy, and I said—”

“I know what you said, Kayleigh, and it’s unacceptable.”

“Then buy someone else’s building instead.” She stared at him defiantly.

The number-one rule of negotiating was be prepared to walk away. Every salesperson understood that. But his family hadn’t given him that option. This building had once belonged to his mother’s family. They’d run a tiny café here, and now his father wanted to help his mother reclaim a portion of her family’s history by creating a flagship restaurant here, branded with the King’s Finest name.

It was going to be a surprise. His mother didn’t know, but his father had already purchased the two other buildings on the block and made the sellers sign confidentiality agreements. But without Kayleigh’s building—the cornerstone of the entire project—it simply wouldn’t work.

Closing this deal was the leverage he needed to make his father realize that naming his older brother, Blake, as his successor at King’s Finest, simply because he’d had the good fortune to be born first, would be a grave mistake.

Blake was a good person, a great brother and an excellent operations manager. But neither Blake nor their brother Max possessed the killer instinct the CEO position called for. His sister, Zora, did have that killer instinct. More so than he, perhaps. But what she lacked was the ability to control her emotions. With Zora, everything was personal. She was much like Kayleigh in that way.

He had to have this building, but Kayleigh didn’t know that. So maybe if he showed her that he was willing to walk away, she’d come to her senses.

Parker stooped to pick up his attaché. “Sorry we couldn’t come to an agreement. Maybe it would be better if we went with new construction in that shopping center. I’m sure my brother will give us a good deal.”

Parker crossed the room under Kayleigh’s cold stare, waiting for her to stop him.

He turned the doorknob and stepped one foot onto the sidewalk, the bell jingling above him.

“You really don’t have anything else to say?” Parker turned back to her.

“Don’t let the doorknob hit you where the good Lord split you.” She grinned, her eyes shimmering with amusement.