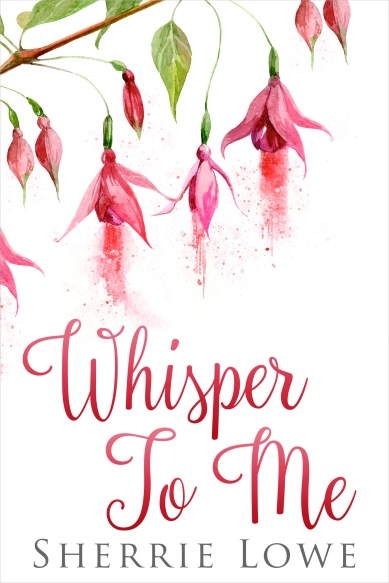 A new wife and a vengeful ghost. Not a good mix.

Letitia – Tish – Stanyer makes husband Theo promise never to remarry if she dies and he complies just to pacify her. She isn’t going to die.

She does – and he does remarry. Tish isn’t happy. Her spirit cannot rest with another woman in her domain, sampling the delights of her husband. Theo belongs to her – Sheena will have to go. 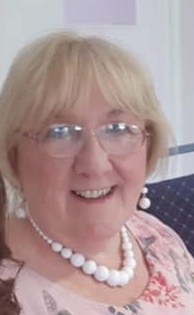 Author Bio I am a divorced mum of two adult sons and nana to three grandchildren, soon to be four. I’ve always had a notion to write but didn’t get round to it seriously until I became ill with M.E in 1995 when I was 40 and was too ill to continue my job as a learning support assistant in a mainstream high school. I was devastated to have to resign from my job, but writing saved my sanity. My first attempt was a memoir, Shadow Across the Sun which covered the loss of my mum to breast cancer two days before my 13th birthday. When the rejections began to flow in from traditional publishers and agencies, I joined a creative writing class and learned to write fiction. Whisper to Me is my 10th novel. I have a strong belief in the afterlife due to events following my mum’s death so most of my stories have some form of supernatural aspect to them.

*Terms and Conditions –Worldwide entries welcome.  Please enter using the Rafflecopter box below.  The winner will be selected at random via Rafflecopter from all valid entries and will be notified by Twitter and/or email. If no response is received within 7 days, then Rachel’s Random Resources reserves the right to select an alternative winner. Open to all entrants aged 18 or over.  Any personal data given as part of the competition entry is used for this purpose only and will not be shared with third parties, with the exception of the winners’ information. This will be passed to the giveaway organiser and used only for fulfilment of the prize, after which time Rachel’s Random Resources will delete the data.  I am not responsible for dispatch or delivery of the prize.

In the seventeenth-century, an all-powerful witch called Rionach the Dark ruled the Celtic nations with an army of enslaved werewolves. In order to restore balance between Light and Dark, the Trinity of Light was summoned to vanquish the Dark Witch and end the Battle of the Dark Ages.

Seventeen-year-old Quinn Callaghan lives in the small, rustic town of Silver Mountain. Its location may be rural, but it is home to an ancient pine forest that surrounds a supernatural hotspot–a nexus of raw and powerful energy.

When a charismatic witch from Ireland, and a mysterious guy with a secret of his own are drawn to the area, Quinn finds out that she inherited her rare abilities from a revered ancestor. Could it be that she shares a bloodline with the Original Trinity? Nearly 300 years later, the Darkness is returning to Silver Mountain, and the Trinity must stop it.

Where are you from? I’m from a small town outside of Yellow Springs, Ohio.

Married with children, pets, or annoying roommates? I am married, but the only children I have right now are of the fur-variety. I have two German shepherds, two cats, and a rabbit.

Are you self-published, traditional, or hybrid? I’m traditionally published with Black Rose Writing, out of Texas.

How long have you been a writer? Gosh, that’s almost hard to say, specifically. I’ve been writing since I was a little girl, so I’m tempted to say my whole life. Haha.

My love for writing began at a very young age–way before I could even type on a keyboard. I was always writing short stories and poems with a fan club of one (my mom.) I never stopped writing, but I don’t think I believed in myself enough to actually pursue it as a career. When I enrolled in college, I took as many creative writing classes as they offered and ended up graduating with a degree in photography and minoring in English. I enjoy art in all its forms, but writing has always been my first love. Even when I was pursuing other careers, writing was always my go-to comfort. I later became an animal obedience instructor and met a children’s author through my dog training. She helped me get my foot through the door, so to speak, and I haven’t turned back since. During the day, I manage an FBO at my local hometown airport, and by night, I dive into my writing with my husband and my four-legged children by my side.

How long did it take you to write your first book? If you don’t count editing time, I can usually knock out a novel (raw, rough draft) in about four-five months. It depends on what I’m writing though. My first book took me several years to complete because I was never satisfied. Truthfully, there are still things I would change if given the chance to go back. I think it’s the curse of the artist.

What’s your favorite genre to write or do you only write in one genre? I love, love, love all things supernatural. I have the most fun writing  it. YA supernatural fiction is my favorite to write, but I dabble in all forms of fiction.

What are you reading now? Hailey Edwards wrote a series called The Beginner’s Guide to Necromancy. I read the first four in a total of three days, and I’m anxiously awaiting the fifth. She’s phenomenal. Those stories are phenomenal.

Favorite beverage to read with? Tea and honey.

Where do you get the most writing done? Most of my writing gets done in the early morning. Especially on the weekends I don’t have to work. I’ll curl up with a blanket in the kitchen chair, and my cat, Boo, will sit on my lap while I write.

Totally addicted to social media or could you live without it? Honestly, I don’t “live” on social media, but I adore Instagram. Namely because of the photographs. That being said though, it would be impossible to do what I do without social media, so I’m immensely grateful for it.

What’s the inspiration behind your latest release? Who’s your favorite character? This is kind of strange to admit, but the inspiration actually came from a song by Aqualung called Strange and Beautiful. I probably live in my head more than I should, and I’m always inventing little scenarios or playing out scenes in my head. I listened to the lyrics and immediately developed this idea that started out as something small, and later became Awakening the Trinity. My favorite character in this book is Wren. He was so much fun to create, and I think he’ll speak to the heart of every high school girl who has had a crush on the “dangerous” boy.

What’s your next project or release? I’m actually working on the prequel to this novel, and also the sequel simultaneously, so I haven’t decided which will be released next, but I’m aiming for next fall. Maybe sooner depending on how editing goes!

The future is now… it’s terrifying!!! Humanity locks jaws with the ever-increasing human desires towards highly advanced technological innovations making the world a dangerous place. Unanticipated horrific consequences unfold for Tommy McGregor when he partakes in a new high-tech innovation to enhance his health and well-being. He thought it would make him healthier, better looking and live forever.

DI Valentina is out of her comfort zone when she’s tasked to track down a killer, unknown to her, hidden behind a digital mask. The future has already fallen upon humanity as she soon discovers, nothing is as it seems anymore as society embarks in technology that’s already here.

A terrifying mystery, it feeds your imaginative mind’s eye—a fast-paced whoisit thrilling crime novel that will leave you guessing until the end—or will it?

It will leave the hairs on your arms standing on end as you uncontrollably turn each page in this 3 part series. 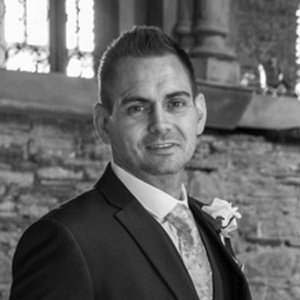 GD Parker is the author of Black Matter, his debut novel–book one in a three-part series that explores the depths of the unfolding high-tech world we now live in, making it a dangerous place.

The novel will be available to purchase in e-book and paperback formats on the Amazon store.

Gareth was born in the UK in 1981. A family man spent much of his working life in South Wales working in a professional capacity. One day he made the decision write about an idea he dreamt about.

Still working full time for a large organisation, he enjoys reading all manner of books, and spending time with his world – his family.