P.I Tamara Hayle and her latest client, popular radio personality Mandy Magic, share the same roots — both grew up in the hardscrabble projects on one of the meanest streets in Newark. But that’s what brings her to Tamara Hayle. Mandy Magic knows that each act of vandalism and seemingly random murder brings the demons of her yesterdays closer — and each day that passes makes her easier to kill. 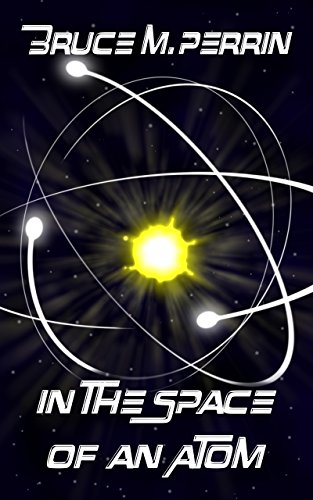 In the Space of an Atom

Jeremy Reynolds has been listless for a while now. First, his girlfriend of 4 years dumped him, and he was in a funk. Then, he quit his job as an accountant. Yes, Jeremy was doing little and caring less. But recently, he has found something that energizes him, something that gives him direction, something that gets him out of the house every morning. It’s called…running for his life.

Just as Jeremy was finishing the last in a string of low-paying, temporary market research gigs, the study assistant pulls a gun on him and tries to kill him. When Jeremy bungles his way to freedom, he realizes that the technology in this study is much more than it first appeared. It’s enough to kill for. But he also knows he is in way over his head. So, when the lab and the would-be assassin disappear, and the police close the case, Jeremy is desperate for help. He finds it in the beautiful, young Diane Stapleton, MD. Now, the two of them match wits with the killer, in chases that take place where no one else has been…in the space of an atom. 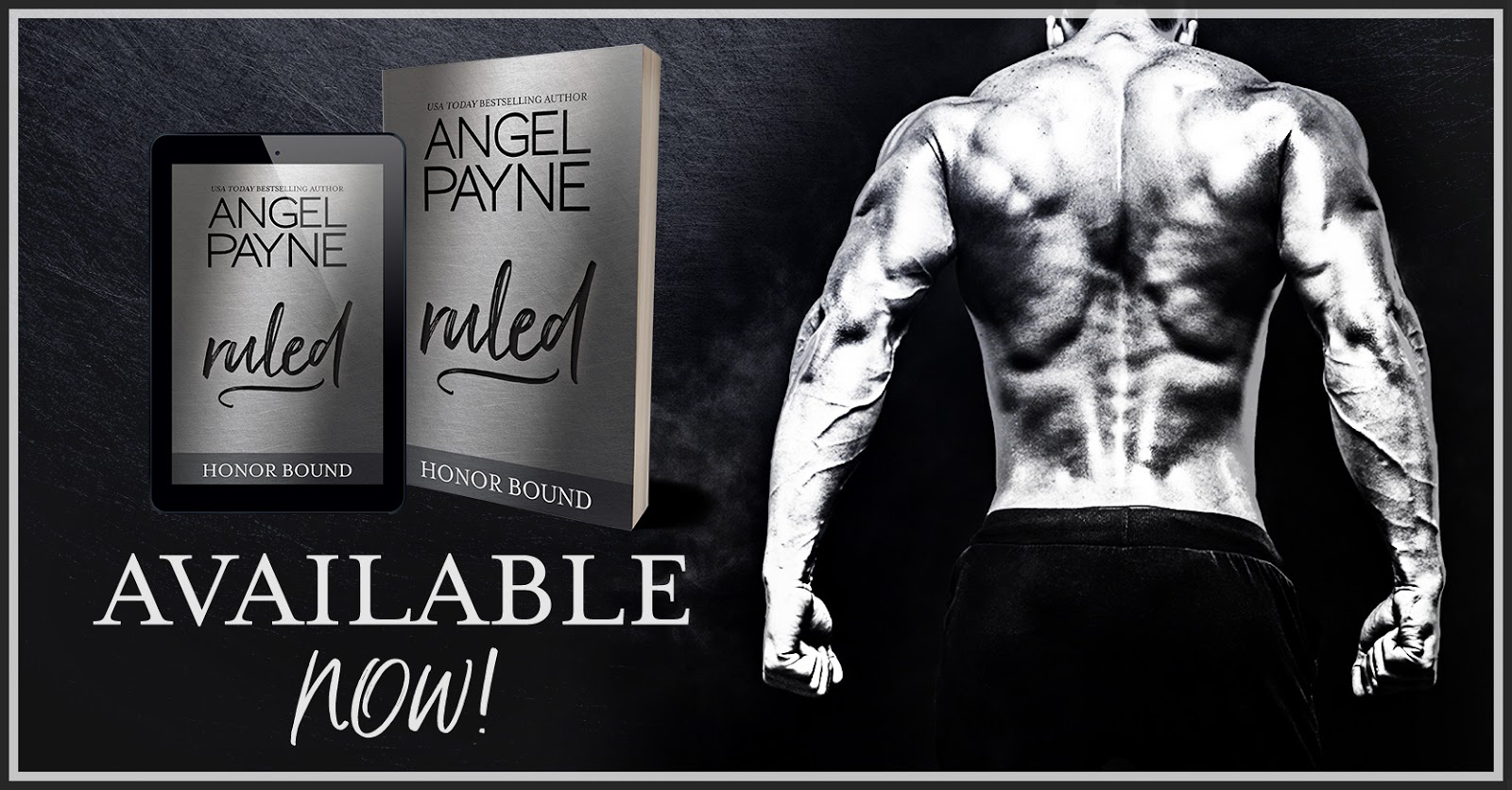 
Synopsis
When the lines are erased, the passion begins.
Lines define Tracy Rhodes’s life, and she has no say in the matter once she is sworn in as second-in-command of the free world. But the lines are crushed beneath the boots of her security team’s special advisor during a high-profile event in Vegas. The towering warrior with the haunting stare shatters her composure, invades her libido, and makes her yearn for things she shouldn’t. Sweaty, illicit things…with her body pinned beneath his…
John Franzen, six and a half feet of rigid composure on the outside, is a lost man on the inside. What’s he doing here? A guy isn’t supposed to survive eleven years in Special Forces, especially after the crazy missions he’s been assigned. Accepting the security gig in Vegas is just a favor to a friend―a way to fill time that’s become too damn empty lately. Until the cushy “babysitting job” becomes the most treacherous mission of his life, and the politician he’s protecting becomes the woman in his bed. The lover beneath his bonds. The submissive he longs to claim forever.
She’s destined for marble halls and an oval office, and he’s wired for jungles, dirt, and violence. Will her passion be enough to tame his demons? To claim the ultimate warrior as her own?

Can this be read as a standalone?
The characters are introduced in other stories but this is definitely their story. So could be read without reading others in the series.

She has numerous book series to her credit, including the Suited for Sin series, the Cimarron Saga, the Temptation Court series, the Secrets of Stone series (with Victoria Blue), the Lords of Sin historicals, and the rebranded Honor Bound series, as well as several stand-alone titles.

Currently, she is serving as the Vice President of Romance Writers of America’s Passionate Ink Chapter.

The Raygin War is a futuristic sci-fi story about an alien race that evolved from Carrion beetles. 25 years after first contact the aliens return with a fleet to invade human space. To stop the invasion the military puts all its hope into a single person. He’s an old school soldier who started his career as a ground pounder in the Sniper Corps. Mac has been involved in about every conflict the military has participated in. His skill as a sniper earned him the respect of every soldier who ever worked with him. He is a self-taught killer. On the battlefield he has no equal. Whether it was killing the opponent in hand-to-hand combat, killing them with a weapon, or just plain old out maneuvering them Mac was the best the military had ever seen. When the Raygin war starts Mac is forced into a leadership role he wanted nothing to do with. Will Mac’s experience and talent be enough to neutralize the alien invasion? All is not what it seems. Read the Raygin War to see if the human race will survive and remain free.

All but the old mystic exited the medical facility. She turned and went back to the princess. Mahpee followed her. The ancient woman made motions in the air with her hands as she spoke in a voice so low, he couldn’t make out any of the words. She turned so quick to face him his body jerked in a startled reflex.

She was inches from his face and staring at him with her blind eye. When Nahimana spoke, he could smell the spices on her breath. “See. Her wound already heals.”

He looked at the scar. She is right, it’s no longer red and irritated. It could be a coincidence.

“Even with what you have seen, grandson of Uzumati, you still doubt?

Can the hag read my mind?

The witch grinned as if she read his thoughts. “I have glimpsed into your future. Do you want to know what waits?” She cackled at him.

Not waiting for an answer Nahimana squinted at him. He swore she touched his soul with her stare. “In time, you will betray your daughter, and leave her heart broken. You, Chief Mahpee, will become the rider of the storm. Your fate is sealed.” The old mystic turned and walked out before he could ask a single question.

What the hell did she mean? He had never betrayed anyone in his life. He would rather choose death than to betray anyone, let alone his daughter. The hag spoke nonsense. I will become the rider of the storm? Mumbo jumbo. She wouldn’t even stay to answer questions. I never want to see her again.

Hopes of keeping a lid on his daughter’s unusual birth lasted less time than it took to get back to Nokomis. Word spread throughout the Nation his tiny daughter was the warrior born princess from the old prophesies. Later in the evening the Tellers showed up at the War Council. They warned of impending doom and gave Mahpee everything he requested. For better or worse, it looked like they would be a major part of his life.

The People’s Nation broadcast pictures of the aliens and vids of the attack. A few videos from the fight were also shown in all their gruesomeness. The old war drums beat across Nokomis to let the People’s Nation know they were at war.

The young lieutenant’s eyes darted across the screen. Her hands trembled while she manipulated the gains to paint the best picture on the scanner. “Captain, I have an unknown target at the edge of scanner range.”

“Are you sure it’s not an electronic ghost?” The captain knew each new ship has electrical or mechanical problems to work out on her maiden voyage. The Nomad would be no different.

The colonist ship’s computer locked out the new singularity drive. The ion propulsion engine activated. The Nomad started a slow turn left and ascended 15 degrees. Unless you were on the bridge, you wouldn’t realize the ship had made a turn to the left and changed its inclination. When the ship acquired the new heading, the ion propulsion engine shut down. The singularity drive started with a loud pop. Each pop represented a jump of several light years.

If it was a glitch inside the scanner, the captain figured, it would stay on the screen in the same spot. He waited for the report. At least the singularity drive was living up to its reputation. The new drive would deliver the next great step in human expansion. Picture space as a balloon. Stick your index fingers on opposite sides of the balloon and push your fingers together. The depressed area created by your fingers is a gravity well. A ship travels the small gap from finger to finger. Release the pressure on the balloon. Wham, you travel from point to point faster than light can make the same trip.

This was not good news. This trip should have been an easy run. Deliver the colonists to Rayne. Help get them situated and return home to Adalin for the next assignment. “Thank you Lieutenant Muween. Let me know if you see anything at all on the scanner.”

Larry Gerovac was born in the shadows of the steel mills, oil refineries, and railroad yards of the Midwestern United States. He is a Navy Veteran and a first generation American. He writes in the genre of Science, Sci-fi, Fantasy, and Horror. 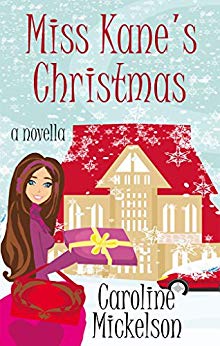 With Christmas only three days away, Carol Claus agrees to her father’s request that she leave the North Pole on a mission to help save Christmas. Joining single father Ben Hanson and his children for the holidays seems an easy enough task until Santa informs her that Ben is the man behind the disturbing new book ‘Beyond Bah Humbug: Why Lying to Your Children about Santa Claus is a Bad Idea’.

Posing as Miss Kane, the children’s new nanny, Carol pulls out all the stops to show Ben how fun Christmas can be, all the while struggling to understand how one man could hate the holidays so much. How could she, Santa’s only daughter, be so attracted to a man who refuses to believe her father exists?

by Rose B. Mashal

A Muslim Arab Prince with a heavy weight of responsibilities on his shoulders and a young Catholic American woman with a dark, haunted past living inside her heart. Unexpectedly thrust together in a deal of betrayal brokered by her brother, the last thing she imagines when she goes to his wedding in a kingdom far away from her home, is to find out that it’s her own wedding, as well.

A bright, independent CEO struggling to live this new life, where the traditions and rules are too numerous to keep up with, and an attractive, intelligent prince wanting nothing more than for his bride to find the black keys.

Fate steps in to teach the troubled new princess a few lessons about love, life, understanding, and acceptance, while destiny forces the Crown Prince into allowing his beautiful wife to break a rule or two.

Because when it comes to love, rules blur and traditions fade.