Meet Princess Amira of the Royal House of Saene.

Let the countdown begin. His Defiant Princess by Nana Prah is coming!

Princess Amira Saene has always done the right thing when it came to her beloved Kingdom of Bagumi. Yet her unorthodox online relationship with a man across the sea has derailed her from cultural norms. 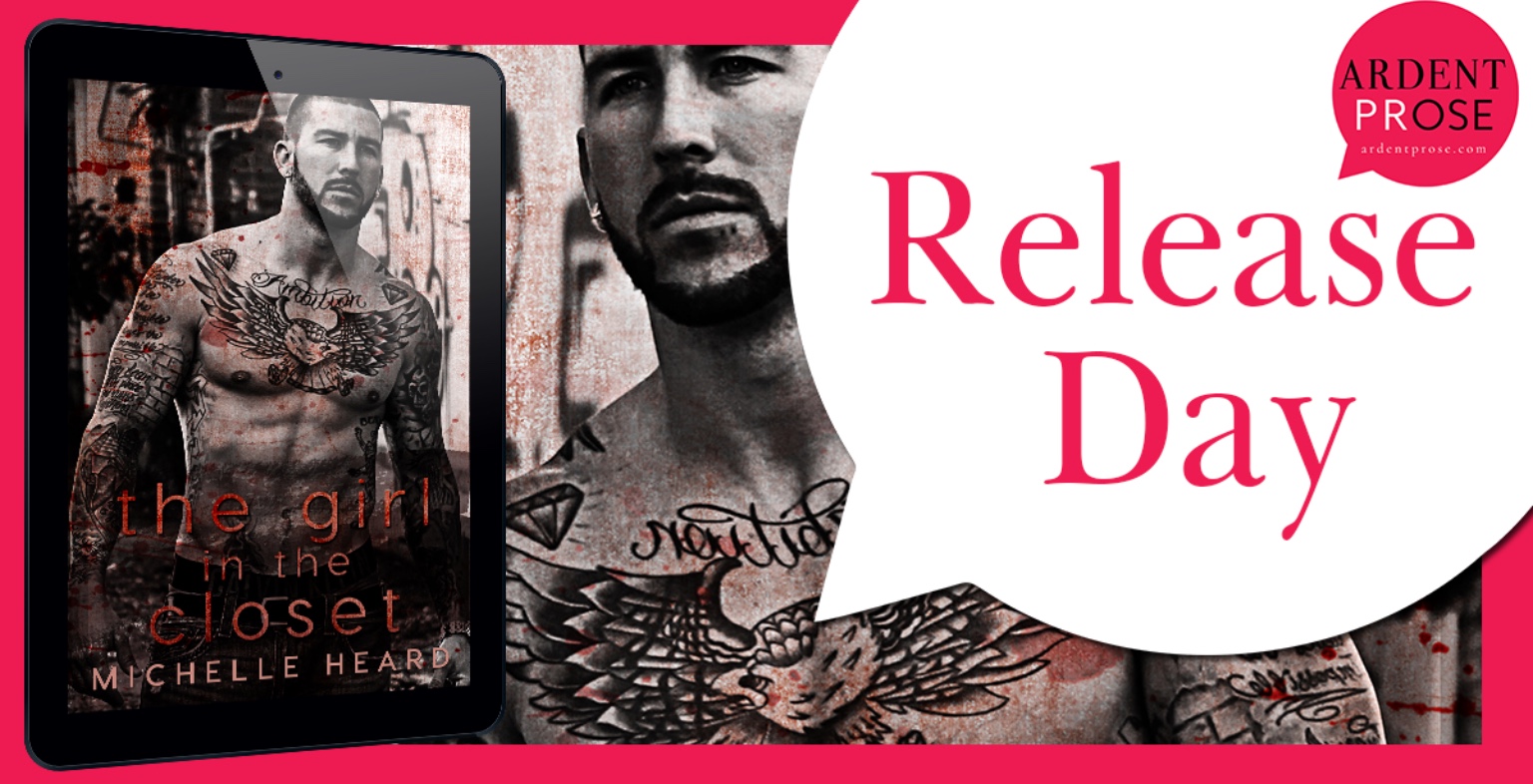 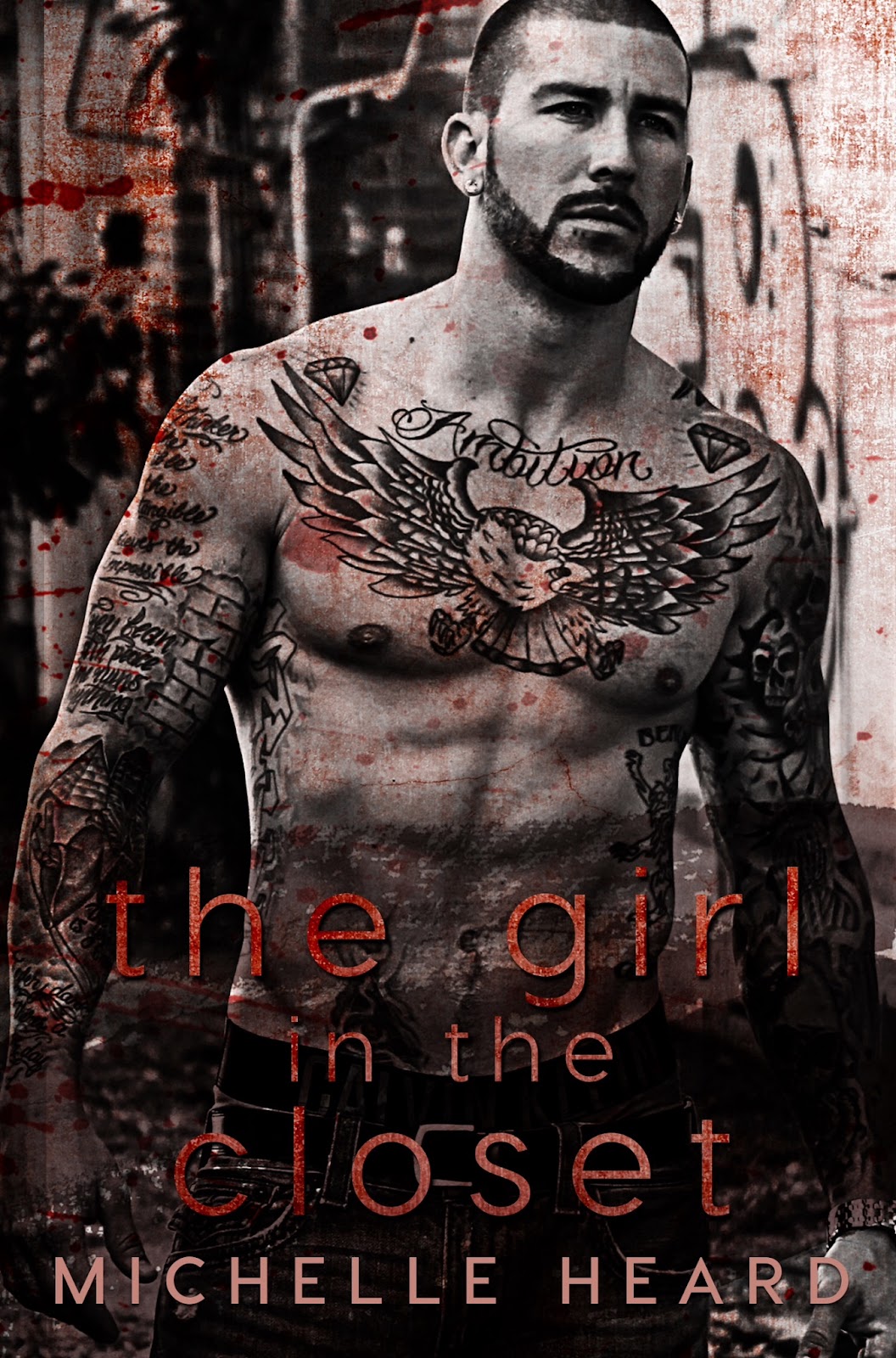 Escaping an unthinkable nightmare, I’m given a second chance at life. Cole Trenton is the first person to look past the broken girl. But the moment I give him my heart he leaves.

Secrets never stay buried, and mine returns with a vengeance.
Cole walks back into my life when I need him most. He shows me how to be strong, that monsters only have the power you give them.

But my biggest fear remains.
How do I silence the girl in the closet before I lose Cole again?

I always knew Birdie Liles was different, but that didn’t stop me from falling for her.
After years of being away, I return home to bury my best friend,
only to learn that Birdie’s in trouble.

If I had known about the monster from her past, I never would’ve left.
I went to fight someone else’s war while I left the woman I love unprotected.

But I’m here now, and I’m ready to send Birdie’s demon right back to hell. 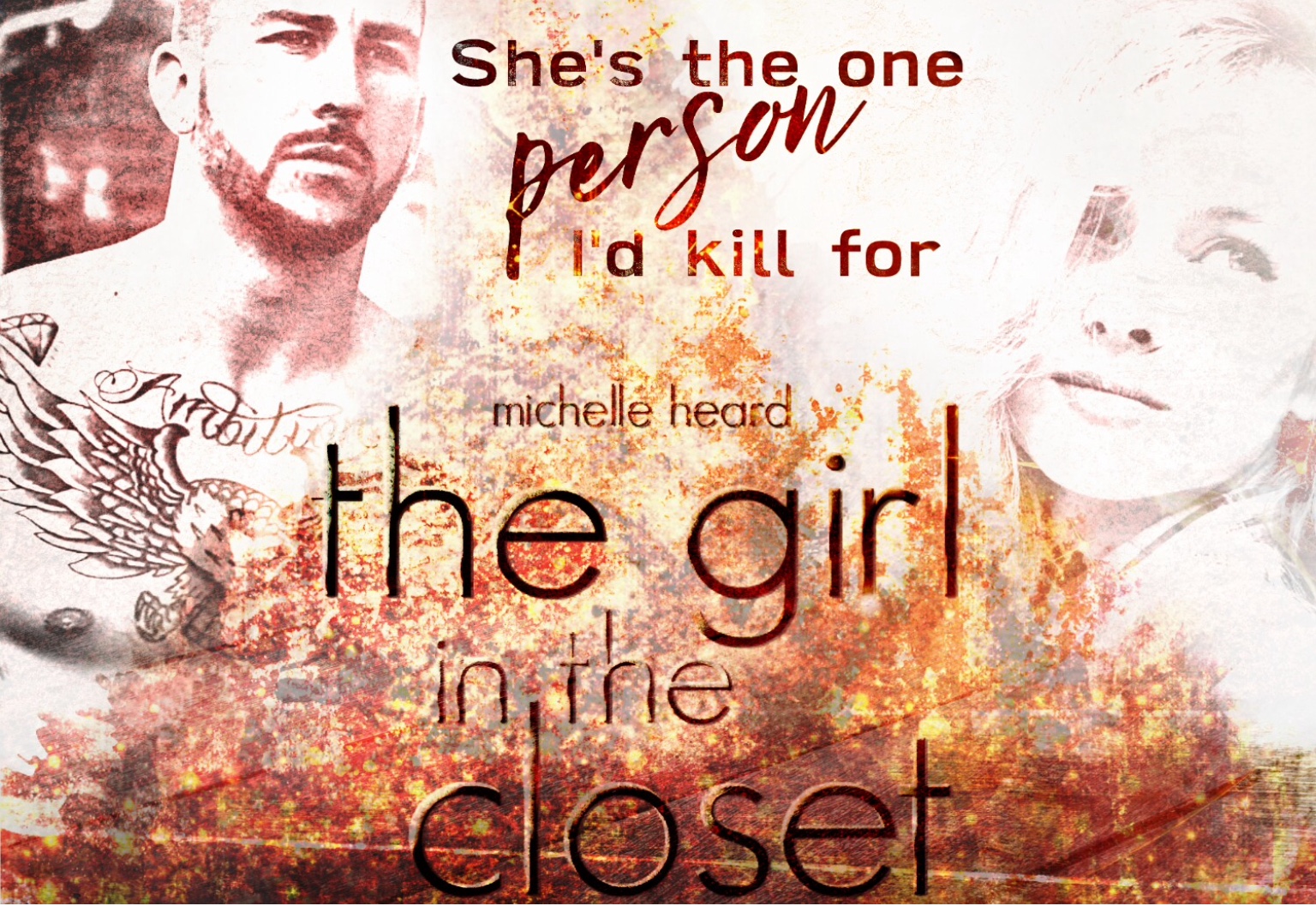 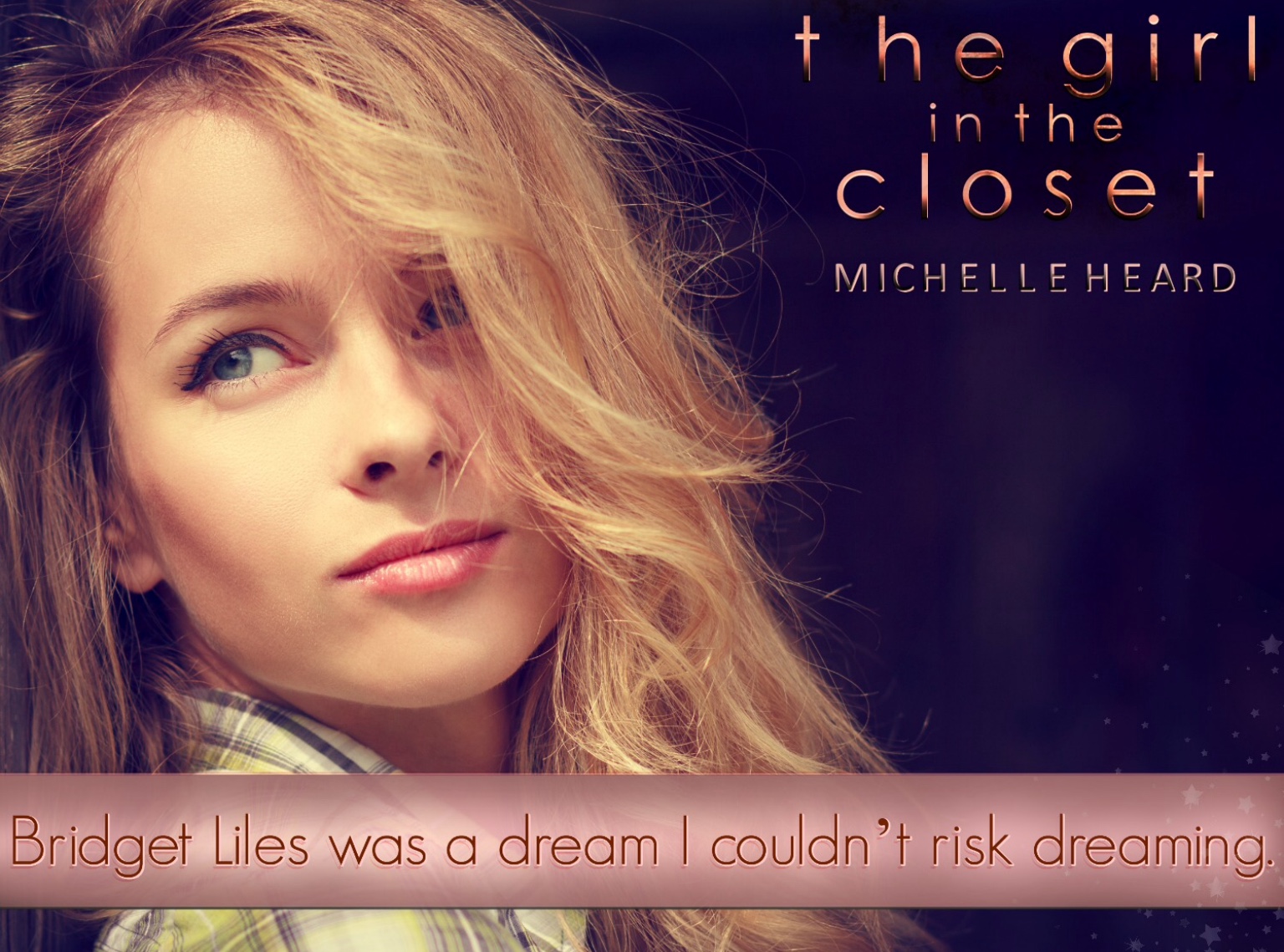 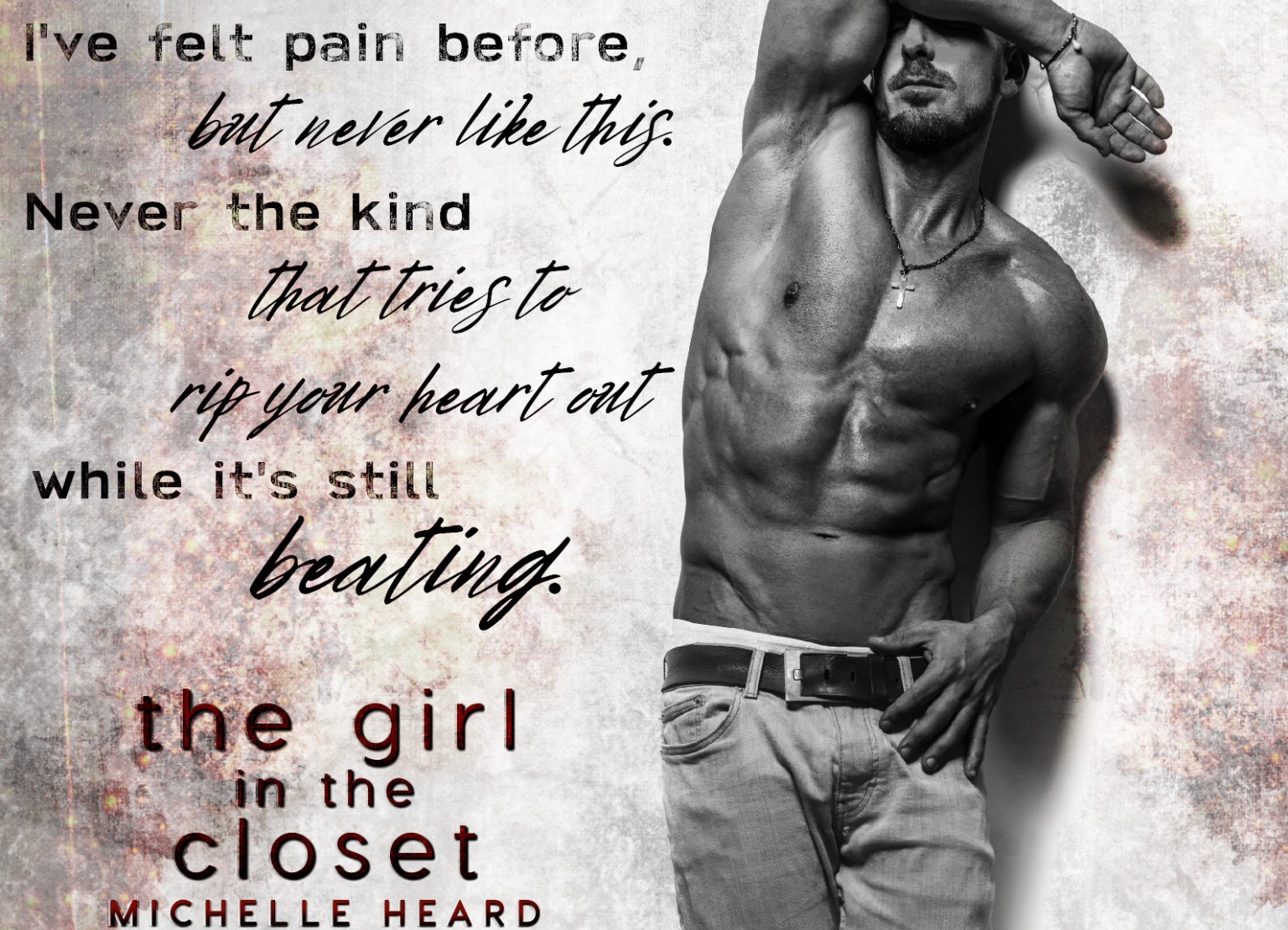 Michelle Heard is a Bestselling Romance Author who likes her books hot, dirty, and with a touch of darkness. She loves an alpha hero who is not scared to fight for his woman.Want to be up to date with what’s happening in Michelle’s world? Sign up to receive the latest news on her alpha hero releases, sales, and great giveaways → http://eepurl.com/cUXM_P
Facebook  Web  Twitter  Goodreads  Instagram

Raven Black hunts evildoers for fun, but her vigilante justice isn’t the only reason she’s hiding from the law. Half Vampire, half Mage, she’s spent years living as a rogue to stay alive. When a Russian Shifter offers her a job in his covert organization hunting outlaws, dignity and a respectable career are finally within her grasp. The catch? Her new partner is Christian Poe – a smug, handsome Vampire whom she’d rather stake than go on a stakeout with.

They’re hot on the trail of a human killer who will stop at nothing to get what he wants. One misstep during her probationary period could jeopardize Raven’s chance at redemption, and her partner would love nothing more than to see her fail. Will Raven find the courage to succeed, or will she give in to her dark nature?

Dark secrets, unexpected twists, and a blurred line between good and evil will keep you on the edge of your seat.

This urban fantasy boxed set contains the first three books of the Preternatural Affairs series: Witch Hunt, Silver Bullet, and Hotter Than Helltown.
~~~
My name’s Cèsar Hawke. I’m a witch working for a division of the government you’ve never heard about.

The world’s not what everyone thinks it is—unless you think that our world’s a pawn in a game of chess between Heaven and Hell, and riddled with as much magic and wonder as it is with evil.

In that case, the world is exactly what you think.

My place of employment—the Office of Preternatural Affairs—takes a modern approach to an ages-old problem. It used to be that inquisitors would burn demons and the people in league with them. Now we get warrants, perform arrests, put the suspects on trial, and send guilty parties back to the Hell from whence they came with the travel forms filled out in triplicate.

This stuff I do with the OPA, it saves lives on most days.

Most days, I said.

ABOUT WITCH HUNT
There are scratches on Cèsar Hawke’s arms, a discharged Glock on his coffee table, and a dead woman in his bathtub. Yeah, maybe he brought the waitress home for some fun—he was too drunk to remember it—but he knows for a fact that he didn’t kill her. He’s an agent with the Office of Preternatural Affairs. He doesn’t hurt people. He saves them.

Isobel Stonecrow speaks with the dead. She brings closure to the bereaved and heals broken hearts. But when she talks to the wrong spirit, the OPA puts a bounty on her head.

Tracking down Isobel is the last case assigned to Cèsar before he bolts. If he finds her, he can prove that he didn’t kill that waitress. He can clear his name, get his job back, and bring justice to all those wronged families.

She’s just one witch. He’s bagged a dozen witches before.

How hard can one more be?

ABOUT SILVER BULLET
Former private investigator Cèsar Hawke has one rule: He doesn’t deal with dead bodies. That’s why he enlisted with the Magical Violations Department in the Office of Preternatural Affairs. He’s happy tracking down witches that commit petty crimes, but he leaves the homicides to other agents.

Except that he’s been assigned to a new team—a team that handles special investigations—and the job has suddenly changed. Now Cèsar has to deal with dead bodies. He also has to deal with necromancers, murderous cults, and demons that can stop a man’s heart with fear.

This isn’t the job he signed up for, but it’s the job he needs to do.

If he survives the first week.

ABOUT HOTTER THAN HELLTOWN
A killer is mutilating bodies in Los Angeles. Agent Cèsar Hawke is on the case, but the murderer is ahead of him—way ahead of him.

Wiping the memories of the dead so that the team’s necrocognitive can’t talk to them? Done. Preventing magical reconstruction of the crime scenes? Oh yeah. And the murders keep getting more brutal while Cèsar struggles to catch up.

The best way to heat up a cold case is to go to Helltown, where Los Angeles’s most powerful evil hides out, but even those demons are afraid of the murderer. Their fear adds one more question to the growing pile of unknowns:

What kind of bad guy is too hot for Helltown?

Nobody Gets the Girl: A Superhero Novel (WHOOSH! BAM! POW! Book 1)

Richard Rogers was an ordinary man until he met the super-genius Dr. Nicolas Knowbokov. Now trapped in a world that has no memory of him, Richard is an invisible, intangible ghost to everyone but Dr. Know and the scientist’s two sexy superheroine daughters, Rail Blade and the Thrill. Assigned the codename Nobody, Richard becomes the world’s ultimate spy, invisibly battling the super-powered terrorist army run by the mysterious mastermind Rex Monday. The fate of the free world is at stake as the superhuman battles escalate, wiping entire cities from the map, threatening the survival of all mankind. Who can save us from the looming apocalypse? Nobody!

Nobody Gets the Girl is a stand alone novel that leads into further adventures! Check out Burn Baby Burn: A Supervillain Novel as Sundancer and Pit Geek go on a crime spree! Then, the action continues in Covenant, as a team of superheroes struggling with dark pasts unite to face the threat of the mysterious terrorists known as the dervishes.