Winner of the Pulitzer Prize and the National Book Award, this novel about a resilient and courageous woman has become a Broadway show and a cultural phenomenon.

Celie has grown up poor in rural Georgia, despised by the society around her and abused by her own family. She strives to protect her sister, Nettie, from a similar fate, and while Nettie escapes to a new life as a missionary in Africa, Celie is left behind without her best friend and confidante, married off to an older suitor, and sentenced to a life alone with a harsh and brutal husband.

In an attempt to transcend a life that often seems too much to bear, Celie begins writing letters directly to God. The letters, spanning twenty years, record a journey of self-discovery and empowerment guided by the light of a few strong women. She meets Shug Avery, her husband’s mistress and a jazz singer with a zest for life, and her stepson’s wife, Sophia, who challenges her to fight for independence. And though the many letters from Celie’s sister are hidden by her husband, Nettie’s unwavering support will prove to be the most breathtaking of all.

The Color Purple has sold more than five million copies, inspired an Academy Award–nominated film starring Oprah Winfrey and directed by Steven Spielberg, and been adapted into a Tony-nominated Broadway musical. Lauded as a literary masterpiece, this is the groundbreaking novel that placed Walker “in the company of Faulkner” (The Nation), and remains a wrenching—yet intensely uplifting—experience for new generations of readers.

This ebook features a new introduction written by the author on the twenty-fifth anniversary of publication, and an illustrated biography of Alice Walker including rare photos from the author’s personal collection. 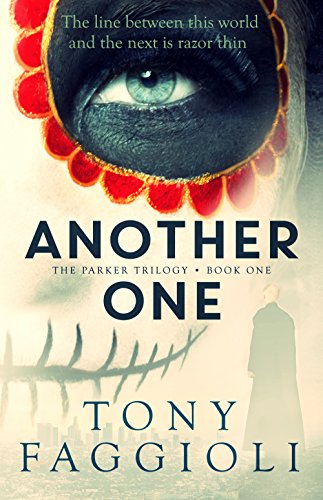 Another One: A Supernatural Crime Thriller (The Parker Trilogy Trilogy Book 1)

Detective Evan Parker is being haunted by the past. After two tours in the Afghanistan War, he thought the horrors that he witnessed there were behind him. But the death of his partner has now opened a dark hole of memories that are threatening to swallow Parker alive. Desperate to maintain his grip, he focuses on the last unsolved case his partner left behind: the brutal murder of Hymie Villarosa.

Father Bernardino Soltera is being destroyed by the present. After ministering to the gang-ridden streets of East L.A. for over twenty years, he’s unable to see past the pain and suffering that drugs and violence have wreaked on his neighborhood; he’s ready to give up. But when a young girl confesses that she’s pregnant and her boyfriend will hurt her if she doesn’t get an abortion? Father Soltera decides to make one more stand.

Hector Villarosa is being mocked by the future. After being released from jail he discovers the love of his life is with another man. As the leader of his gang, losing face could mean losing his life, and the fact that detectives are now asking questions about the death of Hector’s cousin, Hymie, isn’t helping. But Hector’s bigger problem is the demon that has followed him out of jail and on to the mean streets of East L.A.

Three men, one neighborhood. All about to discover that the veil between this world and the next is razor thin.

Love on My Mind

Tracey Livesay makes her Avon Impulse debut with a sparkling and sexy novel about a woman who will do anything to fulfill her dreams… but discovers that even the best laid plans can fail when love gets in the way.

Successful PR executive Chelsea Grant is one assignment away from making partner at her firm and nothing will stand in her way. Her big break? Turn a reclusive computer genius into a media darling in time for his new product launch. He may have been dubbed the “sexiest geek alive” but he has no patience for the press—and it shows. Piece of cake, right? Only problem is… his company doesn’t want him to know they hired her.

After a disastrous product launch two years ago, tech CEO Adam Bennett knows the success of his new device depends on the media’s support. When a twist of fate brings the beautiful PR specialist to his door, Adam hires Chelsea to help turn his image around. Their attraction is undeniable and the more time they spend together, the harder it becomes to keep things professional.

But when Adam discovers Chelsea’s deception, will she risk everything for her career or is love the real thing on her mind?

Goodreads – Add to your TBR

Vampires are real. That fact has Erin Hamilton thinking she’s headed for crazy town. Still, she can’t deny the intense emotion she experiences when Dante Gabriel sinks his teeth into her neck to take her blood. She’s in love, and her body responds to his bite in a way she never could have imagined.Once Dante tastes Erin’s blood, he’s addicted forever and cannot live without it. He’s heartbroken when she demands that he leave and never return. But neither can live without the other now, which puts them both at risk. As they struggle to understand the mysterious bond between them and decipher the secrets of the ancient Vampyre Texts, more patients disappear from the hospital. To complicate matters, a gang of vampire thugs chasing Erin, flashbacks increasing in number and clarity, and an ominous dark energy leave Dante on the brink of becoming unhinged.

#1 New York Times and USA Today Bestselling author Helen Hardt’s passion for the written word began with the books her mother read to her at bedtime. She wrote her first story at age six and hasn’t stopped since. In addition to being an award winning author of contemporary and historical romance and erotica, she’s a mother, a black belt in Taekwondo, a grammar geek, an appreciator of fine red wine, and a lover of Ben and Jerry’s ice cream. She writes from her home in Colorado, where she lives with her family. Helen loves to hear from readers.
Visit her here: https://www.facebook.com/HelenHardt
Twitter                  Instagram
Buy Links for all Helen’s Books: http://www.helenhardt.com/book/
Join the official street team for Helen
Hardt & Soul

This mega-bundle boxed set starts with the New York Times bestselling novel about the unconventional romance between Laura, a shy, curvy financial analyst who takes a chance with online dating — and finds two secret billionaires who both want her.

When her best friend, Josie, meets obstetrician Alex during Laura’s labor and delivery of Mike and Dylan’s first child, she finds her own love — but it’s complicated, of course…

An epic saga of a world where love means getting out of your own way, the Her Billionaires series has become well-loved reader favorite. New York Times bestselling romantic comedy author Julia Kent’s boxed set features:

and two short stories you can’t find anywhere else: Before Her Billionaires and This Never Happened.

Sink into a new world where choosing love means turning toward joy and laughter… in whatever form that takes.

1.99 at time of posting or FREE on FreeTimeUnlimited! LIMITED TIME ONLY!

This beloved Newbery Honor-winning story about a feisty heroine is sure to enchant readers new and old.

At her birth, Ella of Frell receives a foolish fairy’s gift—the “gift” of obedience. Ella must obey any order, whether it’s to hop on one foot for a day and a half, or to chop off her own head! But strong-willed Ella does not accept her fate…

Against a bold backdrop of princes, ogres, giants, wicked stepsisters, and fairy godmothers, Ella goes on a quest to break the curse forever.