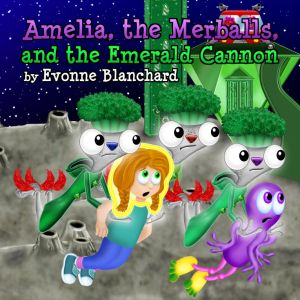 Title: Amelia, the Merballs and the Emerald Cannon

Amelia and Uglesnoo land on Mercury.  They meet the Merballs, the friendly aliens that live there.  All goes well, until an asteroid hits their planet. Amelia and Uglesnoo find themselves in deep trouble. How will they convince the Merballs of their innocence? And how will they manage to collect the flying shoes, escape Mercury and continue their quest to save Uglesnoo’s sister?

Book Three: Amelia, the Merballs and the Emerald Cannon 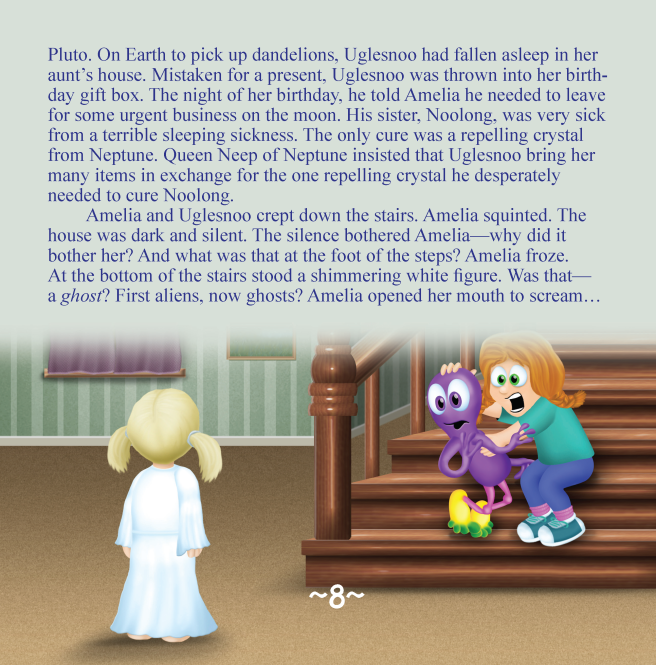 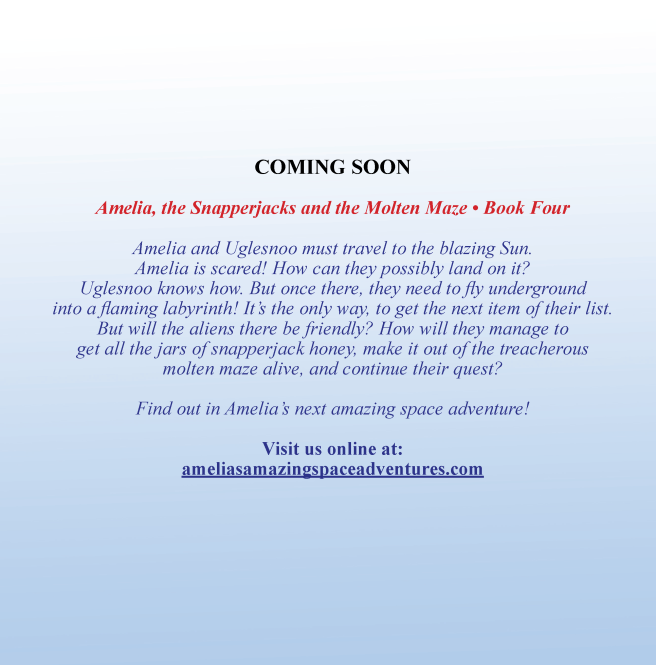 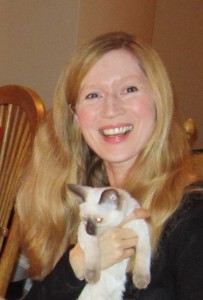 Evonne Blanchard was born and raised in England. She met her husband, an American whilst they were both volunteering at a children’s orphanage in Guatemala.  The writer lives north of Boston, Massachusetts with her husband and their two daughters, Lydia and Gwendolyn.  Other additions to the household include a crazy puppy called Bailey, a lovely cat called Arthur, and lots of fish!

The author has been fascinated by space ever since she was a little girl, mesmerized by clips of Neil Armstrong and Buzz Aldrin walking on the moon. As a teenager, War of the Worlds, by H.G Wells became one of her favorite books and she adores the movie Mars Attacks.

When it came to creating her own aliens, the author decided on the warm and fuzzy type, rather than the war-like Martians. Uglesnoo, her main alien character is from Pluto. He’s very friendly and nice but a little crazy too! This was the beginning of Amelia’s Amazing Space Adventures, starring Amelia and her alien friend Uglesnoo, from Pluto in a series of ten exciting space adventures for children, ages 5-10.

Uglesnoo’s sister is very sick.  The only cure is a repelling crystal from Neptune.  To obtain the crystal Amelia and Uglesnoo must travel to the Moon, Sun and all the planets in the solar system.

Evonne’s favorite planet -or to be more accurate dwarf planet- is Pluto, because it has a blue sky and glaciers just like Earth! She was not happy when Pluto was downgraded. Uglesnoo, her alien creation from Pluto is still mad at the decision.  “Pluto is the most important place in the solar system.  It’s where everyone goes for their vacation!” He agrees with Alan Stern, a leading NASA scientist, “This definition (of Pluto as a dwarf planet) stinks…!”

The author is currently working on the fourth book in the series, Amelia, the Snapperjacks and the Molten Maze.  This book is set on the Sun.  How will Amelia and Uglesnoo manage to land on the boiling hot Sun, trade with the aliens, find the jars of Snapperjack honey and continue their quest to save Uglesnoo’s sister?  Find out… in Amelia’s next amazing space adventure!

Book One: Amelia, the Moochins and the Sapphire Palace

Book Two: Amelia, the Venutons and the Golden Cage

Book Three: Amelia, the Merballs and the Emerald Cannon

Curious about the series? Click here to find out more:

Book One: Amelia, the Moochins and the Sapphire Palace

Book Two: Amelia, the Venutons and the Golden Cage

Win a signed copy of the book and a $50 Amazon gift card!