Emery Stone has a secret. If all goes as planned after she leaves her cheating ex-boyfriend, she can make sure no one ever finds out. Determined to keep love at bay, she’s resigned herself to a life of no strings attached, but just as she settles on her new loveless path, her heart is put to the test – again.

Jackson Pierce is all for a good time with a gorgeous woman, but Emery isn’t like other women. For the first time in a long time, he’s found someone he can’t stop thinking about and can’t wait to get to know better. The only problem is she’s built walls around her heart and no amount of promises or long, lust-filled nights will convince her to let him get closer.

As Emery and Jackson try to find a balance between what they want and what they need, they find themselves up against people from their past and forced to face the truth, no matter what the cost.

Is their relationship strong enough to survive the obstacles life places in front of them?

Standalone novel in the Heart of Stone series between 3 best friends searching for love, happiness and healing. HEA, Steamy Romance

Meet 6 strong women and the men who love them in this very special set. Enjoy the happiness, love and sorrows of the brides to be and of course there is mystery and mayhem sprinkled in!

Callie’s Heart
Winner of the 2015 Diamond Lear Award for Best Historical Romance and Rone Award Finalist
Shannon McMurphy travels to Asherville, Texas as a mail order bride expecting to marry a rancher. Instead, her intended is a saloonkeeper. Her refusal to marry enrages John Hardy and he slices her cheek with a knife so no other man would want her. She runs into the street and no one helps her until blond, blue-eyed Cinders rescues her.

Sexy, rancher Cinders saves Shannon and offers her a job. To protect her reputation he must marry her. They both agree it’s a marriage of convenience. He admires her spunk and willingness to learn everything about surviving the Texas frontier. He waits for her to ask to go home but she never does.

They learn a lot about each other through, stolen horses, Indian troubles, a cattle drive and the busybodies of the town. Their attraction for each other grows, but can they learn to trust enough to love?

Keegan’s Bride
Keegan Quinn watches the passengers disembark wondering where his mail order bride is. All he sees is a woman with a husband and child. Upon approaching the young woman, he discovers she is his bride, and she has a daughter she never mentioned. As they cross the street, the little girl screams for her daddy and points to the man who accompanied them on the stage.

Rancher Keegan Quinn is furious. The married woman swindled him into paying passage for her and her child. It was fool hardy to think a mail order bride would want him. He rides out of town as fast as he can, vowing never to look back. It’s a loco dream to think he can have a family while constantly looking over his shoulder.

Addy has no idea why Peg calls the new sheriff daddy. It cost her, Keegan, the man she hoped to make a life with. She has many secrets, but the sheriff is not one of them. She needs Keegan to keep her safe from her past in Boston. Once he learns the truth, he’ll send her back, but it’s a chance she’s willing to take.

Shane’s Bride
Rescued from Indians, Cecily McGuinness suffers from horrendous nightmare; ones that have her running from her lodging into the woods. She’ll never be normal again and most of the townspeople look at her with disdain. All she ever wanted was a family and a place to call home.
Sheriff Shane O’Connor is tired of tracking Cecily down each time she takes flight. Finally he makes her an offer to keep his house and help turn it into a farm. Her past doesn’t taint her in his eyes. In fact he finds himself very attracted to her but keeps his distance. She’d suffered enough at the hands of Long Nose.

Amid cheating gamblers, old friends who unexpectedly show up and a fire, a closeness develops between them. Cecily believes she isn’t fit to be a wife anymore. Can Shane convince her heart and soul that she is indeed worthy of a great love?

Tramp’s Bride
Handsome Cowboy Tramp Hart left his home and friends over a year ago. He’s finally back to make amends and take his place on the ranch. That is until he walks into the house he designed and finds a woman living there. He needs a plan to get her out so he can move in.

Mail Order Bride Ilene Duffy traveled from New York City to Asherville, Texas only to find out her marriage contract was no longer valid. Rancher Cinders and his wife Shannon offer her an empty house on their land. Ilene has no intentions of getting married.

Poor Boy’s Christmas
Poor Boy finally comes home. He’s no longer the waif we grew to love; he is very much a man now. As the stage coach approaches his beloved town he spots Sheriff Shane O’Conner riding off after a pair of bank robbers. Poor Boy, the new deputy quickly finds a horse and races after them. One of the robbers is killed and to his surprise the other outlaw is a beautiful young woman. 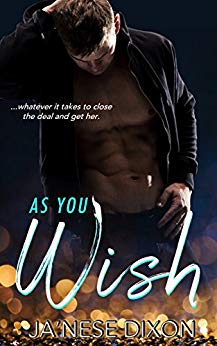 Is their simmering attraction enough to defeat their crusades?

Damian “The Shark” Hughes real estate billionaire lands in Houston, Texas to handle a “problem tenant” stalling his partnership with Rockstar Entertainment. But on first sight he doesn’t know which he wants more, to evict her or bed her.

Imani Scott is at the end of herself and her resources for keeping the doors of Harmony Dance open. What she doesn’t have time for is the sweet talking, money slinging gorgeousness from Atlanta. Her sole focus is on her students. They are depending on her and she’s not to go down without a fight.

The blurred line between friend or foe…

Imani organizes a Kwanzaa benefit recital to save her studio not knowing she’s sleeping with the enemy. And Damian is willing to do whatever it takes to close the deal and keep this ebony beauty by his side.

At odds yet drawn to each other by their undeniable chemistry, the ticking clock and a multi-million dollar development deal erect the perfect battleground.

Will they win the battle but lose the war? Or will they let love win?

Meet the tough, dedicated men of BOSTON FIRE—and the women who turn their lives upside down

Lydia Kincaid’s shipping back to Boston, but she’s not happy about it. She left to get away from the firefighting community—her father was a firefighter, her brother’s a firefighter and, more importantly, her ex is a firefighter. But family is number one and her father needs her help running the pub he bought when he retired. Soon, Lydia finds it hard to resist the familiar comfort and routine, and even harder to resist her brother’s handsome friend Aidan.

Aidan Hunt is a firefighter because of the Kincaid family. He’s had the hots for Lydia for years, but if ever a woman was off-limits to him it’s her. Aside from being his mentor’s daughter, she’s his best friend’s sister. The ex-wife of a fellow firefighter. But his plan to play it cool until she leaves town again fails, and soon he and Lydia have crossed a line they can’t un-cross.

As Aidan and Lydia’s flirtation turns into something more serious, Lydia knows she should be planning her escape. Being a firefighter’s wife was the hardest thing she’s ever done and she doesn’t know if she has the strength to do it again. Aidan can’t imagine walking away from Boston Fire—even for Lydia. The job and the brotherhood are his life; but if he wants Lydia in it, he’ll have to decide who’s first in his heart.

Such a small parcel shouldn’t cause experienced smugglers much trouble, but this parcel is far 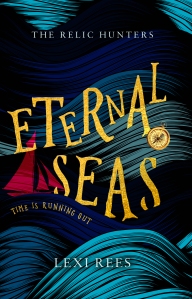 from normal. Lost and scared after a violent storm, Finn and his sister, Aria, take shelter on a remote island. They discover the parcel contains a relic belonging to a long forgotten people. Locked inside are powers which will change their lives, and the world, forever. As Finn realises his connection to the relic, a vision strikes him – but what does it mean? Who should they trust? And if they decide to follow their hearts rather than their orders, will they manage to deliver the relic in one piece? Chased across the seas as they try to solve the mysteries within the parcel, the fate of this ancient people depends on them. Finn and Aria must choose between what is right and what is easy – and time is running out … With brave protagonists and life lessons of courage and honour, Eternal Seas speaks from a `flawed’ character perspective that everyone can relate to. Young readers who enjoy daring plots and exciting adventures will delight in this original story of different races and tough choices. 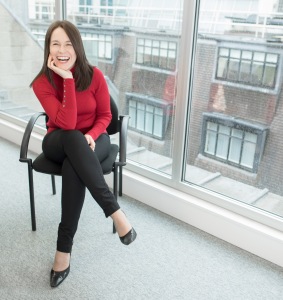 Lexi Rees spends as much time as possible sailing and horse riding, both of which she does spectacularly badly. Attempts at writing whilst horse riding have been disastrous, so Eternal Seas was written on a boat; the storm described in the book was frighteningly real.

Splat the Cat: I Scream for Ice Cream (I Can Read Level 1)

Splat and his class go on a field trip to an ice cream factory in this delectable I Can Read book from New York Times bestselling author-artist Rob Scotton. Splat can barely sit still during the bus ride. He’s imagining the mountain of ice cream he thinks he’ll get to eat! But when Splat gets there, that mountain becomes more of an avalanche. It’s up to Splat and his classmates to save the day!

Beginning readers will practice the –eam sound in this easy-to-read addition to the Splat series. Splat the Cat: I Scream for Ice Cream is a Level One I Can Read book, which means it’s perfect for children learning to sound out words and sentences.