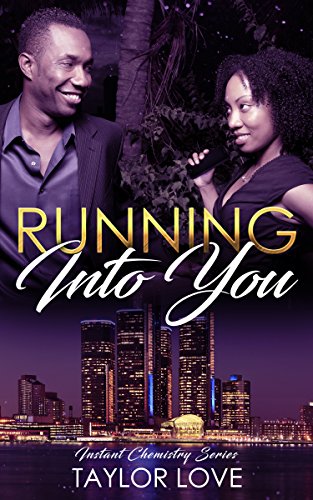 Running into You: Instant Chemistry Series

Andrea Cole is a career woman who has it all except romance. Her excuses range from she’s too busy, men are too crazy and dating is to emotionally hard! She also believes love should work on her schedule, but destiny has other plans when she literally runs into Cam. If those golden brown eyes were not enough to have her rethinking, then the spark of electricity when they touch definitely did! Will she let chemistry knock down the defenses of her heart?

Cam “Camden” Holden, likes his life just the way it is. He has a job he enjoys and a house he loves in his childhood city. So what if it’s empty when he lays his head down at night. His dating life remains casual, but he’s open to meeting “the one” to make him take love seriously. Fate may have been kind to him when pretty eyed Andrea literally bumps into him on the street. Will he be able to lure in the wary Ms. Cole…so he can make his house a home?

Take two people who avoid relationships and add the interest they have in each other. Sprinkle in large amounts of nosy friends and family. Mix with a liberal amount of two controlling senior citizens and heat to boiling. Immediately spread the mixture over a wedding and you have Here Comes the Best Man.

Josh and Louise both carry heavy emotional baggage from difficult pasts, but that doesn’t stop this from being a fun, enjoyable read.

Almost immediately after meeting, these two find they must work together to give Chad, Josh’s brother, and his bride-to-be, Maggie, their dream wedding.

Josh’s residual feelings of inadequacy from his military service and a combustible relationship with his father, and Louise’s difficult childhood and inability to trust after being used and played by a heartless jerk would suggest these two don’t have a chance.

But the bride and groom have other ideas, as do Louise’s employer, seventy-five-year-old Audrey, and Josh’s grandmother, eighty-year-old Rose Ann.

The drama is heightened with appearances of exes from Josh and Louise’s pasts, but these two are on a collision course that nothing seems to be able to stop, despite their own doubts.

In Here Comes the Best Man, we have people a bit older than the standard new adult fare and for me, it meant being spared the youthful foolishness without losing any of the youthful appeal. This read is truly a romantic comedy and I recommend it to readers who enjoy romance and fun.

Being the best man is a lot to live up to … 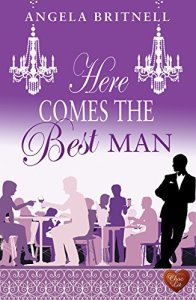 When troubled army veteran and musician Josh Robertson returns home to Nashville to be the best man at his younger brother Chad’s wedding he’s just sure that he’s going to mess it all up somehow.

But when it becomes clear that the wedding might not be going to plan, it’s up to Josh and fellow guest Louise Giles to make sure that Chad and his wife-to-be Maggie get their perfect day.

Can Josh be the best man his brother needs? And is there somebody else who is beginning to realize that Josh could be her ‘best man’ too? 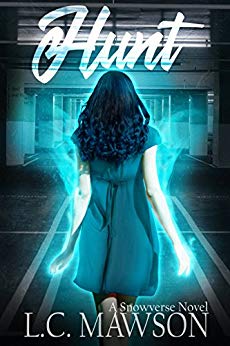 When Freya said that she’d be shocked if she made it through the year without killing herself, that wasn’t an invitation for a demon to come and do it for her.

Being passed from foster home to foster home, with no real family or friends to call her own had always been kind of a drag, and after fourteen years, Freya Snow was just kind of done with her dreary existence.

But when a terrifying creature with bright red eyes and needle-like teeth starts following her, and a ghost appears, telling her that her mother died to keep magic a secret from the mortal world, Freya is suddenly determined to survive the strange new world she finds herself thrust into.

The only trouble is, she’s not sure that her new ghostly mentor is telling her everything, and her survival may very well depend on the truth.

HUNT is a YA urban fantasy novel with a dash of sci-fi. It is the first book in the Freya Snow series.

Being the best man is a lot to live up to …

When troubled army veteran and musician Josh Robertson returns home to Nashville to be the best man at his younger brother Chad’s wedding he’s just sure that he’s going to mess it all up somehow.

But when it becomes clear that the wedding might not be going to plan, it’s up to Josh and fellow guest Louise Giles to make sure that Chad and his wife-to-be Maggie get their perfect day.

Can Josh be the best man his brother needs? And is there somebody else who is beginning to realize that Josh could be her ‘best man’ too? 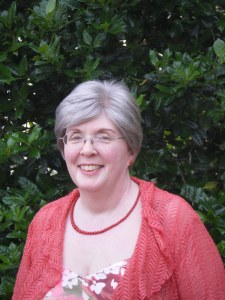 Angela grew up in Cornwall, England and returns frequently from her new home in Nashville, Tennessee. A lifelong love of reading turned into a passion for writing contemporary romance and her novels are usually set in the many places she’s visited or lived on her extensive travels. After more than three decades of marriage to her American husband, she’s a huge fan of transatlantic romance and always makes sure her characters get their own happy-ever-after. Over the last twelve years, she’s published over 20 novels and several short stories for women’s magazines. She is a member of the Romantic Novelists’ Association, the Romance Writers of America and the Music City Romance Writers. 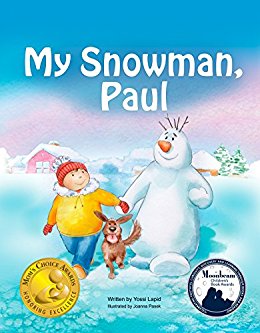 A Warm Story of Friendship and Wonderful Adventures!

Snowman Paul is a charming snowman who loves playing games and going on adventures with friends. In this book, Snowman Paul meets Dan for the first time, and they become best friends in an adventure-filled winter wonderland. This book teaches children the valuable lessons of true friendship and being comfortable with who they are.

Fast paced and stunningly illustrated with full-page watercolors, it will delight children and parents alike. It is a great bedtime story, and it is ideal for beginner readers. It makes a beautiful gift, and it will show you how much fun winter can be if you embrace your imagination.
Ready to experience fantastic fun on cold winter nights or hot summer days? Join Dan and Snowman Paul in their imaginative and whimsical adventures. 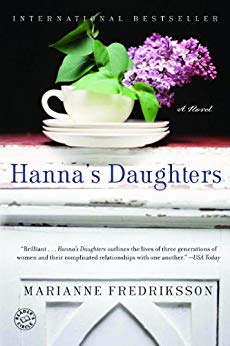 “An uplifting family saga . . . [Marianne] Fredriksson provides a satisfyingly complex . . . chronicle of women and the burdens imposed by their family history, their gender and themselves. . . . Its message of reconciliation is transcendent.”—People

Sweeping through one hundred years of Scandinavian history, this luminous story follows three generations of Swedish women—a grandmother, a mother, and a daughter—whose lives are linked through a century of great love and great loss. Resonating with truth and revelation, this moving novel deftly explores the often difficult but enduring ties between mothers and daughters, the sacrifices, compromises, and rewards in the relationships between men and women, and the patterns of emotion that repeat themselves through generations. If you have ever wanted to connect with the past, or rediscover family, Hanna’s Daughters will strike a chord in your heart. . . .

“Brilliant . . . Hanna’s Daughters outlines the lives of three generations of women and their complicated relationships with one another.”—USA Today