4.99 at time of posting! Kindle Unlimited!

They think she’s a monster, but she’s their only hope…

In a divided nation, 14-year-old Jetta belongs nowhere. Her face is split right down the middle: half-black and half-white. The non-white residents of her New Orleans camp call her a demon. The white oppressors who took over during the 2nd American Civil War have called her much worse…

After years as an outcast, Jetta uncovers her true heritage as the daughter of an African storm god and a Finnish death goddess. As she attempts to harness her terrible new abilities to turn the tide in the war, trouble comes to those she tries to help. Only Jetta has the power to heal her divided homeland… or destroy everything in her path…

Girl Divided is a post-apocalyptic sci-fi novel infused with magical forces. If you like immersive worlds, strong characters, and a tale that reads like Neil Gaiman and Stephen King combined, then you’ll love Willow Rose’s provocative story.

Sarah Peterson wrote out her life plan when she was fourteen-years-old, complete with a description of her husband-to-be, where he’d propose, and the ring he’d give her.

Fast forward four years, and a birthday celebration which included too much alcohol lands Sarah in front of clairvoyant, Madame Louisa.

Though tipsy, Sarah is able to connect to the psychic, who’s spot on about things which have happened to the young college student.

Among other things, Madame Louisa predicts when Sarah finds The One he will be named Steven.

The session is recorded, and the tape promptly goes missing after that night. Despite some in-depth searching, the tape is never found… until Sarah is packing for a life-changing move twelve years later.

Hearing the prediction again about her future mate leads Sarah to obsess over finding Steven. She makes several missteps and a few whooping mistakes all while searching for her The One.

One of those mistakes was her treatment of Nick, all-around nice guy whom Sarah clicked with instantly. She had feelings for him but continued to talk herself out of anything happening between—no matter how much she wants it to—because his name isn’t Steven. But he was SO sweet, despite his own past heartbreak. I just wanted to give the guy a hug!

Another mistake was Andy, her long-term college boyfriend who turned into an asshat and chose his high-flying career over Sarah. Now he’s back apologizing and professing his love. Dumb-dumb Sarah is falling for it because she always believed they’d end up back together. Oh, and his middle name is Steven. Meh.

Were it not for a stellar cast of supporting characters, I probably would have pushed Sarah off an overhang in Whitsborough Bay.

Most people want the happily-ever-after, but it was all Sarah could focus on most of the time, and it led to bad decisions. She’d admit her goofs and gaffes, but it didn’t stop her from rushing right out and doing it again.

To be fair, events in her youth helped shaped Sarah’s psyche and I understood that. She also wanted a marriage identical to the one her parents shared. But she was more starry-eyed teen instead of mature thirty-year-old woman.

However, she had good taste in friends.

Loved Elise, Sarah’s best friend since primary, and Clare, her friend since college. Both obviously knew her very well and tried to give advice and support and be there for Sarah when she needed them. They also didn’t care for each other and their scenes together are full of sniping sarcasm and biting wit and too much fun!

Auntie Kay, what a sweetheart! Her backstory was heartbreaking, but it didn’t stop her from being a warm, loving and giving person.

Searching for Steven is a light, fun read many will enjoy regardless of preferred genre. Take a trip to Whitsborough Bay and stop into Minty’s for a pint!

What if you already know your future… but not the path to take you there?

When Sarah Peterson accepts her Auntie Kay’s unexpected offer to take over her florist’s shop, she’s prepared for a change of job, home and lifestyle. What she isn’t prepared for is the discovery of a scarily accurate clairvoyant reading that’s been missing for twelve years. All her predictions have come true, except one: she’s about to meet the man of her dreams. Oh, and his name is Steven. Suddenly Stevens are everywhere. Could it be the window cleaner, the rep, the manager of the coffee shop, or any of the men she’s met online? On top of that, she finds herself quite attracted to a handsome web designer, but his name isn’t even Steven… During this unusual search, will Sarah find her destiny?

What if you already know your future… but not the path to take you there?

When Sarah Peterson accepts her Auntie Kay’s unexpected offer to take over her florist’s shop, she’s prepared for a change of job, home and lifestyle. What she isn’t prepared for is the discovery of a scarily accurate clairvoyant reading that’s been missing for twelve years. All her predictions have come true, except one: she’s about to meet the man of her dreams. Oh, and his name is Steven. Suddenly Stevens are everywhere. Could it be the window cleaner, the rep, the manager of the coffee shop, or any of the men she’s met online? On top of that, she finds herself quite attracted to a handsome web designer, but his name isn’t even Steven… During this unusual search, will Sarah find her destiny? 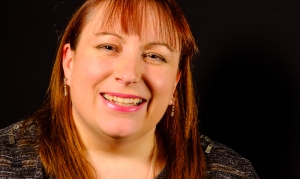 Jessica had never considered writing as a career until a former manager kept telling her that her business reports read more like stories and she should write a book. She loved writing but had no plot ideas. Then something happened to her that prompted the premise for her debut novel, Searching for Steven. She put fingers to keyboard and soon realised she had a trilogy and a novella!

She lives on the stunning North Yorkshire Coast – the inspiration for the settings in her books – with her husband, daughter, cat, Sprocker Spaniel, and an ever-growing collection of collectible teddy bears. Although if the dog has her way, the collection will be reduced to a pile of stuffing and chewed limbs!

Jessica tries to balance her time – usually unsuccessfully – between being an HR tutor and writing.

The (Fairly) True Story of Snow White and the Seven Dwarves

From the New York Times bestselling author of Rump, comes the true story behind another unlikely hero: a grumpy dwarf who gets tangled up in Snow White’s feud with the wicked queen.

Ever since he was a dwarfling, Borlen (nicknamed “Grump”) has dreamed of visiting The Surface, so when opportunity knocks, he leaves his cavern home behind.

At first, life aboveground is a dream come true. Queen Elfrieda Veronika Ingrid Lenore (E.V.I.L.) is the best friend Grump always wanted, feeding him all the rubies he can eat and allowing him to rule at her side in exchange for magic and information. But as time goes on, Grump starts to suspect that Queen E.V.I.L. may not be as nice as she seems. . . .

When the queen commands him to carry out a horrible task against her stepdaughter Snow White, Grump is in over his head. He’s bound by magic to help the queen, but also to protect Snow White. As if that wasn’t stressful enough, the queen keeps bugging him for updates through her magic mirror!

He’ll have to dig deep to find a way out of this pickle, and that’s enough to make any dwarf Grumpy indeed. 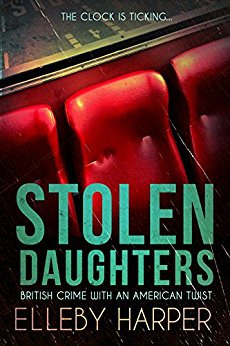 When a busload of schoolgirls vanishes, the clock starts ticking and the case gets personal when it’s discovered two of the girls are DS Eli Morgan’s daughters. Will this case tip Morgan over the edge?

A detective haunted by her past…

A teen in trouble with the police that only DCI Bex Wynter believes is innocent.

These cases collide when Bex stumbles over two dead bodies and into danger. Can she stay alive long enough to save Morgan’s stolen daughters before time runs out?

Stolen Daughters is British crime with an American twist! If you like realistic crime fiction packed with suspense and filled with richly diverse characters, then you’ll love this page-turning mystery that will keep you glued till the end.

This is the second book to feature American Bex Wynter at the London Met with the Youth Crimes Team. While each book in the series can be read as a stand alone, the story will be enhanced if read in sequence. That way the development of relationships between the characters can be understood and better appreciated.

Scent of the Soul

2.99 at time of posting! Kindle Unlimited!

In twelfth century Scotland, it took a half-Gael with a Viking name to restore the clans to their rightful lands. Once an exile, Somerled the Mighty now dominates the west. He’s making alliances, expanding his territory, and proposing marriage to the Manx princess.

It’s a bad time to fall for Breagha, a torc-wearing slave with a supernatural sense of smell.

Somerled resists the intense attraction to a woman who offers no political gain, and he won’t have a mistress making demands on him while he’s negotiating a marriage his people need. Besides, Breagha belongs to a rival king, one whose fresh alliance Somerled can’t afford to lose.

It’s when Breagha vanishes that Somerled realizes just how much he needs her. He abandons his marriage plans to search for her, unprepared for the evil lurking in the shadowy recesses of Ireland—a lustful demon who will stop at nothing to keep Breagha for himself.

My Tweets
Geeking Out about It

BlerdWatching Waaay Too Much TV

Stories of the Heart