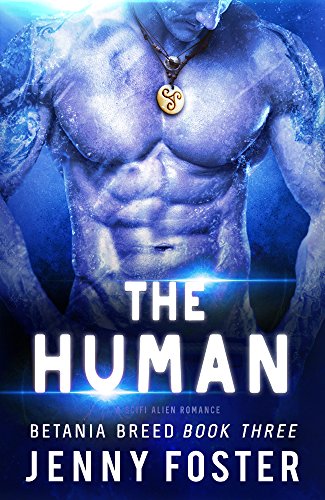 The Human: A Sci-Fi Alien Romance

My orders are simple.
Bring the human female to my King.
A routine job for me – Or so I thought.

I am Talon Delkhari.
I was the mightiest warlord of my people, until I dared to contradict my king. Instead of granting me an honorable death in the fight against our enemies, he made me his chamberlain instead. It is my job to ensure the safety of his women.

His newest conquest is from Earth. He won her in a poker game, and I am supposed to deliver her safely to his bed. An easy assignment for someone like me. That’s what I thought, anyway, until this human woman awakened the predator lurking under my skin, and it claimed her for itself.

She is different to all of the other women I know.
She can see the animal in me.
She looks at me without fear.

Her scent follows me into my dreams, and even though I know that she can never belong to me, I can’t take my eyes off her.
My loyalty to my people and my sense of duty, however, are stronger than the beast under my skin that yearns for her…

The Half-Drowned King: A Novel (The Golden Wolf Saga)

Centuries ago, in a blood-soaked land ruled by legendary gods and warring men, a prophecy foretold of a high king who would come to reign over all of the north. . . .

Ragnvald Eysteinsson, the son and grandson of kings, grew up believing that he would one day take his dead father’s place as chief of his family’s lands. But, sailing home from a raiding trip to Ireland, the young warrior is betrayed and left for dead by men in the pay of his greedy stepfather, Olaf. Rescued by a fisherman, Ragnvald is determined to have revenge for his stepfather’s betrayal, claim his birthright and the woman he loves, and rescue his beloved sister Svanhild. Opportunity may lie with Harald of Vestfold, the strong young Norse warrior rumored to be the prophesied king. Ragnvald pledges his sword to King Harald, a choice that will hold enormous consequence in the years to come.

While Ragnvald’s duty is to fight—and even die—for his honor, Svanhild must make an advantageous marriage, though her adventurous spirit yearns to see the world. Her stepfather, Olaf, has arranged a husband for her—a hard old man she neither loves nor desires. When the chance to escape Olaf’s cruelty comes at the hands of her brother’s arch rival, the shrewd young woman is forced to make a heartbreaking choice: family or freedom.

Set in a mystical and violent world defined by honor, loyalty, deceit, passion, and courage, The Half-Drowned King is an electrifying adventure that breathtakingly illuminates the Viking world and the birth of Scandinavia.

The Kunoichi: Woman Ninja Assassin at the Battle of Okehazama

In Ancient Japan, a land divided by various warring countries, four extraordinary young women have been bred to fight in a secret operation. They are Kunoichi, female Ninjas, who, under the disguise of their feminine beauty, have trained as deadly assassins. The leader of this squad is Sakura, a breathtaking beauty who has mastered the art of Ninja and sword fighting.

Two families who control separate countries are preparing for war. One of the leaders, Nobunaga Oda, hires the Kunoichi to help defend his realm. But soon he finds himself falling for Sakura…
“Come closer.”
Her pale rose coloured naked body is dazzlingly voluptuous.

As the battle intensifies he must try to forget the longing of his heart to defeat a fearsome enemy.
“My lord, if you order me not to come with you to the battlefield, you have to make me one promise.”
Nobunaga is startled. “What is the promise?”

Based on real Samurai history, The Kunoichi tells of the period leading up to, and immediately following the iconic battle of Okehazama, bringing these legendary female Ninjas out from the shadow of the battlefield.

“My name is Black. Quentin Black.”

Gifted with an uncanny sense about people, psychologist Miri Fox works as an off and on profiler for the police. So when they think they’ve finally nailed the “Wedding Killer,” she agrees to check him out, using her gift to discover the truth.

But the suspect, Quentin Black, isn’t anything like Miri expects. He claims to be hunting the killer too and the longer Miri talks to him, the more determined she becomes to uncover his secrets.

When he confronts her about the nature of her peculiar “insight,” Miri gets pulled into Black’s bizarre world and embroiled in a game of cat and mouse with a deadly killer–who still might be Black himself. Worse, she finds herself irresistibly drawn to Black, a complication she doesn’t need with a best friend who’s a homicide cop and a boyfriend in intelligence.

Can Miriam see a way out or is her future covered in Black? 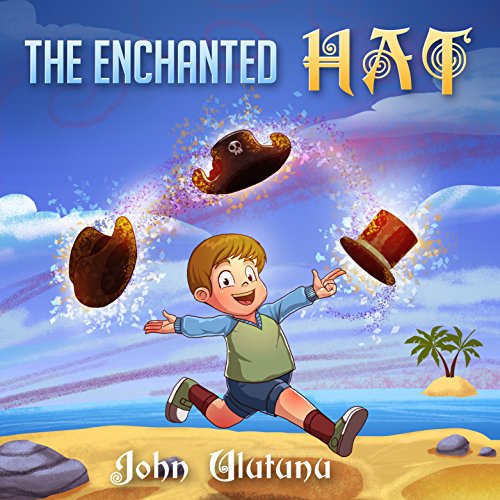 What if you could travel through space and time…

David is an ordinary boy, with an an EXTRA-ordinary hat! A hat that can take him to places, well beyond his wildest dreams!

Sail on a pirate ship, dance with wild animals, go on adventurous, heart throbbing expeditions… it’s all possible with the magic hat!

Hold on tight, because you are about to go on an EPIC adventure!

Are you ready… let’s begin!