For some writers, editing strikes fear into their hearts. Okay, perhaps not fear, but some discomfort. At least a stomach ache, right?

Before you reach for the antacids, let’s discuss the different methods of editing and introduce some ways that might make it less intimidating.

via What’s Missing From Your Self-Editing

A subgroup of writers (myself included) proclaim they are pantsers, meaning they write by the seat of their pants with little planning beforehand. But even pantsters have to do some planning. In fact, it would be more accurate to call ourselves plantsers.

Planning is taking an initial idea and developing it into a cohesive premise that makes a story. Plot points, conflict, and characters have to be decided. You pretty much have to know the beginning, middle, and end of a story before the draft starts. The difference between planners and plantsers is how many smaller details are decided beforehand.

So why do writers get stuck here? Based on my own experience and talking with other writers, I see two primary culprits:

via Where Writers Get Stuck: Planning

FREE at time of posting! (LIMITED TIME ONLY!)

The Arrington Family Series Box Set (Books 1 to 3) is a limited edition set. In honor of October being breast cancer awareness month, I’m donating 10 percent of my sales from the box set for the months of October and November to the Susan G. Komen Breast Cancer Foundation.

COOKING UP LOVE
What happens when a suave, handsome chef meets a cute, sassy food critic?

When Shelbi Arrington accepts a position as a food critic in the hopes of burying her medical career and foregoing her residency, the last thing she’s searching for is love. However, that’s just what the doctor ordered especially when she lays eyes on the handsome chef, Justin Richardson. While sorting out her secret conflict of continuing her medical career, she falls for his mouth-watering charm, leaving her hungry for anything he has to offer.

Justin is leery of doctors because a doctor’s negligence caused his mother’s death when he was twelve. He has put his focus and energy into his restaurant, which had been a dream he and his mother shared. Justin is immediately smitten by the cute, sassy food critic that has him cooking up different ways to please her appetite. But when things start to heat up, Shelbi learns of a shocking revelation that could extinguish the flame of their relationship. Will Justin be able to forget his pain and commit to the woman who has stolen his heart?

THE GAME OF SEDUCTION
Dr. Bria Arrington has had her heart broken by one bad boy playboy and doesn’t want to travel down that road again. However, she finds herself attracted to her best friend, self-proclaimed bachelor, Rasheed Vincent. After a passionate kiss leaves them desiring more, seducing each other is the only cure.

A retired basketball player, Rasheed is a player on and off the court. When a woman gets too close, he bounces to the next one. But the condition he’s in makes him want a permanent dose of Bria’s love, and he’s ready for the shot. She knows falling in love with Rasheed is a prescription for trouble, yet she’s willing to risk it. But can she trust him with her heart?

ONLY ONE FOR ME

Part One
Cannon Arrington has pushed aside a social life to dedicate his time to medical school, extracurricular activities, and helping others … that is, until he lays his eyes on the angelic face of Yasmine Dubose. For Cannon, meeting her was a breath of fresh air. Something about the bubbly, sexy teacher makes him realize he needs to stop and smell the roses.

Yasmine has had a crush on Cannon since high school, but he’d never noticed the nerdy freshman. Now she’s blossomed into a woman who’s full of life. She knows Cannon’s drive for success is important to him, but she fears he’ll become even more of a workaholic than her father, who died when she was a child.

Will Cannon settle down and learn how to balance his career and love life, or will he lose the simply amazing woman who has stolen his heart?

Part Two
Dr. Cannon Arrington’s mission is to help people in need. But when his ex fiancée re enters his life after twelve years, he has a new mission. Never let her get away again.

Yasmine Dubose never stopped loving Cannon. Instead, she learned to live without him, guarding her heart in the process. However, when they are brought together to plan a wedding for their best friends, Yasmine is faced with the challenge of following her heart this time around or risk losing the only man she’s ever loved.

99¢ at time of posting – KINDLE COUNTDOWN!

Life as the sister of a serial killer is never easy, especially when former runaway Mari Del Lobo becomes a target herself. A recent crime has her late brother’s signature and MO, which Mari finds highly unusual, as she still blames herself for her only sibling’s death. Mari encounters an unexpected — and a very attractive — ally in Dr. Luke Goodman. Luke couldn’t save his fiancée from the Smiling Killer, but he’ll do anything to prevent more murders, even ask for help from the serial killer’s sister. Finding a kindred tortured soul in Mari, Luke is determined to keep her alive, but it’s not easy to protect the stubborn ex-rebel. To solve the mystery, renew her faith, and find love and redemption, Mari has to face her most dangerous enemy — herself.

Imauni Scott knows exactly what she wants…Jordan Miles. She’s never been shy about her feelings for him, and she’s always felt like he was the man she would spend the rest of her life with. But when things got rough, Jordan did the one thing she never expected. The man she thought had her back through anything, simply walked away from her like she meant nothing.

Jordan knows his decision to break things off with Imauni hurt her deeply, but he had his reasons—reasons that she struggles to understand. Still, it’s a decision that he’s determined to stand by. But, even after choosing to walk away, Jordan refuses to let go of her completely. Knowing all of Imauni’s weaknesses, he uses them to his advantage. But when the tables turn, he finds himself regretting his past decisions.

What happens when Jordan is forced to face the consequences of his actions? Will he come to his senses and fight for the woman he truly loves? Or will he fold, and convince himself that it’s not even worth the risk?

On Sale until April 9th

Synopsis
Riches to rags. Does the murderer’s daughter deserve a second chance?
The FBI has convicted her father, and her hometown is reeling from the corruption. She’s hoping to rebuild her life, and the last thing she expects to find is help from a super-sexy video gamer geek.
Entrepreneur Jacob Reyes has escaped to Colorado for a much-needed rest before developing his next game world. He’s looking for inspiration in the mountain valley, not expecting an interior designer to get his creative juices flowing.
When Jacob asks Rachelle to redesign his vacation home, she has no idea she’s headed deeper into a world of jealousy and manipulation. But she’s a survivor and swears she will never trust anyone again. Can Jacob provide her a soft place to land until she discovers there’s no better place to call home than the small town of Elkridge? 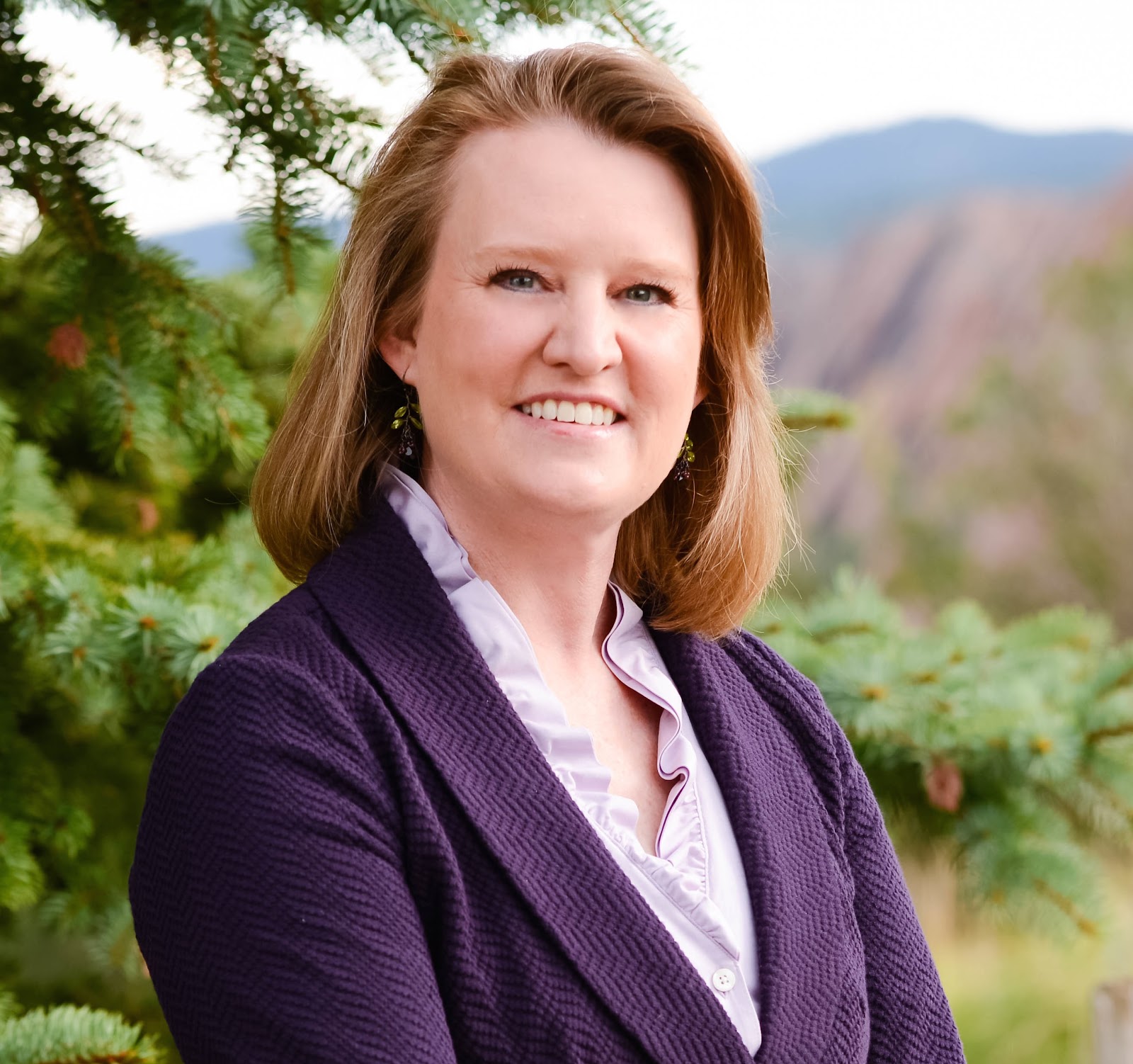 Award-winning author Lyz Kelley resides in a small community in Colorado with her husband and several four-legged family members. She’s a disaster in the kitchen, a compulsive neat freak, and tea snob, a lover of board games, gardening, and painting.  She loves writing about strong women who have endured challenges and the men who enrich their lives.
A healing love is at the heart of her book series. Creating wounded yet amazing characters—discovering what drives them, frightens them, heals them, makes them laugh—is what gives her joy. Lyz is pleased to share that joy with her masterfully written stories.
To keep tabs on her newest releases, connect with Lyz by signing up for her newsletter at LyzKelley.com. Members receive a copy of Unmistaken and learn about thoughtful giveaways, Members may even get the opportunity to receive advanced reader copies. Check out LyzKelley.com for more information.


Check out other books in the Elkridge series: http://lyzkelley.com/elkridge-series.html

Bestselling author and the creator of the Men of Inked series introduces her sexy new covers for her alpha male romance series, ALFA Investigations.

The men at ALFA Investigations are tough as nails, all about the chase, and love playing dirty. From ruthless criminals to wild women, they’ll stop at nothing to fight the bad guys and win the girl.
Florida has never been so hot. ALFA Investigations is a steamy, action-packed romance series by Wall Street Journal and USA Today bestselling author Chelle Bliss.
Sinful Intent (Book #1) is currently Free

Meet the Author
USA Today bestselling author Chelle Bliss currently lives in a small town near the Gulf of Mexico. She’s a full-time writer, time-waster extraordinaire, social media addict, and coffee fiend. She’s written over ten books and has two series available. She loves spending her free time with her boyfriend, 2 cats, and her hamster.

Before becoming a writer, Chelle taught high school history for over ten years. She holds a master’s degree in Instructional Technology and a bachelor’s in History. Although history is her first love, writing has become her dream job and she can’t imagine doing anything else.
http://chellebliss.com/
https://www.facebook.com/authorchellebliss1
http://chellebliss.com/newsletter/
https://twitter.com/ChelleBliss1
https://www.instagram.com/authorchellebliss/

Atlas and Kane have faced evil before, but nothing like this. This new evil is someone they know; someone they love. How far will they go to stop this malevolent force? If saving the world means ending the life of one of their own, can they do it? And with all the blood and drama, is there any hope at all for the team to find happiness? Atlas has tried to keep the team together but the time has come, and everyone, including Atlas, will have to choose a side. After this quest, the team will never be the same…