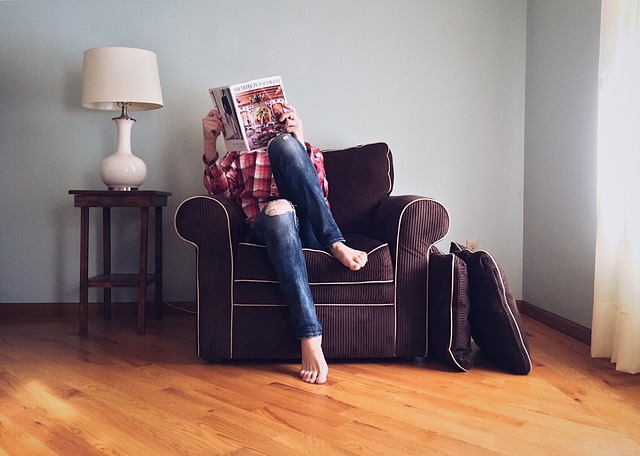 The moment you think you know everything about writing, that’s the moment your writing plateaus.

Last week I talked about why writers should read voraciously. But that was a post focused on fiction. You know, reading in the genre you write. For instance, if you write fantasy, you ought to be familiar with fantasy and read it near daily.

But writers are, first and foremost, readers, and while it’s useful to read any fiction we can get our hands on . . .

via Throwback Thursday: Why You Should Read About Writing 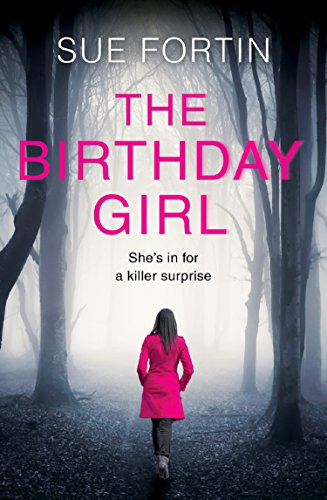 Dear Carys, Zoe and Andrea
Come and join me for my fortieth birthday adventure weekend, full of mysteries and surprises
the like of which you can’t imagine.

When Joanne’s friends reluctantly accept an invitation to her birthday party, it quickly becomes clear that there is more to this weekend than they are expecting.
One of them is hiding a secret.
And Joanne is planning to reveal it…

A weekend away in a cottage in the woods sounds like fun – until no one can hear your cries for help.

Four friends.
A party to die for.
Who will survive? 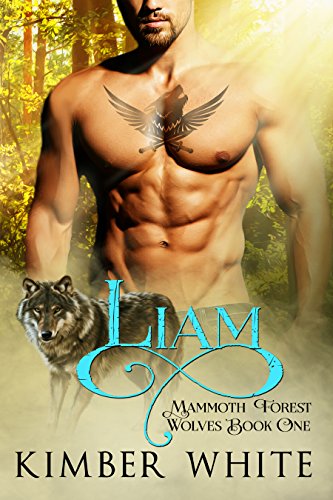 For two generations, the wolf shifters of Mammoth Forest have lived under the brutal, ruthless control of the Kentucky Chief Pack Alpha. They have been denied their freedom, their rightful packs, and fated mates for far too long. Now, five brave men have forged a secret alliance hell-bent on resistance. Follow along as the shifters of Mammoth Forest fight to reclaim the women they love and the packs they were born to lead.

Liam – On a mission for critical medical supplies, Liam comes across curvy spitfire Molly. His protective instincts kick into overdrive. But, Molly’s stronger than she looks and she’s fully capable of taking care of her own damn self. It takes about two seconds for Liam to figure out Molly’s his fated mate. In another time and another place, that would make things simple. Here in Kentucky, that makes her a weapon the Chief Pack can use against Liam and all the resistance fighters in Mammoth Forest.

Molly – Molly Ravary’s not the kind of girl who believes in love at first sight. But when Liam McConnell walks into her life, all rippling muscles and eyes blazing with mystery, she might just have to rethink that. He’s hiding something but that doesn’t keep her from being drawn to him. When he reveals his true shifter self, Molly knows she should head for the hills. Except, his nature calls to hers and his truth opens a hidden, magical world she’s been living in all along. Instead of turning away like she knows she should, Molly finds herself all in.

Molly and Liam’s passion for each other creates the greatest danger of all. Giving into it could ruin them both.

When Imogen returns to her second year at Callador, she immediately senses the looming, threatening darkness embracing her school. A vision from last year promised yet another death, but the killing won’t stop there.

If Imogen can’t figure out who the killer is, the murders may never stop. And her friends might be next. Her only hope for saving them lies in her curse of being Dark Blessed, but revealing her true nature could destroy her life forever.

But what’s a girl to do when her number one suspect is the guy she doesn’t even realize she’s falling for?

Amazon US I Amazon UK

A Curse of Fire Book One

Amazon US I Amazon UK

Sophia Shade is the enchanting author of the Fae Academy world. She lives beyond the Shadow Veil with the students, teachers, and creatures who attend Callador: Academy of the Aos Sí. When not writing, she spends her time battling darkness to save her newfound friends and family from the mysterious force that wants to drain all magic from Faerie once and for all. 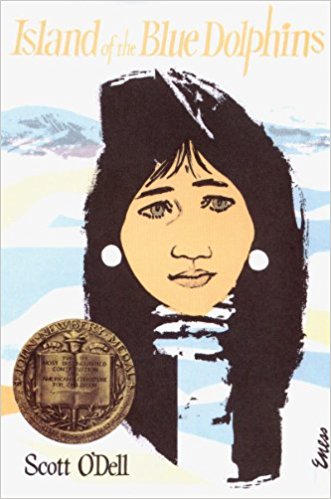 Island of the Blue Dolphins

Far off the coast of California looms a harsh rock known as the island of San Nicholas. Dolphins flash in the blue waters around it, sea otter play in the vast kep beds, and sea elephants loll on the stony beaches.

Here, in the early 1800s, according to history, an Indian girl spent eighteen years alone, and this beautifully written novel is her story. It is a romantic adventure filled with drama and heartache, for not only was mere subsistence on so desolate a spot a near miracle, but Karana had to contend with the ferocious pack of wild dogs that had killed her younger brother, constantly guard against the Aleutian sea otter hunters, and maintain a precarious food supply.

More than this, it is an adventure of the spirit that will haunt the reader long after the book has been put down. Karana’s quiet courage, her Indian self-reliance and acceptance of fate, transform what to many would have been a devastating ordeal into an uplifting experience. From loneliness and terror come strength and serenity in this Newbery Medal-winning classic.

In celebration of the book’s 50th anniversary, this edition has an introduction by Lois Lowry, Newbery Medal-winning author of The Giver and Number the Stars. 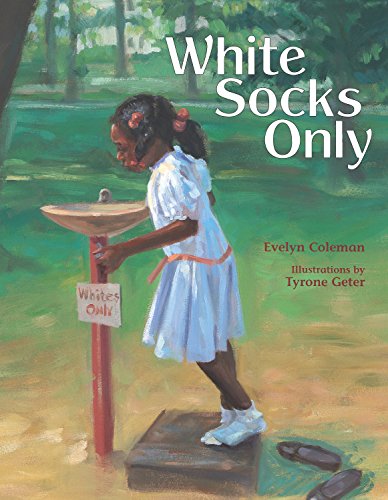 In the segregated south, a young girl thinks that she can drink from a fountain marked “Whites Only” because she is wearing her white socks. 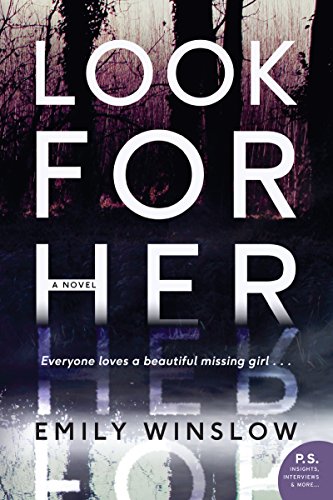 Look for Her: A Novel (Keene & Frohmann)

Lilling might seem like an idyllic English village, but it’s home to a dark history. In 1976, a teenage girl named Annalise Wood disappeared, and though her body was later discovered, the culprit was never found. Decades later, Annalise maintains a perverse kind of celebrity, and is still the focus of grief, speculation, and for one young woman, a disturbing, escalating jealousy.

When DNA linked to the Annalise murder unexpectedly surfaces, cold case detective Morris Keene and his former partner, Chloe Frohmann, hope to finally bring closure to this traumatized community. But the new evidence instead undoes the case’s only certainty: the buried body that had long ago been confidently identified as Annalise may be someone else entirely, and instead of answers, the investigators face only new puzzles.

Whose body was unearthed all those years ago, and what happened to the real Annalise? Is someone interfering with the investigation? And is there a link to a present-day drowning with eerie connections? With piercing insight and shocking twists, Emily Winslow explores the dark side of sensationalized crime in this haunting psychological thriller.