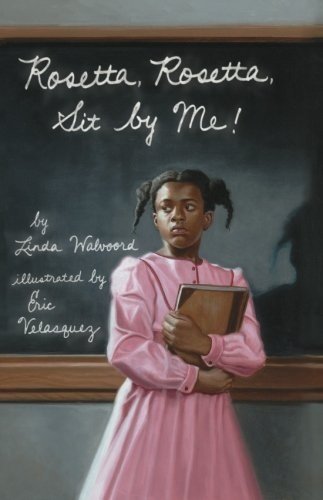 Rosetta, Rosetta, Sit By Me!

Frederick Douglass’s daughter tells her own story of segregation and triumph.

“Rosetta, Rosetta, Sit by me!” That’s what the white girls at Miss Tracy’s Female Seminary yell when Rosetta, Frederick Douglass’s nine-year-old daughter, shows up on the first day of school. But things don’t turn out the way she expects. Not only does she have to study in a classroom all by herself, but she’s also kept apart at recess. Told in Rosetta’s voice, and illustrated throughout, this remarkable chapter book includes a biographical endnote; a time line; reproductions of a letter from Rosetta to her father and Frederick Douglass’s newspaper, the North Star; and source notes.