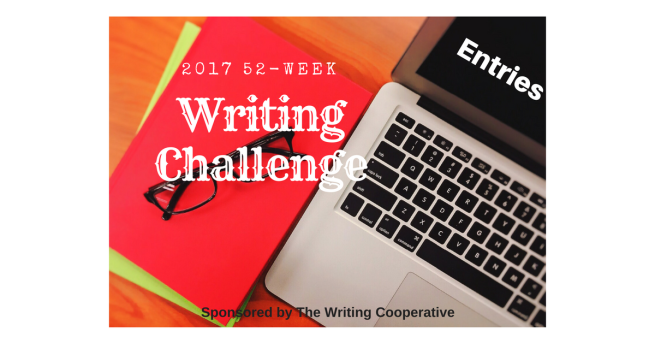 When the Writing Cooperative announced their 52 Week Writing Challenge in January 2017, I thought long and hard about entering. I wasn’t fond of writing challenges and had problems sticking with some which were only ten to fourteen days.

I threw caution to the wind and signed up and figured any amount of time in the challenge would be good practice and help me work out a writing regimen I could stick with.

I sailed through the first three months.

I mentally reprimanded myself for fearing something which was too easy for words.

Between my husband’s hospitalization for a serious infection related to his ESRD (End Stage Renal Disease) and me, getting hit with the mother of all Fibromyalgia flare-ups, I was done.

I had two submissions saved in Scrivener and decided after posting them, I was out of…

Carry On: A Story of Resilience, Redemption, and An Unlikely Family

In the spirit of The Blind Side and Friday Night Lightscomes a tender and profoundly moving memoir about an ESPN producer’s unexpected relationship with two disabled wrestlers from inner city Cleveland, and how these bonds—blossoming, ultimately, into a most unorthodox family—would transform their lives.

When award-winning ESPN producer Lisa Fenn returned to her hometown for a story about two wrestlers at one of Cleveland’s toughest public high schools, she had no idea that the trip would change her life. Both young men were disadvantaged students with significant physical disabilities. Dartanyon Crockett was legally blind as a result of Leber’s disease; Leroy Sutton lost both his legs at eleven, when he was run over by a train. Brought together by wrestling, they had developed a brother-like bond as they worked to overcome their disabilities.

After forming a profound connection with Dartanyon and Leroy, Fenn realized she couldn’t just walk away when filming ended; these boys had had to overcome the odds too many times. Instead, Fenn dedicated herself to ensuring their success long after the reporting was finished and the story aired—and an unlikely family of three was formed.

The years ahead would be fraught with complex challenges, but Fenn stayed with the boys every step of the way—teaching them essential life skills, helping them heal old wounds and traumatic pasts, and providing the first steady and consistent support system they’d ever had.

This powerful memoir is one of love, hope, faith, and strength—a story about an unusual family and the courage to carry on, even in the most extraordinary circumstances.

His soft groan caused her to raise her head in alarm. “I’m sorry. Did that hurt?” Alcohol could sting like a son of a gun, but his gaze didn’t reveal pain, but heat. She couldn’t help her eyes widen with shock. That same raging fire she remembered from so long ago burned from his dark brown eyes. All of it aimed right at her.

“Th-there. You’re all set.” Ducking her head, she busied herself with putting away the first aid supplies, hoping he’d leave without saying anything.

So much for hoping.

“We need to talk about—”

“No.” She cut him off, raising her head to glare. “We don’t need to talk. About anything.”

His brow furrowed, gaze darkening. “Yes, I think we do. What happened between us—”

“Is in the past,” she interrupted once again. “Let’s leave it there.” Heaven knew she sure as heck didn’t want to wade through that heartbreak again. “I’m your boss, and you’re my employee. For now, we’re just coworkers.”

His jaw clenched, battered hands curling into fists. Rising from his chair, he leaned down until he was inches from her face. Warm, coffee-scented breath caressed her cheeks, teasing her lips, making her ache to feel his mouth on hers again.

“Fine, you are the boss, but we are more than just coworkers. We have a past, Jamie, and you can’t pretend it never happened. Pretend we never happened.”

Title: Love on the Free Side

Psychologist Jamie Thompson comes home to Peak Town, Colorado to follow her dream of opening an equine therapy ranch. She’s stayed away for years because of the boy who broke her heart. But he’s long gone. Or so she thought.

Chef Tony Ortiz has come a long way. With two successful New York restaurants, he should be on top of the world. But something is missing. When he gets called back to Peak Town to help his uncle, he wonders if the small town and its charming people are what his life has been lacking.

Trouble hounds Jamie’s new business, including her chef up and quitting. Lucky for her there’s a renowned chef in town offering his services. But working with her ex provides a whole new set of problems…especially when an unknown threat becomes apparent.

Can Jamie and Tony free themselves from the past and give love a second chance…or will it be taken away forever?

Since 2016 Mariah has published five books and doesn’t plan on stopping any time soon. Whether she’s writing hometown heroes or sexy supernaturals, Mariah loves to lose herself in a world of words. Her favorite thing about writing is when she can make someone’s day a little brighter with one of her books.

Win a $10 Amazon gift card during the release.

I hear something plop to the floor and a cry of, “Oops!” from a woman beside me. I glance over to see what she dropped and immediately wish I hadn’t.

Something ball-shaped rolls underneath the table towards me, stopping when it hits the side of my foot. I nearly retch at the sight of black, beady eyes staring up at me.

Feeling sick to my stomach, I back away from the decapitated head as it watches me, a silent warning of what my fate will be if I get caught. I only take a few steps when a sharp pain shoots up my wing. Stifling a shriek, I look down to see a man’s boot clamping the appendage to the ground. I try to yank myself free but the weight is too much and the pain is excruciating. Eventually, the man lifts his foot and I go flying backwards, colliding into the man opposite. The force of the impact makes him drop his fork. It lands with a reverberating clatter on the stone floor. I look around to see where it landed. The hesitation costs me.

I don’t see the hand until it’s too late. The blind fingers grope around but, instead of landing on the fork, they find my tail feathers. I squeal as whoever the fingers belong to yanks the feathers hard, tearing a couple of them free from my skin. I ram into one of the table legs, making the whole section of the table lurch forward.

A startled clamour takes over the room and faces start to appear under the table, curious as to what caused such a racket. Another hand stretches towards me in an attempt to grab me. Without thinking, I bite down on one of the podgy fingers before it comes anywhere near touching me. A female voice yelps.

“There’s a beast under the table!” I hear her scream. I take that as my cue to start running. This time, I don’t take much care in dodging the many feet threatening to trip me up. Instead, I sprint down the length of the table, paying no attention to what I hit in the process.

Only one thought is on my mind, and that is that I have to get out of here. What I’ll do then, I’m not entirely sure. I’ll have to worry about that when the time comes.

The light and the dark were never meant to be separated.

When her bargain with a malevolent wizard goes terribly wrong, Marion DuVal finds herself trapped between two forms: a beautiful but darker parallel of herself, and a swan. Somehow, she must adhere to the wizard’s wishes, but it’s hard to perform epic magic when your feet are flippers and your neck’s the length of a small fishing pole. Caught up in a lie of royal proportions, her task is to get close to the queen, and such a thing is difficult when a certain handsome prince keeps getting in the way.

One girl; two identities. Marion must stop the darkness inside her before it’s too late.

Based on the classic tale of Swan Lake. 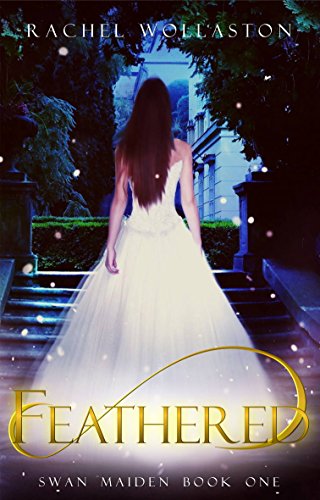 Born and bred in Gloucestershire, UK, Rachel Wollaston is a huge lover of all things fantasy. From an early age, her dream was to 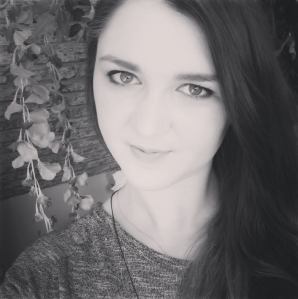 be a fairy, but the pay was no good, so she decided to become a writer instead. A Creative Writing student, Rachel is the author of young-adult fantasy and loves to build worlds that she wishes she could be a part of.

Besides writing, Rachel also enjoys a range of other artistic hobbies, including dancing, drawing, and an unhealthy amount of arts and crafts. You will almost always find her with a cup of tea and a cat watching old ‘70s comedies. 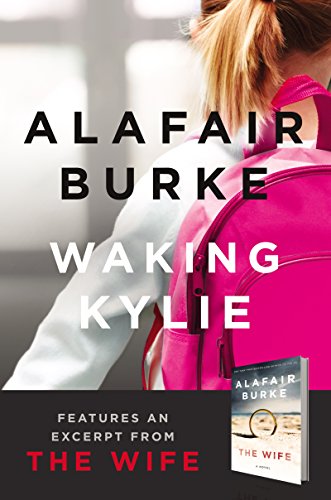 From the New York Times bestselling author of The Ex comes a new e-short featuring an excerpt from her forthcoming novel, The Wife.

After losing a criminal case, a prosecutor asks herself how far she’s willing to go to protect the young girl whose future hangs in the balance . . .