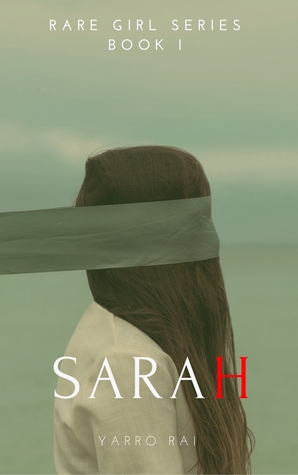 Hope is how this book can be defined.

The story of a naive Sarah growing up in a post-Taliban era in Afghanistan. Her exposure to the only television in the village through her best friend Shakip opens the window to the endless imagination and hard impression of western women riding bikes and kicking asses.

Obsessed by the kick-ass heroine, she grows up dreaming of joining Hollywood and conquering it with her wits. However, there is a war going on, and the rebel inside her pushes her to join the commander pigeon squad the only women warlord in the country to fight against the lurking Taliban. The very decision of her bravery contains her in her own paradox.

One side there is a big dream of going Hollywood and being an inspiration the other is to stay in her godforsaken place. To fight the good fight and die unknown. She was always supposed to be the hero of her journey, but she can choose only one to be a hero in reel life or in real life.

Born in India, bred in a village with mixed race and color. He has first-hand experience of raw India and the struggle of a lower-middle-class. His struggle didn’t end there, growing up with a spark of imagination was hard. where society still favors the traditional job seeking process and being an artist is a taboo.

The outpouring of his rage through his dark poetries lead to the Dark Poetry series starting in 2013 with lyrical quotes of my life. This book is no longer available because it was too dark and suicidal. However, the second book DARK ROMEO followed by the recent one PHILOPHBIA (The hip version) has kept the series alive.

His fictional journey started when he published his own version of Romeo and Juliet NEVER MEANT TO BE and garnered top reviews on all platform. It was not until late 2015 when he really found his voice and knew what exactly inspired him.

The RARE GIRL SERIES is the reflection of that voice. Every book in the series will be about a Girl/women with rare quality. No unnecessary sexualized female character, no carrying on the image of main-stream media, but real ground reality story of women in all the corners of the world with a pinch of imagination on it. The first book of the series SARAH was published in October 2017 with the second book due in 2018.

Rai is also the creator of http://allforauthors.com/ a website for struggling authors. The website contains writing contracts, free critiques and financial aids for upcoming authors.

There is only one weird thing about him–he likes to act out his character to record the reaction from his friend and strangers. So, if someday you meet him for a book signing and he is acting weird just know that he is expecting a weird reaction from you. He is not insane.