As many of you know, I’ve just finished the draft of my latest novel (insert shameless plug for new novel here). Now that the manuscript is off to the editor, it should be time to send the ARC to beta readers. Notice me rushing off to do that? No? That’s because I no longer use beta readers. Oh, the shame! Who the hell do I think I am not using beta readers?!?

I could go into a long background story of all the mistakes I’ve made with beta readers and even the heartbreaking story of losing a good friend over it all, but I’m just going to get to the heart of the matter. 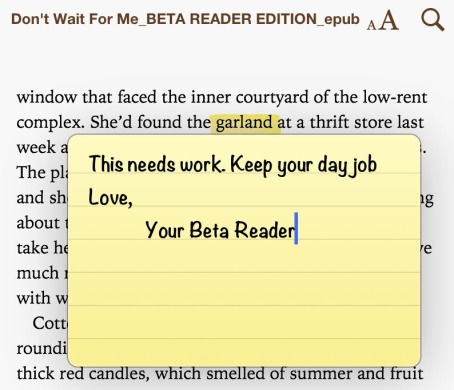 Reasons I don’t use Beta Readers:

Timing. In order to plan my book marketing properly, there is a two-month gap between the time I finish the novel and it goes to the editor…

Sisters Skylar and Jo Beth adore skiing and they virtually share the same soul. After an accident, Jo Beth flees to Brazil, leaving Skylar behind in Colorado to obsessively read the Brontë sisters. While abroad, Jo Beth meets Mitch and her life takes some unexpected turns, until tragedy leads free-spirited Mitch right into Skylar’s empty arms. With their Heathcliff/Catherine romance in full swing, Skylar wants to trust Mitch, but did he harm her sister? Loving Mitch could make Skylar lose everything. Just Like the Brontë Sisters is an unconventional romantic page-turner inspired by Daphne du Maurier’s My Cousin Rachel, full of magical realism, literary references, a ghost, and some healthy doses of suspense.

Laurel Osterkamp is a Kindle Scout/award-winning author of women’s fiction and suspense. Her “day job” is as at Columbia Heights High School, where she teaches creative writing, college writing, and AP Lit. She resides in Minneapolis with her husband, two chatty children, an overweight cat, a gecko, and a hissing cockroach (don’t ask). Her other loves include chocolate, jogging, and boots.

She was Hollywood’s golden child.

But ever since Sophia Jennings’ best friend left her without so much as an explanation, life has spiraled out of control. With her career in tatters and having barely survived ninety days of sobriety, the last thing Sophia wants is to have old wounds ripped open.

He was her protector.

But ever since he walked away, Blake Henderson has lived an empty existence. It only takes one glance at Sophia for five years distance to melt away. Only she’s not the same girl anymore and he quickly realizes his return to Hollywood was his biggest mistake yet.

With a new threat looming, and Sophia lost in an existence she never wanted to live, can Blake save the vivacious young woman who once had the world at her feet? Or will the two of them lead each other on a dark path of self-destruction as they discover just how far obsession goes and what the true cost of possession is?

At first, he went crazy with it and bought candy, video games, and whatever he felt like. When Hank asked him how he was going to buy a car when he turned sixteen since he kept spending all his money, Sim went on a spending freeze. Apart from an occasional personal reward, he saved every coin. Now, he had enough money to buy the car he wanted, though it took him a whole year beyond his sixteenth birthday to do so.

Closing his eyes, he pictured the car in his head. He was visualizing opening the car door when a scream from up the stairs shattered the vision. Panicked, he rushed upstairs. Never in his entire life had he heard someone scream like that. It held so much pain he couldn’t imagine what it must feel like. Mounting the top of the stairs, he peered down the hall towards Hank’s room. It had to be Hank. There wasn’t anyone else here, but the scream was so… inhuman. He wasn’t sure it had been Hank.

Taking measured steps, he moved down the hall to the door to his dad’s room. It was open a crack, as it always was, and Sim paused outside to listen. Someone breathed roughly — like each breath being forced out of a tight chest, huffing and blowing. It was louder than it should have been and once again, heart pounding, he thought of his dad. Reaching for the handle so he could throw it open, the door was ripped from its hinges, like it was made of cardboard and not the solid oak it was and tossed away into the room to crash further into the room with a loud crash! Something he had never seen before came through, it’s bulk blocking the doorway like the moon blocks the sun in an eclipse.

It appeared bearish like they do when they rear up on their hind legs, but something was different. Its shoulders were located differently as if the front legs were more like arms. To further this appearance, where the paws should be, there were elongated, beefy fingers, ending in wicked looking dagger-like claws. Its back legs appeared more capable of allowing the beast to use only its hind legs to walk. Examining its legs, he noticed something more shocking. Shredded strands of blue and white cloth dangled down from the creature’s waist, like streamers, hung from a blue waistband stretched to its limit. Sim recognized it because it belonged to his father. It was his favorite sweatpants he frequently wore to sleep in. Noticing all this in seconds, the creature’s right claw smashed into him. Slamming into the wall, it was the last thing he remembered.

Standing deep within the alley was some sort of humanoid — it stood at least twice her height, somewhere over three meters tall, and broad of frame. Its body seemed to shift from green to black but was made of large scales from head to toe. Its legs were lighter color on the inside as was the abdomen, chest and under its neck. Its neck swept out into a long snout filled with teeth, gleaming as the flash’s light struck them. Red colored eyes sat on either side of its head.

She had no problem realizing this was the creature everyone thought was the killer croc because that was what it was like; a crocodile, standing on two legs. Another reason she figured this was the killer which had Sydney in a panic was the fact it was in the process of eating its latest victim. Its powerful arms held two halves of a body whose midsection was all but missing. Realizing now what those sounds she had heard were, she resisted the urge to puke. Blood, gore, and ichor dripped from the gaping mouth of the creature as it froze from chewing. The flashes of light momentarily blinding it.

Sylvia realized her predicament and stopped shooting pictures. The alley went dark. Light circles swam across her vision as the sudden darkness left her temporarily blinded. Sylvia froze for a moment, not sure if what she had seen was real. She took several steps back from the alley’s mouth.

It emerged from the darkness in front of her. As if from nothingness, the snout appeared first, followed by its massive body, like a demon stepping from a portal from hell. Its eyes locked on her and she could only watch in fascination as its inner eyelids closed over the eyes, retreating under the outer eyelids. It was then Sylvia knew she was going to die. Hopefully, the pictures in her camera would show the world what was hiding in the city. This monster was like nothing she had ever seen before or heard of.

Like a slow-motion action scene from a movie, she watched as the creature’s right hand reached backward, before slowly coming forward in a terrible arc towards her head. As the arm slashed in front of her she heard, detachedly, four hollow booms, and she caught flashes from her peripheral. The creature about to end her life rocked back as bullets ripped into its flesh. Sylvia saw two bullets bury themselves into its chest, one in the arm and the other in the abdomen.

Blood sprayed her, warm droplets of red rain, as the creature whipped around. Sylvia felt terrible pain. Flipping over, her head struck the pavement as its tail whipped around, catching her legs and knocking them out from underneath her. Head throbbing in pain, she watched from the pavement. The thing escaped with lightning speed down the alleyway. More shots were fired as one cop ran to the entrance of the alley firing into the dark alley in hopes of striking the beast. The other cop knelt in front of her. Holding on to consciousness long enough, she heard the cop call for an ambulance.

The world is awakening.

The monsters of myths and fairytales walk among us.
While Clint, Shae, Kat, and Blain awaken to their powers, the others have too. Realizing that they are not like everyone else and that they aren’t alone.
Samuel, who was once known as Syndor, has managed to survive all these years preparing for Kestrel’s spell and her arrival.

Five of the original eight bloodlines have awoken, but what of the others? How will their awakening happen?

Sylvanis continues to grow at a rapid rate, much to the bafflement of her parents, but her body recognizes the need and responds. Now, she must make a desperate gamble to call out to her Lycans, knowing Kestrel will be able to find her if she does.

Blood has been spilled already, but the war has only just begun!

The Awakening, Part One (Book One of the Lycan War Saga)

Michael Timmins lives in Toledo, Ohio with his wife and two sons. His inspiration for writing came from his many years making modules to run for his D&D group. It has been a dream of his to one day get his work published, and now with the ease of self-publishing, he has made his dream come true. 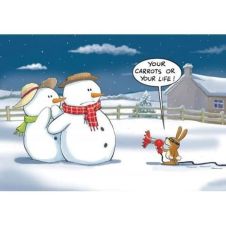 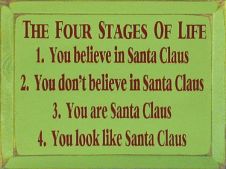 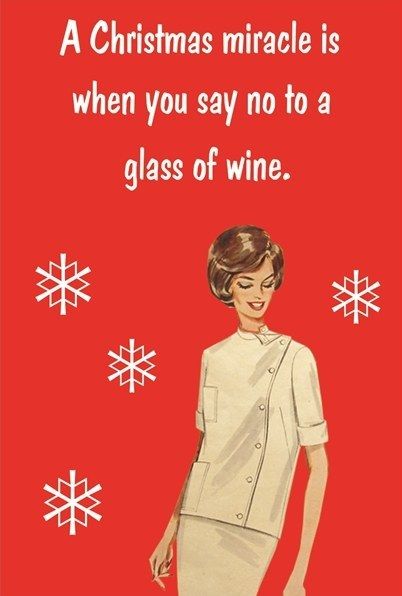 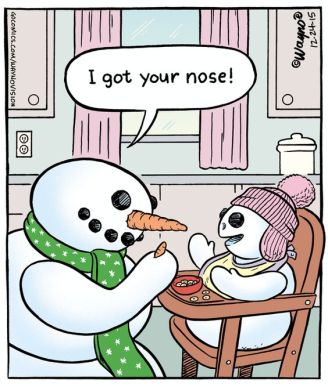 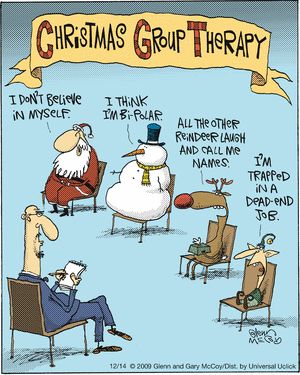 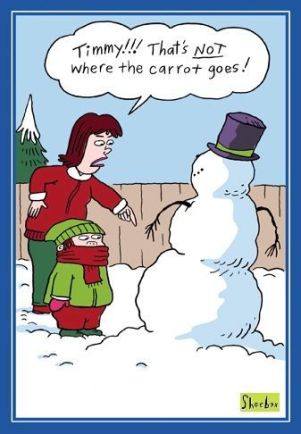