If one sticks too rigidly to one’s principles, one would hardly see anybody.
— Agatha Christie

Not a shred of evidence exists in favor of the idea that life is serious.
— Brendan Gill

An opinion should be the result of thought, not a substitute for it.
— Jef Mallett

But what is the difference between literature and journalism?
…Journalism is unreadable and literature is not read. That is all.
— Oscar Wilde, The Critic as Artist, 1891

Sometimes people carry to such perfection the mask they have assumed that in due course they actually become the person they seem.
— W. Somerset Maugham, The Moon and Sixpence

There is a tragic flaw in our precious Constitution, and I don’t know what can be done to fix it. This is it: Only nut cases want to be president.
— Kurt Vonnegut

I was walking down the street wearing glasses when the prescription ran out.
— Steven Wright

I hate life, I hate death and everything in between just doesn’t interest me.
— Chris Rapier

During a computer expo (COMDEX), Bill Gates reportedly compared the computer industry with the auto industry and stated: “If GM had kept up with technology like the computer industry has, we would all be driving twenty-five dollar cars that got 1000 MI/gal.”
General Motors addressed this comment by releasing the statement: “Yes, but would you want your car to crash twice a day?”

Not only that but….

-Every time they repainted the lines on the road you would have to buy a new car.
-Occasionally your car would die on the freeway for no reason, and you would just accept this, restart and drive on.
-Occasionally, executing a maneuver would cause your car to stop and fail and you would have to re-install the engine. For some strange reason, you would accept this too. -You could only have one person in the car at a time unless you bought “Car95” or “CarNT”. But, then you would have to buy more seats.
-Macintosh would make a car that was powered by the sun, was reliable, five times as fast, twice as easy to drive, but would only run on five percent of the roads.
-The Macintosh car owners would get expensive Microsoft upgrades to their cars, which would make their cars run much slower.
-The oil, gas and alternator warning lights would be replaced by a single “general car default” warning light.
-New seats would force everyone to have the same size butt.
-The airbag system would say “are you sure?” before going off.
If you were involved in a crash, you would have no idea what happened.

I had laryngitis and finally decided to go to the doctor. After the nurse called me, she asked my age. “Forty-nine,” I whispered.
“Don’t worry,” she whispered back. “I won’t tell anyone.”

The lawyer I work for specializes in divorce cases, so I was a little surprised to get a call from a prisoner serving life for murdering his wife. My boss was surprised too.
“What does he need me for?” he asked. “He appears to have solved all his marital problems by himself.”

While filling up at a gas station, I accidentally spilled gasoline on my shirt. When I went inside to pay, I noticed a woman crinkling her nose. Embarrassed, I tried to put her mind at ease. “If you smell gas,” I said, “it’s me.”

My son, Brian, was a theater major at Shenandoah University in Winchester, Virginia. He got a part in a local production and the director was telling the cast they would be doing a holiday musical called Yes, Virginia, There Is a Santa Claus. “Are you familiar with it?” he asked the cast members.”Not really,” Brian answered, completely serious. “I’m from New Jersey.” 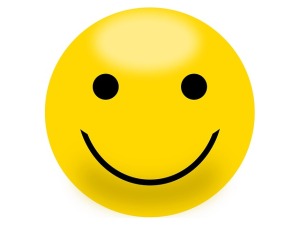