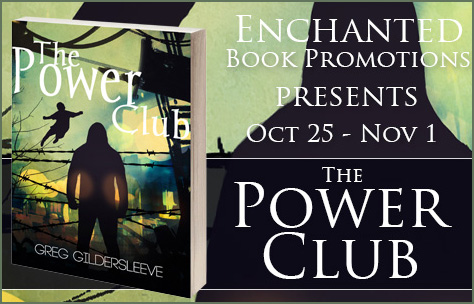 Damon creates darkness. Since he possesses a power, he must live in “the district” along with other powered teens. It’s a comfy living: a strip mall, two schools, and his non-powered family lives with him. However, powered teens must abide by certain rules. When Damon tries to retrieve his stolen bike, he learns the police will arrest any kid who uses a power in public unless the kid belongs to a special club.

When one such club forms in his neighborhood, he tries out . . . and is rejected. Darkness just can’t compete with teleportation, super-speed and growing to giant-size. So Damon works hard to develop his power and learns he can do things he never dreamed of, such as create multiple layers of darkness.

When he singlehandedly drives off three powered bullies, he discovers the limitations of his power. He also earns membership in the Power Club. But joining the club is just the beginning. After the club spontaneously stops a riot of “ords” (ordinary people who fear powered teens) at the strip mall, Damon expects to be hailed as a hero. Instead, he and the others receive strict warnings from the government not to put themselves and others in danger. But a kid in Damon’s class, Calvin, has it in for Damon. Calvin can open rifts, which send people into other dimensions–sometimes permanently. When Calvin sends Damon to a sweltering world with orange sand and two suns, it is up to the Power Club to bring him back.

Damon must trust his new friends in the Power Club to bring him back.” 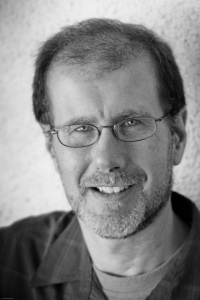 Greg Gildersleeve grew up in the northwestern corner of Missouri, where comic books and science fiction caught his eye at a young age. In addition to writing, Greg teaches English Composition, Technical Writing, and American Literature at an online university, and won the 2013 Publication Award at Johnson County Community College, Overland Park, KS. He earned a bachelor’s degree in English from Missouri Western State University and a master’s in English from the University of Missouri-Kansas City. His work has appeared in Show & Tell, Teenagers from the Future, The Teaching Professor, Faculty Focus, and the Grantham Blog. He lives in the KC area, where he hangs around too many coffee shops, listens to classic and modern rock, and daydreams a lot.