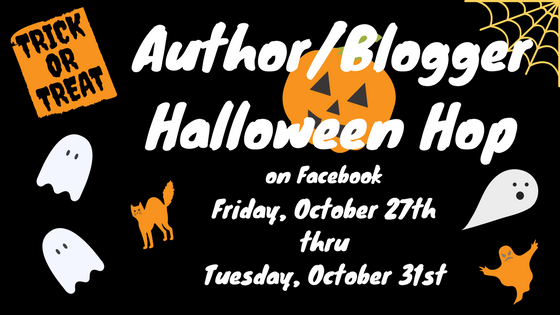 – Adding the direct link to your Facebook AUTHOR page (NO groups, please!)

– Adding the type of prizes in your giveaway.

On Monday, October 23rd (or sooner) you will be sent the complete list of participating authors/bloggers. When you create your Facebook post, YOU MUST INCLUDE THE NAME AND PAGE URL OF THE NEXT PERSON ON THE LIST (after you) for this to work. If the hop is broken and readers cannot advance to the next page, they will give up. Take advantage of Facebook’s option to pre-schedule your post. With respect to time zones, your post should go active at 12 midnight EST Friday, October 27th!

– Add the giveaway of your choice to your posts such as signed books, ebooks, gift cards and swag.

– Add the requirements of the giveaway (like, follow on a social network, subscribe to a newsletter, etc.), plus info about you, your books or featured book, etc).

Cara has an admitted problem with hot men, falling so deeply and so quickly under their spell that she loses a little bit of herself with each toxic relationship that always seems to end badly. Every man in her young life thus far has let her down – her high school sweetheart, a college fling, and most of all her self-centered playboy father. She’s determined not to be a sucker for a handsome face and a hard body any longer, and has stuck to her guns for more than two years. And then she meets Dante.

Dante knows he has no business messing with cute little Cara. For one thing she works for his best friend, and more importantly she’s all kinds of wrong for him – too young, too innocent, too kindhearted. And given the mood he’s in these days – after the woman he was ready to propose to chose her career over him – a sweetheart like Cara should be running as fast as she can in the opposite direction.

But the only place Cara wants to run is right into Dante’s arms and stay a good long while. Will he wind up being the one for her – or is she destined yet again for another heartbreak?

She stared at him, completely at a loss for words, and unable to believe what she’d just heard. “Huh? Are you – I mean, you’re actually asking me to – to go out with you? And, no, I don’t have a boyfriend or anyone I’m seeing, but I thought you did. I mean,” she corrected herself hastily, miserably aware that she was babbling like a moron by this point, “not that you had a boyfriend, but a girlfriend. Of course you don’t have a boyfriend, why would you, because you’re about the least likely person I could think of who – ”

Dante placed his index finger over her lips, giving a quick shake of his head. “It’s okay,” he assured her, the corners of his mouth lifting up into a smile. “I know what you meant. And to answer your question – at least, I think there was a question in there somewhere – I’m not currently seeing anyone either. I, ah, was in a relationship for a long time but that ended a couple of months ago.”

“Oh. I’m sorry. I hope I didn’t, um, touch on a sore spot,” she apologized awkwardly.

“It’s okay,” replied Dante gently. “I had a rough time of it for awhile, but I’m happy to say that things are finally starting to look up for me. And I’d be even happier if your answer to my invitation is yes.”

Cara beamed up at him, nodding enthusiastically. “It is definitely a yes! I’d love to have dinner with you tomorrow.”

He glanced around anxiously, as though to make sure no one had overheard their conversation. “That’s great news, Cara. Though you should probably keep it to yourself, hmm? I don’t know what the company policy is about employees socializing with clients, but no sense in rocking the boat, is there?”

Dante looked relieved, then extracted a business card from the inside pocket of his suit jacket before picking up a pen from the holder on her desk. “Why don’t you meet me in the lobby of my office building?” he suggested, scribbling something on the back side of the little card. “That way we don’t risk running into anyone here. If you don’t mind, that is.”

“I don’t mind at all,” Cara answered with enthusiasm. “What time should I meet you?”

She shook her head. “Your office is less than three blocks away, and it’s not supposed to be raining or anything tomorrow. Besides, I can use the exercise.”

He gave her one of those sexy, flirty little winks that he was wont to do whenever he stopped by the office. “I wouldn’t say that,” he replied, his dark eyes giving her a brief but all-too-assessing onceover. “You look very healthy to me, very fit.”

Cara grimaced. “That’s because I’m usually sitting down when you see me, and you can’t tell how big my ass is from where you’re standing.”

Dante gave a shout of laughter, causing Deepak to glance over in their direction, frowning at having had his concentration disrupted. Grinning wickedly, Dante lowered his voice.

“You’re very outspoken, aren’t you?” he asked in amusement. “I like that. And I have a feeling this is going to be a very interesting dinner. Now, I’ve got to run, but I wrote my personal cell number on the back of that card. Give me a call when you’re on your way tomorrow, so I can be waiting for you in the lobby.”

“Okay.” She picked up the business card and tucked it into her purse for safekeeping. “I’ll be looking forward to it.”

“Me, too.” Dante gave the Minnie Mouse balloon another flick. “And Happy Birthday, Cara. Though consider tomorrow night the real celebration.”

Janet is a lifelong resident of the San Francisco Bay Area, and currently resides on the northern California coast with her husband Steve and Golden Retriever Max. She worked for more than two decades in the financial services industry before turning her focus to producing running events. She is a former long-distance runner, current avid yoga practitioner, is addicted to Pinterest, likes to travel and read. She has been writing for more than three decades but Serendipity was her first official release in December 2013. There are a total of six full-length books planned in the Inevitable series, along with the upcoming “spin-off” Splendor trilogy. 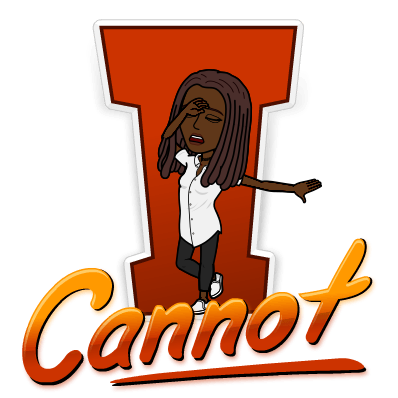 It’s easy to say, “Don’t stress” but if we don’t understand how to put this to practice in our everyday life, this is a command that is not so easy to obey. That’s why I’ve been exercising practical ways not to stress so much (because there’s no such thing as not stressing…stressing is natural…we just overdo it).

Sometimes we don’t know we are stressing. This is not good because what you don’t recognize, you can’t change. No worries though, I got you covered.

Here are 5 Clues you’re stressing out:

One clue that you are stressed about something is if you can’t stop thinking about it. When you are going over a situation in your head repeatedly. You micromanage every possible scenario on how something can go wrong. You give it so much energy that you even have mental conversations with yourself on what could…