For #ThrowbackThursday I’m sharing some of my favorite past reads WITH review! 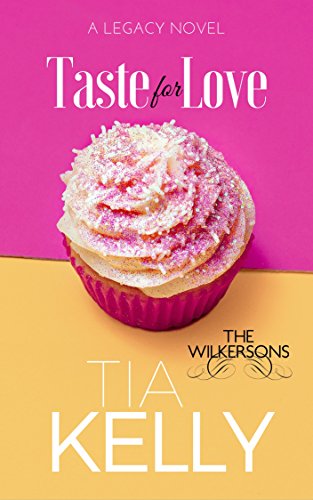 “Taste for Love (The Wilkersons Book 3)”

Rochelle “Shelly” Gauthier is no stranger to loss. Hurricane Katrina taught her that in the blink of an eye, you can lose everything and everyone who matters most to you. So being cast out of the Wilkerson clan for betraying her cousin Kenneth, his fiancée Paige and their best friend Carlos only resulted in her being exactly how she always knew she would wind up anyway: alone.

Carlos Ortiz, on the other hand, is alone by choice. Or so he tells himself. When Shelly makes an unexpected request for help from the Wilkersons, Carlos recalls a time when fate put him in a position where he had no choice but to accept Shelly’s assistance.

Now he must decide whether what he feels for her is a sense of obligation, or something else.

I read TFL in one evening. After I finished, I immediately went back and re-read the last 40 pages. Then I just sat there – it wasn’t at all what I expected. It was BETTER.

Rochelle Gauthier messed up bad. Her dealings with Trent and leaks to the media have landed her outside of the Wilkerson family…and totally alone. Damaged, but determined, Shelly regroups and focuses on her lifelong dream. She reaches out to Lourdes for help with capital for her new cafe. Lourdes, in turn, approaches her sons with the request that they vehemently refuse. However, having seen a different side of Shelly during a tense situation involving Melody, Carlos relents and agrees to be the point-man for the group and oversee the venture.

It is the beginning of everything.

The beauty of the story is watching the relationship between Shelly and Carlos form, change and grow. They each have to confront the demons of the past and make peace with it, and while it’s not easy, they accomplish it in their own way, but they’re never far away from each other when they do.

Carlos, Carlos, Carlos. Seeing him lose it when Melody got hurt was surprising…but nice. The vulnerability was a great touch. And it’s impossible to miss the fact that he noticed how in control Shelly was. He’d always known she was tough. Watching him go from tolerance to acceptance, to love…WHEW! *Fanning* I like my Alphas strong and commanding, but not every woman wants (or needs) to be clubbed over the head and dragged by the hair into the cave. She just might be the one with the club. Love worked him over and he never saw it coming. And OH-EM-GEE – he cut his hair! I remember when my husband cut his hair – I was like, “HA! HA! Gotcha now!”

Shelly was amazing. Her back story defined her and made it easier to understand her. Life had been so cruel to her, she tried to keep her defenses up to keep from letting anyone in. It brought to mind a line from Angels in the Outfield when George Knox (Danny Glover) tells JP, “You can’t go through life thinking everyone you meet will one day let you down.” She believed that no matter how much anyone professed to care about her, they would walk away. Carlos kept coming back. I don’t even believe they were aware how much they were changing each other…and for each other, but Carlos realized it first.

Loved seeing the Wilkerson’s take the steps to heal old hurts, move forward and just LIVE. Jeremy…whoa! Where did that attitude come from? Melody pulling out the ear devices and turning her back? Priceless! KW and Paige are making progress as a couple, Paige has taken great strides as a woman, and who knew she could be a BFF to Shelly??? Didn’t see that coming!

My one issue with the story? IT ENDED TOO SOON! I WASN’T READY! *sighs*

Reading a Tia Kelly novel isn’t entertainment, it’s an investment of trust. We’re trusting the author to lead us on a journey where we have as much to lose as the book’s protagonists. We’re trusting her to bring us all through…a little worn…a lot weary, but unscathed and whole – pumping our fists in the air screaming, “YES!”