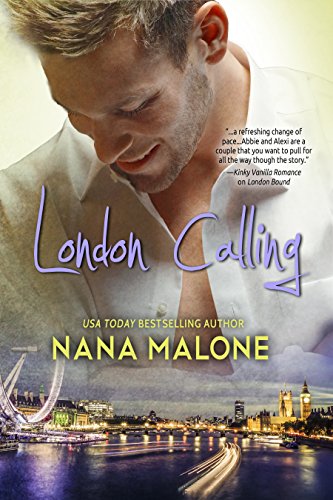 But then, for photographer, Xander Chase, most things came easy…except love. His portraits are renowned for revealing the heart and soul of his subjects, yet, he keeps his own heart hidden behind a playboy facade. All he cares about is revenge, and for that, he needs a stand-in girlfriend for a weekend fling.

Struggling actress, Imani Brooks, has been offered the coveted role of a lifetime…playing the part of an escort in a renowned play. When Xander proposes a weekend of research in Paris, she jumps at the chance. Their pretend relationship is the perfect way to dig into her role. She just has to remember that what they have is only for show. Everything goes as planned until passion erupts and blurs the line between fiction and reality. Can Imani get past the walls Xander’s built around his heart and find the real man hidden behind the camera lens?

USA Today Best Seller, Nana Malone’s love of all things romance and adventure started with a tattered romantic suspense she “borrowed” from her cousin.

It was a sultry summer afternoon in Ghana, and Nana was a precocious thirteen. She’s been in love with kick butt heroines ever since. With her overactive imagination, and channeling her inner Buffy, it was only a matter a time before she started creating her own characters.

While she waits for her chance at a job as a ninja assassin, in the meantime Nana works out her drama, passion, and sass with fictional characters every bit as sassy and kick butt as she thinks she is.

Want to know when the next book is coming? Hit up her Newsletter here. You’ll only get updated when there is a new release or a special promotion for her Sexy, Sassy Readers. http://eepurl.com/2PeXb