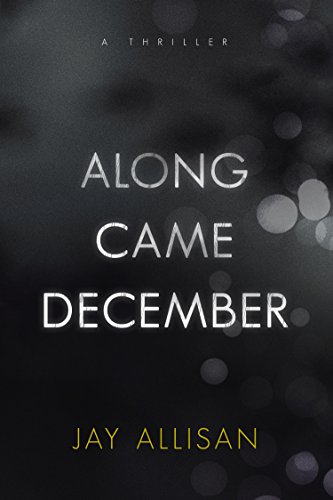 I feel a tight grip around my waist and struggle to get free. Max is right there, right in front of me, but Paddy’s dragging me back. He clamps his hand over my eyes, tells me not to look. I wrench it free and look anyway.

For fans of Gillian Flynn and Karin Slaughter, an emotive thriller unearthing the depths of grief and the dark journey back to redemption.

She watched him die. She won’t watch his killer live.

Eighteen months ago, homicide detective Shirley Mordecai witnessed a bomb tear her husband apart, and her life is still in fragments. Panic attacks threaten her career. Bitterness alienates her friends. And her husband’s killer is about to stand trial, pleading not guilty by reason of insanity.

But vengeance comes at a cost, and Mordecai still has a lot to lose. A series of murders has gripped the city, and Mordecai’s roommate and best friend is a lot closer to the investigation than she’d like. As the trial begins and Mordecai’s grief comes to a head, her obsession with revenge costs her everything she has left—including her best friend’s trust.

Alone, broken, and out of hope, it’s all Mordecai can do not to let the memory of the life she lost pull her under for good. But a knock on the door reminds her there’s another killer out there, and that her best friend’s still in the line of fire. Sucked back into the investigation, Mordecai finds herself caught in a deadly game of cat and mouse with a killer who holds all the cards—and knows exactly how to play them.

In her darkest hour, with time running out and history about to repeat, Mordecai will stop at nothing to save the only family she has left…and maybe then she can finally save herself.

Jay Allisan is a part-time writer and full-time daydreamer. She grew up on a steady diet of superhero comics and still wants to be Batman someday. While she’ll read and write just about anything, psychological thrillers and character-driven stories are right up her alley. Her writing is proudly fuelled by the red Lindor chocolates.

Jay currently lives in southern Alberta, where she works as a swim coach. Visit her online at http://www.jayallisan.com

2 thoughts on ““Along Came December” by Jay Allisan”