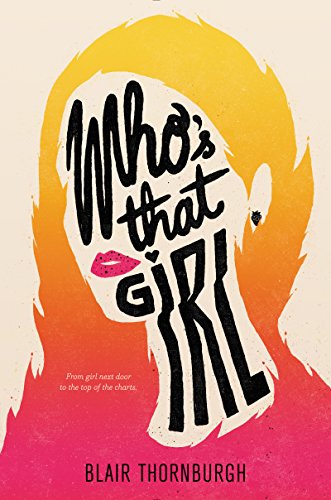 This laugh-out-loud debut is filled with hilarious awkward encounters, a supportive LGBTQ organization, and too many cheesy lyrics to count—all with the compulsive readability of Audrey, Wait! and Boy Meets Boy.

Junior Nattie McCullough has always been that under-the-radar straight girl who hangs out in the cafeteria with her gay-straight alliance friends. She’s never been the girl that gets the guy, let alone the girl that gets a hit song named after her.

But when last summer’s crush, smoking-hot musician Sebastian Delacroix—who has recently hit the mainstream big-time—returns home to play a local show, that’s just what she gets. He and his band, the Young Lungs, have written a chart-topping single—“Natalie”—which instantly makes Nattie second guess everything she thought about their awkward non-kiss at that June pool party. That it was horrific. That it meant nothing. That Sebastian never gave her another thought.

To help keep her mind off of Sebastian and his maybe-about-her, maybe-not-about-her song, Nattie throws herself into planning the school’s LGBTQIA dance. That proves problematic, too, when Nattie begins to develop feelings for her good friend Zach. With the song getting major airplay and her once-normal life starting to resemble the cover of a gossip magazine, Nattie is determined to figure out once and for all if her brief moment with Sebastian was the stuff love songs are made of—or just a one-hit wonder.

Blair Thornburgh writes books for and about teenagers with a sense of humor. Her hobbies include forgetting the lyrics to songs, deep dives into obscure corners of Wikipedia, and snacks. During the day she works as an editor at Quirk Books, a slightly more glamorous job than her previous gigs selling flowers and digging up sweet potatoes. She was inspired to write her debut novel, the YA romantic comedy Who’s That Girl, after, among other things, listening to too much pretentious indie rock, spending a weekend yurt-camping in Quebec, and fighting a killer craving for a pumpkin-chocolate-chip cookie. A former teenager, she now lives in her hometown of Philadelphia.