“Ways of Grace: Stories of Activism, Adversity, and How Sports Can Bring Us Together”

Inspired by Arthur Ashe’s bestselling memoir Days of Grace, a collection of positive, uplifting stories of seemingly small acts of grace from across the sports world that have helped to bridge cultural and racial divides.

Like many people of color, James Blake has experienced the effects of racism firsthand—publicly—first at the U.S. Open, and then in front of his hotel on a busy Manhattan street, where he was tackled and handcuffed by a police officer in a case of “mistaken identity.” Though rage would have been justified, Blake faced both incidents with dignity and aplomb.

In Ways of Grace he reflects on his experiences and explores those of other sports stars and public figures who have not only overcome adversity, but have used them to unite rather than divide, including:

Aisam-Ul-Haq Qureshi, a Pakistani Muslim and Amir Hadad, an Israeli Jew, who despite the conflicts of their countries, paired together in the 2002 Wimbledon men’s doubles draw.

Muhammad Ali, who transcended racism with a magnetic personality and a breathtaking mastery of boxing that was unparalleled.

Nelson Mandela, who spent twenty-seven years in prison for his commitment to social reform, peace, and equality yet never gave up his battle to end apartheid—a struggle that led to his eventual freedom and his nation’s transition to black majority rule.

Groundbreaking tennis legend Arthur Ashe, who was a model of courage, elegance, and poise on the court and off; a gifted player who triumphed in the all-white world of professional tennis, and became one of his generation’s greatest players.

Weaving together these and other poignant and unforgettable stories, Blake reveals how, through seemingly small acts of grace, we can confront hatred, bigotry, and injustice with virtue—and use it to propel ourselves to greater heights.

On the roof of a house outside Truelove, Maine, master carpenter Max Doyle looks down through a skylight and sees the most beautiful woman he’s ever laid eyes on. She’s naked, she’s gorgeous, and everything about her is perfect, down to the ball-busting tattoo of a rose that wraps around her hip. But it isn’t just any woman making his knees buckle. It’s his best friend, Rosie Madden. And as he stands there, mesmerized and precariously close to toppling off the roof, he knows he’ll never, ever be able to look at her the same way again. Rosie can’t help but notice that Max is suddenly acting very strange—lots of long stares, totally tongue-tied, and not at all like the slightly cocky hunk she’s proud to call her best friend. She can’t figure it out, until later that night when Max rescues her from the world’s worst date, challenges her to a game of pool, and shows her just exactly what she’s got him thinking about. Repeatedly. But life is complicated. Rosie’s cat, Julia Caesar, wants to eat Max’s dog Cupcake for an afternoon snack. A dream job threatens to pull them apart. And another glance through the skylight changes everything, one more time. Yet try as they might, they can’t go back to being just friends, because falling in love with the one you’ve always adored? It feels so good.
Coming August 7th
iBooks
Amazon
Nook
Kobo 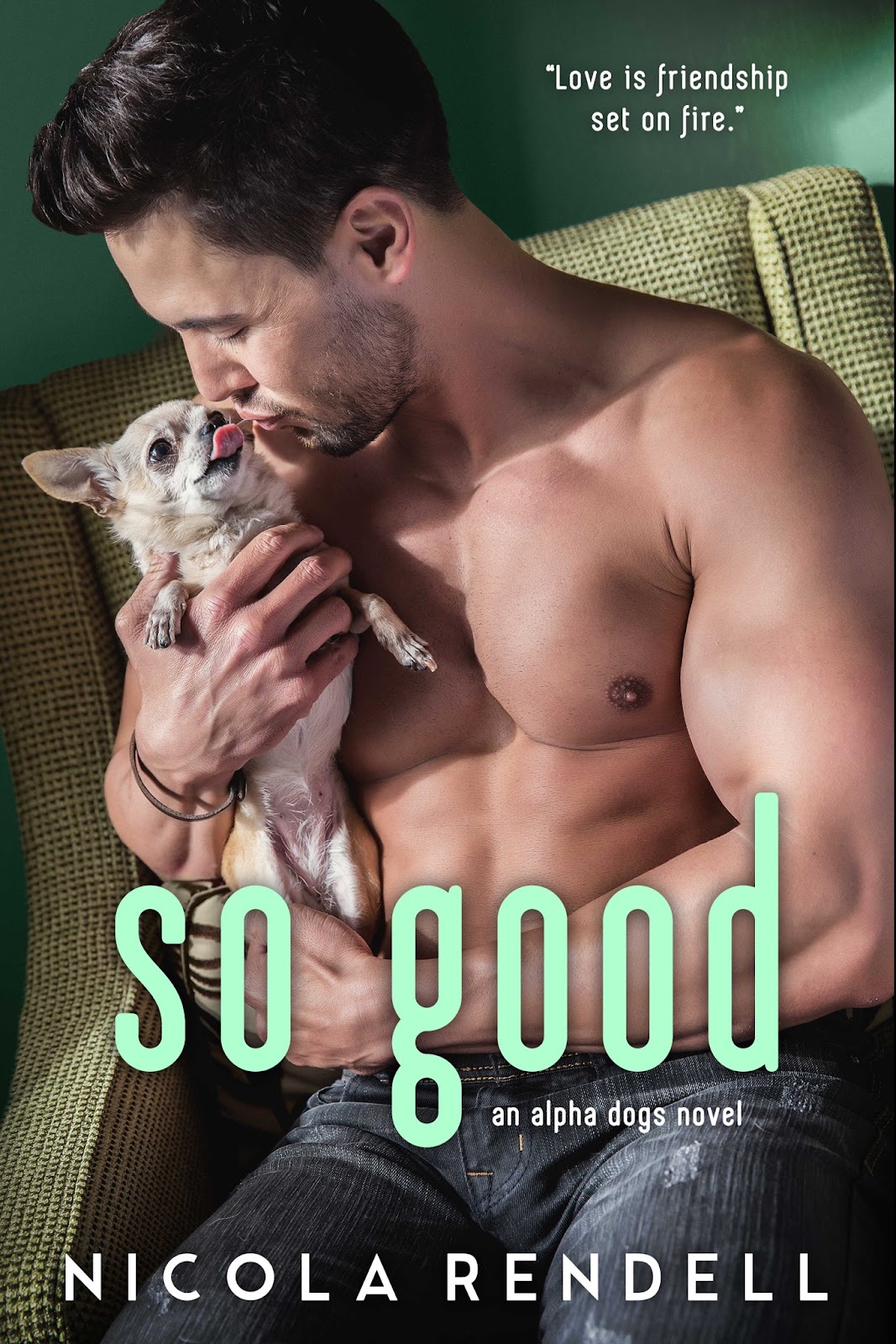 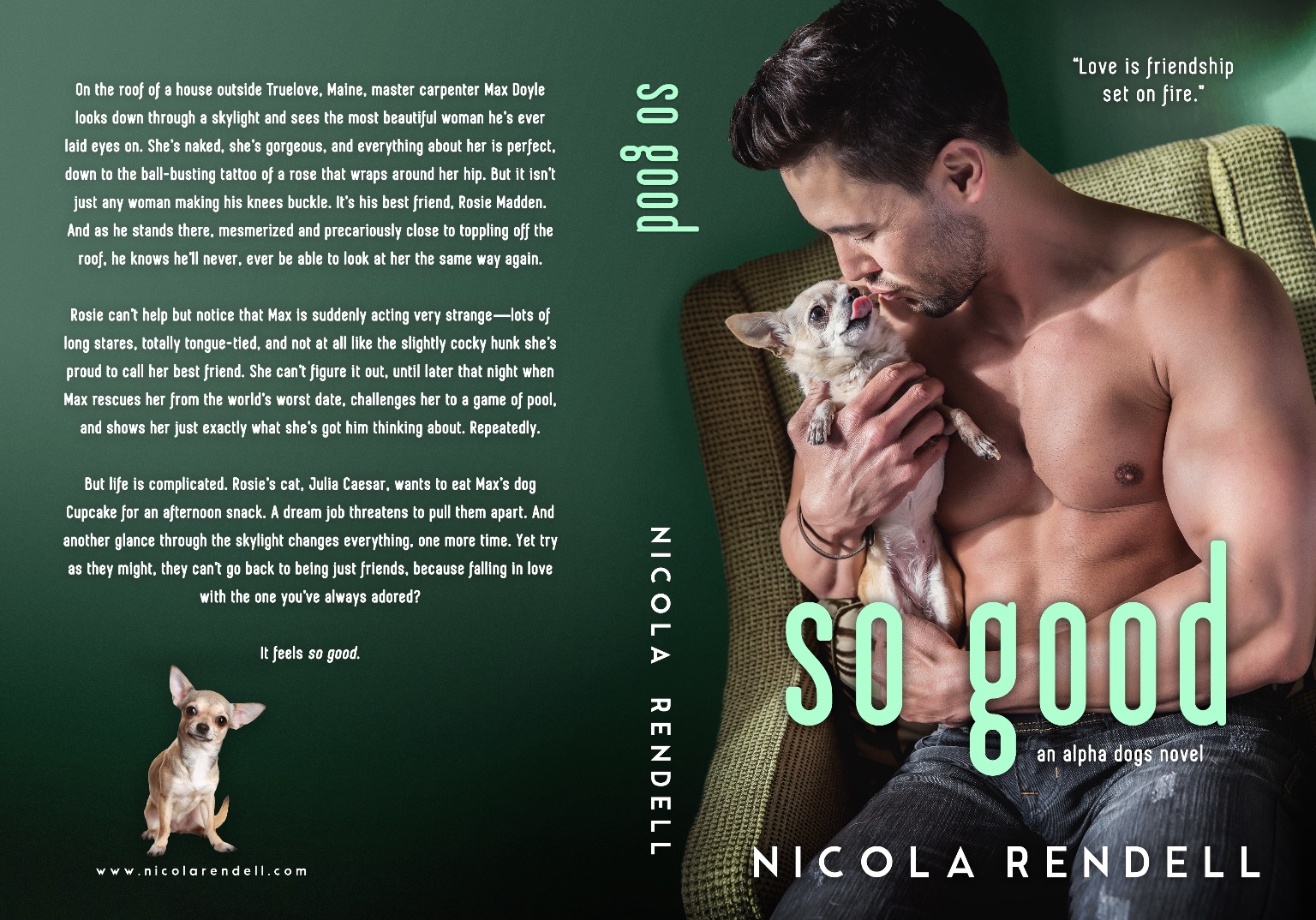 Nicola Rendell writes dirty, funny, erotic romance. She likes a stiff drink and a well-frosted cake. She is at an unnamed Ivy and prefers to remain mostly anonymous for professional reasons. She has a PhD in English and an MFA in Creative Writing from schools that shall not be named here. She loves to cook, sew, and play the piano. She realizes that her hobbies might make her sound like an old lady and she’s totally okay with that. She lives with her husband and her dogs. She is from Taos, New Mexico.
Author Links
Twitter  Facebook  Web  Amazon  Goodreads