Historical Romance Month continues this week on Nesie’s Place with the work of author Maureen Driscoll in the spotlight! Maureen shares her personal insights on books from two of her series, The Kellingtons and The Emersons. Also, THREE random commenters will win ebooks each day this week! Good times!

This is the third book in the Kellington Series and it’s a bit of an odd duck.  The story actually starts in the second book, but you don’t need to have read that one to understand this one.  It’s about Arthur, the third brother in the Kellington family.  It’s a more serious book in that it starts when he was fifteen and rescues a gypsy woman from an assault.  She reads his fortune, telling him that the love of his life will be shot and, having just lost his parents, Arthur decides he cannot have more death in his life.

Having decided not to fall in love, he, of course, does just that several years later.  The heroine is slightly unconventional, a lowly-born woman who works as a spy for the Home Office.  They join forces to recover some priceless artifacts.

This book was the first I’d written to make me cry, though there’s a happy ending.  It’s about love, faith and loss, with a touch of fantasy.  It is very loosely – very loosely – inspired by the legend of King Arthur.

Have you ever had your fortune told?  I must admit I’ve been to a few psychics.  It’s always been scary and cool. 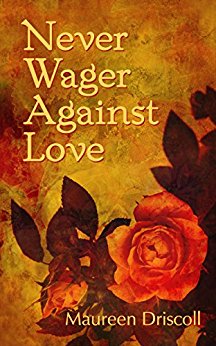 When Arthur Kellington was fifteen, a Romany fortune teller predicted that his true love would be killed. Since then, he’s resolved to never fall in love. He has no trouble keeping his resolution until he meets Vanessa Gans, an agent with the Home Office who is on the trail of two hardened criminals. As he finds himself falling for her, he must keep his distance emotionally as the only way to protect them both.

Despite her illegitimate birth, Vanessa Gans has worked her way up to being one of the Crown’s finest agents. She’s reluctant to accept Arthur’s help initially because she doesn’t want to place him in danger. Then she realizes her heart is truly at risk because there can be no honorable future between them.

NEVER WAGER AGAINST LOVE is a romantic tale of bravery, sacrifice and love. It contains explicit language. The earlier books in the series were NEVER MISS A CHANCE (Book 2) and NEVER A MISTRESS, NO LONGER A MAID (Book 1), which USA TODAY’S HAPPILY EVER AFTER blog called “enjoyable, suspenseful and satisfying.” 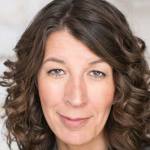 Danielle Fishel calls Maureen Driscoll her “most favorite author of all things naughty and delicious.”

Maureen is a television writer based in Los Angeles whose credits include MADtv, Jimmy Kimmel Live, and Nickelodeon’s BrainSurge.  She was also a former recipient of a Walt Disney Studios screenwriting fellowship, where she wrote a romantic comedy based on her rather painful divorce.  The script didn’t make it to the big screen, but it did teach her a few things about happily ever after.

Before moving to Hollywood, Maureen spent nearly a decade working on Capitol Hill.  Her

novel Dating George Clooney is a political satire inspired by those years.

She has written two Regency Romance series, one centered on the Kellington family and the other on the Emersons.  She is launching a third in 2017 called the Jasmine Cottage series and has also written a time travel romance set in America in the 1920s called The Tycoon Murderer, to be released later this year.  She can be found occasionally on Twitter at @MaureenDriscoll, slightly more frequently on Facebook at Maureen Driscoll Author and almost never on her blog at MaureenDriscollRomance.wordpress.com.

Your info is being forwarded to Maureen, ladies and she’ll contact you soon! 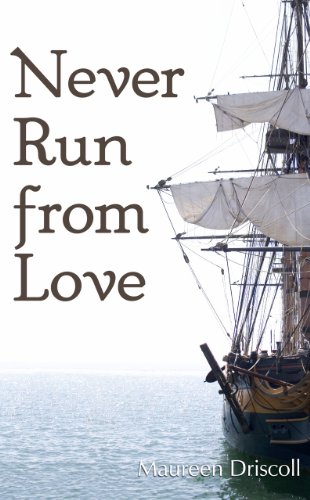 There are more books to give away this week, and post #2 is on the way!

Can’t have Tacos without Cheese! 😀 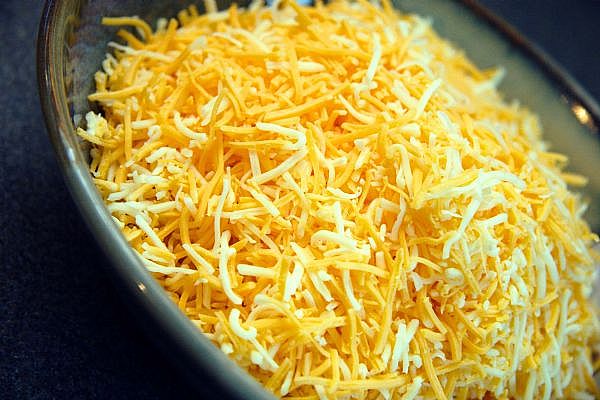 And we’re back for week 4 of building our book tacos. Check out the original post HEREfor what this is all about and how you can join in. Remember, it’s never too late, just leave a pingback in the comments so I can read your post! Now, for the next layer…

Cheese: Share a scene where one of your characters interacts with some kind of camera, photograph or video for any reason. If there are none, then share one of their funniest moments or dialogue pieces.

Pulling his classic beauty into the parking lot of Shades Soirée, Matt eyed the modern building with scrutiny. “Looks high end,” he remarked, as they climbed out. “Not very busy, though.”

He counted a total of five cars on their way to the entrance, which was locked.

“Nightclub only,” Zach tapped the smoky glass to the left of… 12 amazing authors are giving away a $60 Amazon Giftcard! Just follow them on BookBub! That’s it! Hurry and enter now! Giveaway ends 5/31/17
https://www.thearielmarie.com/ bookbub

General Link to the RAFFLECOPTER Giveaway