Christmas Day, the neighborhood children were up and down the street with their new bikes, skateboards…and drones.

Last week, a lady at Albertsons impatiently waited in line at the checkout – anxious to get home and load seventeen apps on her thirteen-year old’s new laptop.

Yesterday, a neighbor joked about her husband’s anger at not being able to upgrade his phone…because she had purchased a new iPhone for their fifteen-year-old.

I won’t speak on the cost and extravagance of gifts for the young ones, or the near-obsession some parents seem to have with providing the “best” for their children…at any age. I won’t even mention the signs of the times and advancements in basic technology.

What I will say is…it’s Throwback Thursday, and let’s look at the Christmas gifts that made us jump and down!

Rock ‘em, Sock ‘em Robots – my brothers all received these at different ages during different Christmases…and they were always pilfered by my sisters and me!

Operation – everyone’s favorite, and one of the few gifts which required batteries.

Easy Bake Oven – With six girls in the family, this one was on repeat A LOT! NOTE: This is one of the first oven models. A generation later, a niece received one…and it looked like a real microwave!

Mood Rings – OMG! How cool were these?!? Except for the year the ring I received stayed black all the time. I thought it was defective. My mom told me I just needed to lighten up. Decades later, I realize I was Goth long before it was a “thing”.

Slinky – If only we had known beforehand, we would have purchased stock! I think fifty would be a conservative guess of the number of Slinkys that passed through our home.

Highway Truck (and various cars, construction equipment, race tracks and train sets) – Again, items that were received by my brothers, but were always being played with by a girl!

Concentration, Trouble, and Battleship – Always played in teams, with different factions and alliances formed by my siblings, i.e. boys vs girls, older vs younger, cool vs uncool. (Yeah, we went there.)

Etch-A-Sketch and Spirograph – YES! These were two of the gifts that could/would be received by more than one child on any given Christmas – and we loved it! There were endless challenges/matches of artistic ability. I once drew da Vinci’s “Mona Lisa” on my Etch-A-Sketch…except it looked more like Weezy from “The Jeffersons.” I didn’t win.

Twister – the ULTIMATE gift, because OUR PARENTS would play with us! Seeing our stiff, six-foot-four father attempting right-foot green and left-hand red, falling, swearing, and calling an end to the game would have us laughing for days…until the next game!

Of course, there was also always, new pajamas, underwear, a new winter coat, books, music, and those wretched matching outfits our mother felt compelled to buy my sister and me. No, we’re not twins.

What stands out the most about the majority of these toys is we had to be ACTIVELY involved. While some could be played alone, the fun was in playing with or competing against another person. (Sibling rivalry can be brutal!) While playing games or with toys, we learned cognitive, motor, and social skills. We learned diplomacy, mediation, and the advantages (and disadvantages) of (sibling) seniority. We learned respect for others and their property. We learned to share. And, we learned our parents held us accountable and to a standard of behavior. All this with Christmas gifts! With nine children in the family, just think about all the birthdays and other gift-giving occasions where these things came into play.

Younger generations may enjoy the benefits of technology with their drones and multi-app devices, but where’s the fun in those? 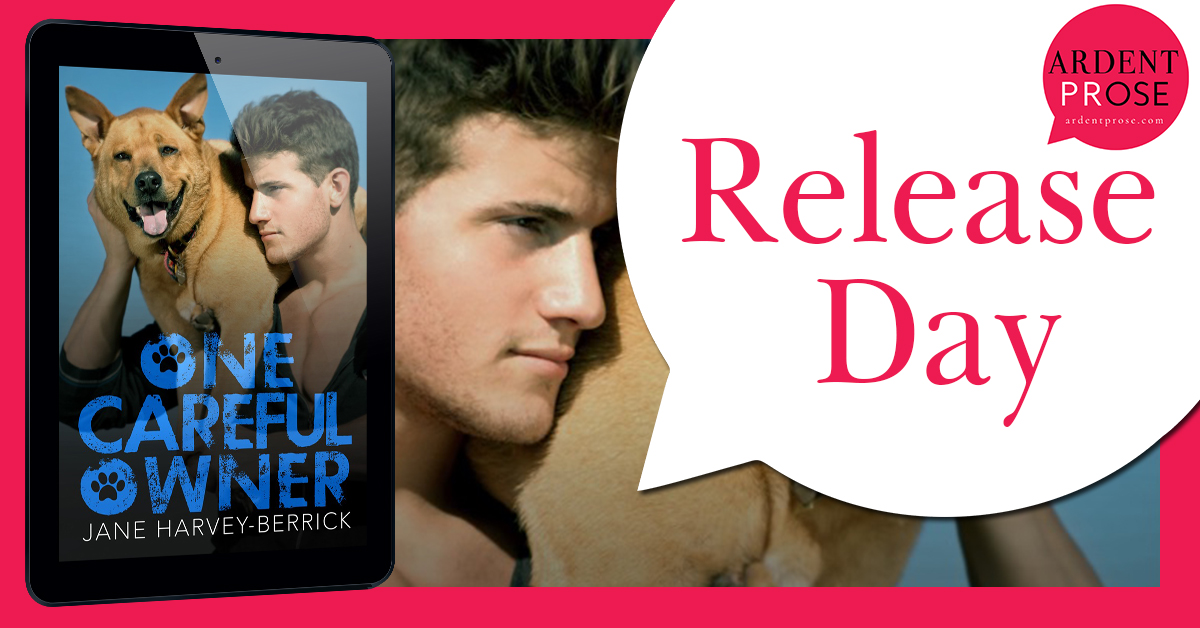 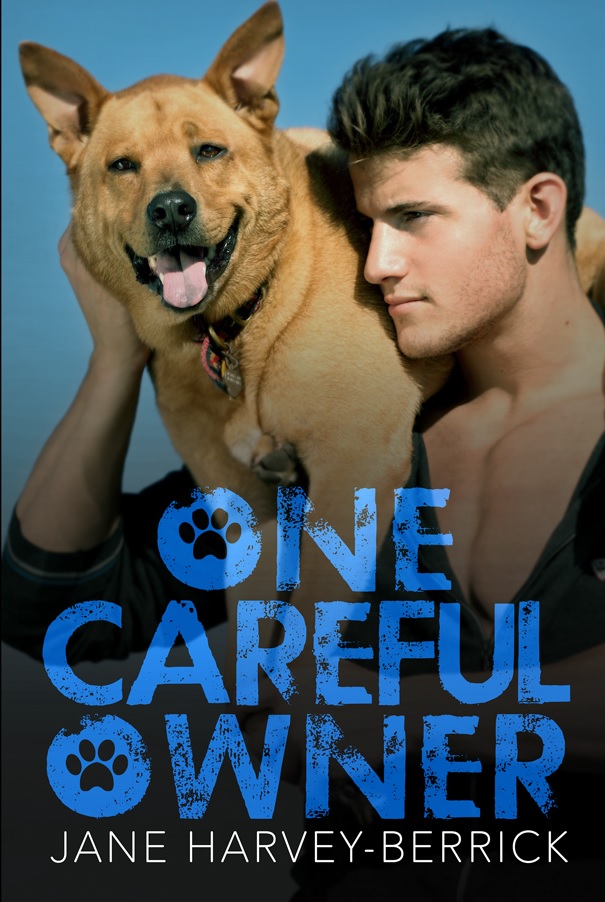 “Take me, all of me, broken and in pieces, or say to hell with me.” WARNING!This book will break your heart!From the best-selling romance author of THE EDUCATION OF SEBASTIAN comes a sexy, heart-breaking and heart-warming story about one man and his dog. (Standalone) Alex is lost and alone, with only his dog, Stan for company. He doesn’t expect kindness from anyone anymore, but sometimes hope can be found in the most unlikely places. He has a second chance at happiness, but there’s a dark side to Alex, and a reason that more than one person has called him crazy.Single mother Dawn is doing just fine. Except that her ex- is a pain in the ass, her sister isn’t speaking to her, and her love life is on the endangered list.At least her job as a veterinarian is going well. Until a crazy-looking guy arrives at her office accompanied by an aging dog with toothache. Or maybe Alex Winters isn’t so crazy after all, just … different.Dawn realizes that she’s treated him the same way that all the gossips in town have treated her—people can be very cruel. Contains scenes of an adult nature. This is a standalone novel with no cliff-hanger. 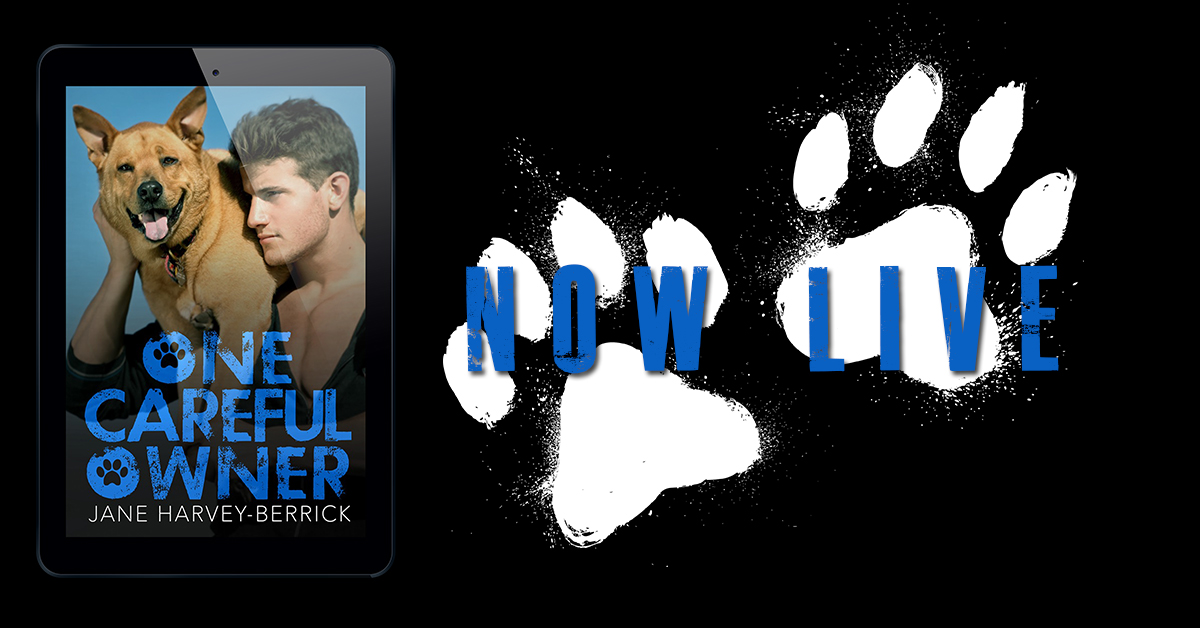 “I had a really nice time today, Alex. We both did.”
He nodded slowly, seeming to ponder my words.
“Nice. Nice?”
“You don’t like that word?”
His reply wasn’t acerbic, if anything, he sounded thoughtful.
“I haven’t had a whole lot of nice.”
I wondered if I should take his words as an opportunity to dig deeper, but he seemed more closed off now and a little sad, and I didn’t want to spoil such a lovely day.
“Nice is good,” I agreed evenly, and was happy when he forced a small smile. “Thank you—for everything.”
I leaned across to kiss him on the cheek, surprised by my own boldness. His eyes widened and he sucked in a quick breath.
Was the world still spinning or had time frozen as we sat there, creatures in the dark our only witnesses?
Is love a disease? An affliction? Or is it something catching? Can you catch love, can you hold it in your hands, can it be communicated like a plague? Or is it like an infectious laugh that makes your eyes water and your stomach hurt, even though the joke isn’t funny?
I’d begun to believe I was immune to love—the kind that exists between a man and a woman. Instead, I’d been gifted an ocean of love for my daughter. I thought perhaps that had filled me full, leaving no room for other love. Other loves.
My lips tingled from the roughness of his day-old stubble.
And is it love when you want someone’s smile as much as you want their body? When their laughter softens your words to a prayer?
My heart began to race.
Or is it sheer animal lust, a torrent of hormones assaulting your blood, heating you from the inside out?
He reached out to touch me, questions in his shadowed eyes as he cupped my cheek. I sighed and leaned into him, eyelids fluttering.
My mother always says it’s the softness of men that she loves most, because it’s at the center of them. Their outsides are hard with muscle; their bodies large, larger than hers—or mine—heavier, stronger. So when a man’s touch is soft, when his fingers drift across your skin like sunbeams, then you’re seeing into his soul.
I never understood. I never believed her.
Until now.
So gently, so very gently, he pressed his dry lips against mine, and I wrapped my arms around his neck, kissing him back.
He tasted of coffee, and he smelled like sunshine and pine forest.
Gentleness turned to want, and want turned to need, and I thought my mother was wrong. I wanted to feel the strength of his body surrounding me, on top of me. I wanted to feel his hardness against me, inside me. I was wearied by supporting the weight of my family alone. I wanted someone to carry me. For just a little while. A single moment.
The wooden arm of the chair pressed into my ribs as I leaned across, and I tried to ignore it. But Alex lifted me onto his lap, shocking a gasp out of me that ended with a soft laugh, because maybe he’d read my mind, because maybe he wanted the same things I did. And then we were kissing again. Again and again for the longest time, hesitance turning to urgency, and long languid kisses to heated mouths and hot sighs.
My fingers fumbled to find the hem of his shirt as I floundered my way down his chest, sliding my palms across warm skin that left shivers in their wake. I started pushing the material upward, and Alex leaned forward and dragged the shirt off, tossing it to the ground impatiently.
All day, I’d longed to touch, yearned to taste, feared to want. I was tired of caution, weary of wading through life alone. If this was just one night, I’d celebrate it forever, and if it was more … well, that was a bridge still to be crossed, a land waiting for discovery.
My hands swept down his back, reading his skin with my fingers as if sight didn’t exist, while we continued to kiss, tongues tasting, learning and teaching. I gripped his biceps, my fingers digging into the ridge of muscle, shuddering with pleasure as he cupped my breast with one hand, the other anchored behind my back to stop me from falling.
Too late.
I’d already fallen for Alex Winters, man of mystery, animal lover, gentle soul, wounded warrior in the battle of life. Or maybe that’s just life. We’re all survivors, one way or another.

Jane is a writer of contemporary romance fiction, known for thoughtful stories, often touching on difficult subjects: disability (DANGEROUS TO KNOW & LOVE, SLAVE TO THE RHYTHM); mental illness (THE EDUCATION OF CAROLINE, SEMPER FI); life after prison (LIFERS); dyslexia (THE TRAVELING MAN, THE TRAVELING WOMAN).
She is also a campaigner for former military personnel to receive the support they need on leaving the services. She wrote the well-received play LATER, AFTER with former veteran Mike Speirs. (https://www.youtube.com/watch?v=hk1CyB8c0xA )
Author Links
Web Facebook  Twitter  Amazon Page Goodreads Instagram