When Baltimore Detectives Lisa Swanson and Winston Lewis discover a sexually explicit profile of Dee Quarter on an online dating site, they are horrified. Dee swears the profile is fake and has no idea who’s behind the vicious attack.

Winston and Lisa think Dee’s scorned ex Grayson Paul is to blame, but Dee believes it could be the actions of a much younger admirer who won’t take no for an answer.

Lisa is happier than ever with Jake Jenson, but the arrival of a new woman in Jake’s life threatens the couple’s bliss. Lisa sets off to prove Rayne Jessup is trouble, but will realize Rayne is every bit as dangerous as she is beautiful.

Secrets are revealed and motives are discovered in the final installment of the popular Bruised Series. 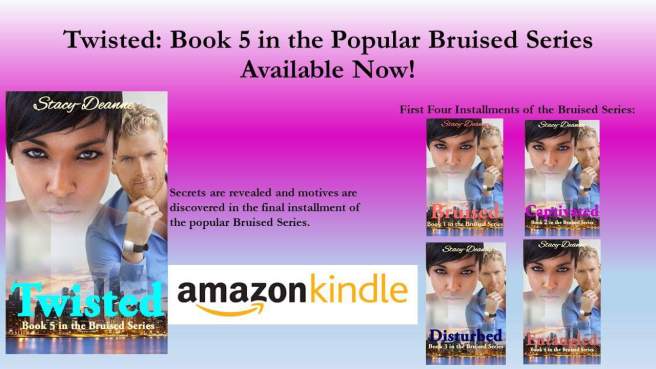