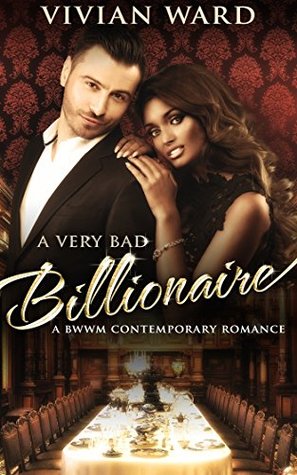 A headstrong employee and a determined billionaire. Definitely makes for interesting “bedfellows.”

Natalia Queens needs a job and the household of Kaiden Melrose requires a new head of housekeeping. Natalia gets the job with the help of a friend, but from her first day, the road is a rocky one. She judges him as a playboy, and he totally ignores her upon their first introduction. Story over, right? Not even. Battle lines are drawn when Natalia finds compromising photos of Kaiden, and she quickly (a bit too quickly FOR ME) goes from accused blackmailer to being part of the plan to catch the real blackmailer.

This is where Natalia and I had problems.

Don’t get me wrong – I like her. She’s gutsy, a hard worker and grounded in her beliefs. Perhaps a little too grounded, because she is over-the-top judgmental of Kaiden and his exploits. I almost started skimming pages…her rants were just that annoying to me.

Kaiden is no angel – his flaws are obvious, but you want to empathize with the guy as you learn his history…and meet his mother – LAWD! HER! But I digress.

Feelings begin to grow between Natalia and Kaiden, even though they both had their misgivings and doubts. It took a while for their blossoming relationship to grow on me, again because of Natalia’s attitude. She overwhelmingly disapproves of almost anything Kaiden-related except for the two of them. WHY does she want to be with him? When Kaiden makes up his mind about Natalia, he goes above and beyond and makes MAJOR disclosures to her. Most definitely commendable, and a feather in his cap, but such trust just didn’t feel earned by Natalia.

To be fair, Natalia’s past was not an easy one, and hearing about her late father is heartbreaking. Natalia is a fighter…a survivor. I admired her for not being weak and wimpy. She was no one’s doormat. Assisting with serving dinner to Kaiden and his parents one evening, Natalia gets a dose of his mother – a rude, arrogant, vile, condescending racist. This woman spewed hatred, and I applaud Natalia for holding it together – not sure I could have. So, when the two lovers are navigating the idea of being together, what does Natalia want? For Kaiden to tell his parents about them!

*Flings Kindle across the room!*

Natalia lost a lot of ground with me for that. I was so proud of her for staying true to herself, even though a bit too high-handed. I felt she should have been more concerned about building something stable and permanent with Kaiden. He chose her. He wasn’t concerned with her skin color or background. He knew what a piece of work his mother was, but He. Chose. Natalia. I saw no point in giving Kaiden that ultimatum, because if they stayed together, his parents would find out anyway, wouldn’t they? *Shaking my head*

Of course, Natalia gained the lost ground back, and then some as secrets are revealed and true natures shown. She is a rock. I believe she even surprised herself at one point.

“A Very Bad Billionaire” is a very good story. The author has developed characters who will have you choosing sides, and all in your feelings. *Guilty!* The plot, while seemingly simplistic in the beginning, turns into so much more, and you end up with someone to hate even more than Kaiden’s mother. (Believe it!)