Sooooo….. turns out Ellis Leigh is awesome beyond what I thought I knew her awesomeness to be, and now that she’s concluded the Feral Breed boys’ stories, we get to have the other characters’ stories. This new series is Feral Breed Following.

And she kicks it off with Cahill from the Appalachian pack. Quick reminder, we met them first at a gathering… alpha Killian… rings a bell? Good.

The Appalachian pack is in a substantial debt to some wolfish version of a brute squad. when they left to find their abducted Omega, they left the pack with the ‘brute squad’s’ protection. Now, months later, the debt is a lot higher than expected, and the way to clear it is cage fights. 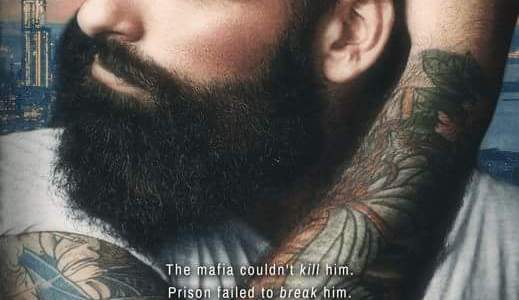 The mafia couldn’t kill him.
Prison couldn’t break him.
Going home threatens to do both.
Miles Capadonno has made some mistakes. Once part of the Capadonno crime family, he took the fall for another member of the crime family who once tried to kill him. At age 17, they put a contract out on Miles’ head for neglecting to complete a job. It was a matter of priority. Miles went to his dying mother’s side instead of picking up stolen merchandise from the ship yard. When you’re in with the Capadonno’s, whether you’re blood or sworn in, when they say jump you jump, when they say kill you kill. Ignoring an order is an offense of the highest degree. When they couldn’t kill him, they let Miles take the fall for another Capadonno family member…